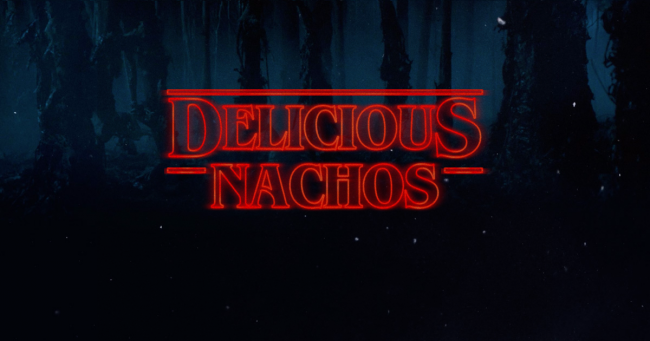 Much has been said about Stranger Things‘ title sequence typography. It’s dang near iconic, and it certainly elicits very specific feelings upon viewing. So, knowing that, Nelson Cash, a design studio, went ahead and created a Stranger Things title generator so you can get in on the typography action without having to bust out Photoshop. And, since this is the internet (what, like you forgot), everyone’s had a pretty solid go at Stranger Things-ifying some of the memes that have occupied our collective imaginations as of late.

Don’t believe me? Check it out.

I even got in on it myself. Sorry, I couldn’t resist.

As you can see, you can’t add spaces, so you’re kind of limited in what you can create through the generator. There’s also a character limit, and if you exceed it, well, this happens:

ok that’s too much, man pic.twitter.com/YycOioiBcq

Plenty of #brands have gotten in on the action, too, Stranging up their company names. A quick search of #makeitstranger should show you.

Nelson Cash also shared a pretty, uh… insightful look at the top 10 “titles” that have gone through their generator.

Oh, and here’s some fun context: more eagle-eyed and elephant-memoried (is that a thing) fans might recognize the typeface as similar (if not identical) to the typeface used on Choose Your Own Adventure book covers. That could explain why so many folks are responding so well to the title cards. The show itself is, after all, something of a love letter to the 80s, and CYOA books certainly played a significant role in the lives of those who grew up in that time.

So, you should head on over to makeitstranger.com and