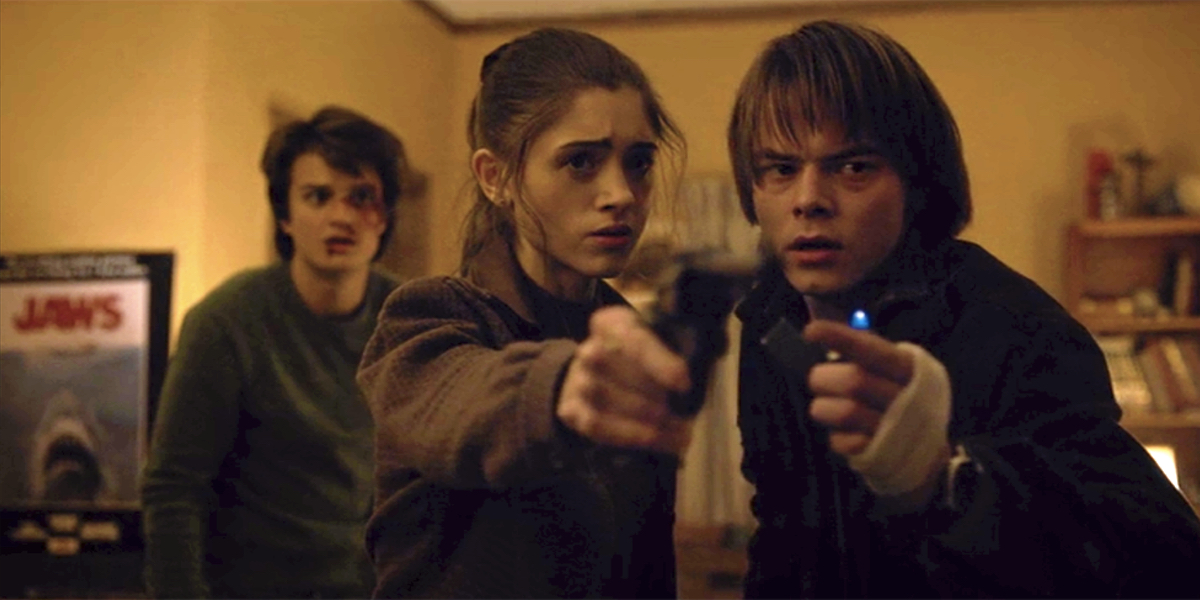 The kids of Netflix’s Stranger Things cast have often not been allowed to just be kids, and their popularity has only served to highlight how the media is too comfortable sexualizing teens and preteens, which has not been missed by their older costars, like Natalia Dyer, who plays older sister Nancy Wheeler.

At 13 years old, Millie Bobby Brown was listed in W Magazine as one of the reasons why television was “sexier than ever,” and Finn Wolfhard had to make a statement when a model made a sexual comment about him when he was just fourteen. To say what has happened to them is “gross” would be an understatement.

Dyer was asked what she thought about it during an interview with The Independent. “There are so many layers going on here. I generally feel like, to me, it’s over-sexualizing them,” she responded. “I feel protective over the younger kids even though they’re not kids anymore, they’re teens. They’re all great people and all having to grow up in very crazy circumstances. As a private person, I just feel like, leave people alone – unless you’re talking about their work or what they want to talk about. It’s a very tricky and complex issue.”

Dyer did add that the sexualization of young actors is “a cultural issue” and that “there must be a bigger concept behind it as to why. Just let people be the people that they are, without any judgment.”

Having seen a lot of this hyper-sexualization happen in real-time, it has been disturbing. Yes, adults often play teens, but in the case of Stranger Things, they are cast in accordance with their age and look the part. This isn’t a new phenomenon. Within my lifetime, I’ve seen the Olsen Twins and the younger cast of Harry Potter among the underage celebrities that get a sexual fandom around them. I’ve even seen this kind of sexualization happen with Aidan Gallagher, who plays Five on The Umbrella Academy.

It’s totally possible to keep your creepy opinions to yourself and your diary. If you must, share with your friends in a group text filled with gifs that properly express your deep shame, but allow these kids to be kids. Mille Bobby Brown may want to experiment with her looks and try to look a little “sexy.” That very normal teen exploration does not mean we, as adults, need to gawk and act as if it means anything more than what it clearly is. Allow the actual teenagers of the world to express their attraction to people their own age, and fall back.

Stranger Things is expected to return in 2021, but until then, Millie Bobby Brown will be sporting her natural English accent in period film Enola Holmes with a floppy-haired Henry Cavill, on Netflix September 23.