Strange Attractors: A Book About Extraterrestrial Sexuality | The Mary Sue

Strange Attractors is a Book About Extraterrestrial Sexuality 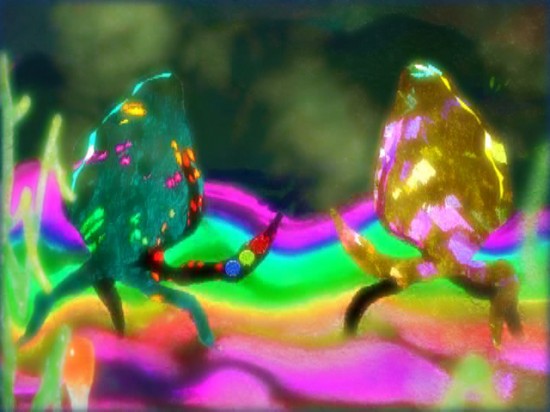 Strange Attractors is a joint effort between Encyclopedia Destructica and the Institute of Extraterrestrial Sexuality (which is a thing that exists) that intends to explore the variety of ways in which alien species might reproduce. The project is planned to be a series of short films, images and written descriptions that fall somewhere between speculative science, sexual thought-experiment, mockumentary and plain old weird-looking stuff. Where the idea behind this project originated I cannot claim to know, but the fact that it even exists makes me want to believe in aliens.

The project is as-of-yet unfinished and looking for funding via Kickstarter, and as of now, it’s a little over halfway there. I’m not sure if I would want a copy of this thing, because I feel like it might creep me out, but I must say, it’s nice to see that people are willing to think this ridiculously far out of the box. Granted, sitting around imagining complex alien sexualities and erogenous zones is a borderline disturbed way to spend your time, but that kind of creativeness has to carry over into other aspects of your life. Right? Right?!

Check out a descriptive video below. Safe for work, but only because they’re Lovecraftian space-beings.