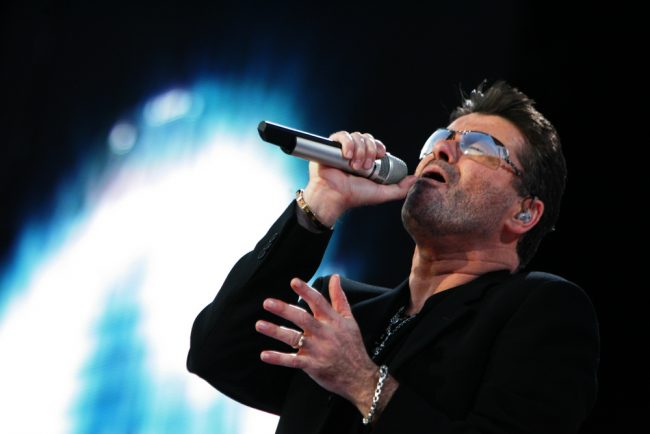 In the days since George Michael’s death, stories have been pouring out about the singer’s incredible generosity. The singer famously took part in the 1984 Band Aid single “Do They Know It’s Christmas?” raising money and awareness for famine relief, but it turns out that that was barely even a speck on the tip of the iceberg that was his philanthropy.

George Michael had a number of charities that he worked closely with, or donated huge amounts of money to, including the HIV charity Terrence Higgins Trust after losing his partner to the disease in 1993. He also donated all of the proceeds from “Don’t Let the Sun Go Down On Me” and “Jesus to a Child” to children’s charities. He didn’t just perform for Band Aid and forget about famine, either—the proceeds of Wham!’s mega-hit “Last Christmas” all went to famine relief work.

He also, like a lot of celebrities, participated in game shows for charity. Except he always promised to put up his own money if he lost.

George Michael was also the only star on HWTBAMillionaire who, when gambling all the charity’s cash, said “if I lose it, I’ll just pay it”.

After his mother passed away from cancer in 1997, he put on free concerts and set aside free tickets to other shows by way of showing his gratitude to the nurses who cared for her. (He also gave 1,000 concert tickets to the staff of the hospital where he was treated for pneumonia in 2011.)

His support for the LGBTQ community, the NHS and the miners marked George Michael out as an activist as well as a great artist. pic.twitter.com/tsKNp22Lr7

But in addition to the charity donations and the free concerts, we’ve been hearing this week story after story of the personal, often entirely anonymous acts of charity to individual people—total strangers whom he happened to see in need.

I wrote in a piece ages ago about a celeb I’d worked with tipping a barmaid £5k because she was a student nurse in debt. Was George Michael.

George Michael worked anonymously at a homeless shelter I was volunteering at. I’ve never told anyone, he asked we didn’t. That’s who he was

A woman on ‘Deal Or No Deal’ told us she needed £15k for IVF treatment. George Michael secretly phoned the next day and gave her the £15k.

All of these stories are incredible, but that last one is almost incomprehensible in its generosity. Imagine to be able to watch a television game show, be moved by a contestant’s story, and then, when they don’t win, send them the money to be able to have a child. And then think of how many wealthy celebrities are able to do that, and that George Michael actually chose to.

What’s even more amazing? That wasn’t the only time he did that. Another woman has just come forward to say that George Michael also gave her £15,000 after hearing her story of needing IVF. In 2010, Jo Maidment went on the talk show This Morning to talk about being denied IVF coverage by the National Heath Service, not to ask for charity but to try to help others with similar struggles. With George Michael’s family’s permission, Maidment went back on the same show to reveal that after seeing her story, the singer sent her the full fee of the in-vitro treatments.

It wasn’t until a few weeks after they got home with their “miracle baby” Betsy that Maidment and her husband learned who the anonymous donor was via a card in a “massive” bouquet of flowers with ths card:

Congratulations to you both. Lots of love to Betsy.

Love from Michelle and George Michael

Today we revealed that thanks to the generosity of George Michael, one viewer was able to conceive baby Betsy through IVF #ThisMorning pic.twitter.com/hWpCyiRg15

In celebration of that spirit (and thanks to a lot of people being jerks online, from the sound of it), Maidment is donating her appearance fee to Childline, one of George Michael’s favorite charities.