I'm Done With All the Dying Dads in TV and Movies, Thanks | The Mary Sue

I’m Done With All the Dying Dads in TV and Movies, Thanks 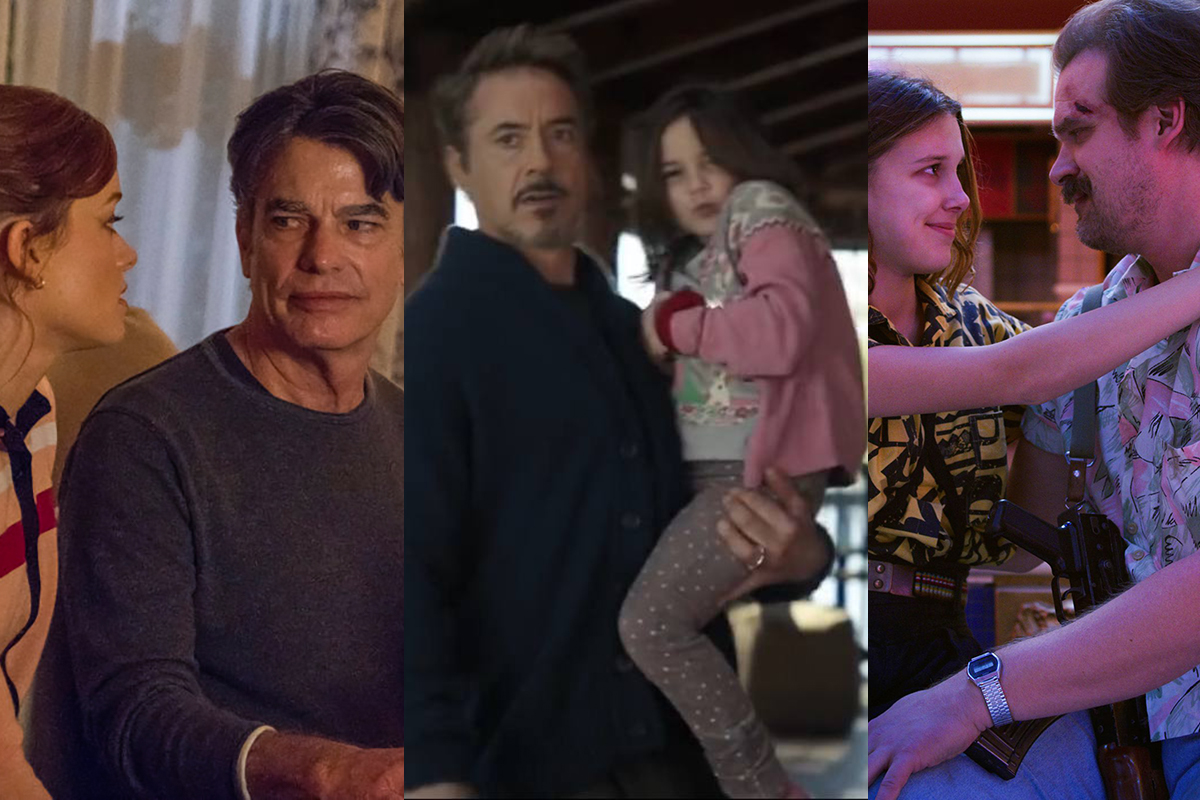 **Spoilers for the season finale of Zoey’s Extraordinary Playlist lie within.**

I’m beyond tired of crying over dead and dying dads. It’s exhausting. For some odd reason, the last year has consisted of multiple storylines where a daughter has to watch her father die. Whether it be from an illness or to take out a larger-than-life foe, these daughters are left without their fathers, and it, in some ways, becomes their storyline.

At first, I thought it was just a happenstance that both Avengers: Endgame and Stranger Things had the daughter coping with a dead dad storyline, but then came Zoey’s Extraordinary Playlist where a major arc throughout the first season was Zoey dealing with her dying father.

So I have a question: Why? I understand that dads die, really I do. I’ve been constantly worrying over the health of my own father since 2000, when he had a heart attack at my best friend’s birthday party and I was watching from the window. I do not like to watch these stories because it always leads to the daughter having to cope with her dead dad.

Let’s look first at Morgan Stark in Avengers: Endgame. The entire driving force of Tony Stark prior to becoming Iron Man was to, essentially, tear down his father’s legacy. I’ve always seen Tony as the kind of father who wouldn’t want that same life for his daughter, probably why they lived in a cabin in the woods. But now she not only has to deal with being a Stark, but she has to do so with her father’s legacy hanging over her head, and she doesn’t have Tony to turn to.

Then, not two months later, we all sat down to watch Stranger Things, and Jim Hopper took on the mantle of being Eleven’s father proudly, only to die (well … we know he’s not dead, but ssshhh, it still counts) and write Eleven this beautiful letter that made her cry. So now she has to deal with the idea of a dead (?) father while growing up.

Then, there’s Zoey’s Extraordinary Playlist. From the beginning, Zoey has been dealing with her father’s (Peter Gallagher) declining health. The show has made no secret about his fate. He’s constantly been dealing with his health, and it has, for the most part, been a huge driving force for Zoey as a character.

Do I think it was a detriment to her as a character? Yes, because we never got to see what Zoey was like before her father got sick. So we’ve only known her as a daughter dealing with her dying father and using her power to not only talk to him but to understand what he’s going through. Her power, which helps her listen to other’s “heart songs,” gave her a way of communicating with her father and understand how he was feeling, since his illness prevented him from being able to speak to his family anymore.

Now, with the season finale, Zoey found out that her father only had one night left to live and that he wouldn’t get to meet his grandson (Zoey’s nephew) because his health was rapidly declining and they were going to, essentially, just make him comfortable as he passed. Zoey had to say goodbye to her father as he died, and the two shared one last dance (due to her gift) as he took his dying breath. As I sat and cried, yet again, about a dead dad, I had to ask myself why this is a trend with fathers and daughters.

Sure, in Zoey’s Extraordinary Playlist, Zoey’s brother and their father share a Billy Joel song together that Zoey witnesses but it’s not this last dance and the show is, also, not centered around her brother.

I would like for one property that I love to manage a father-daughter relationship that doesn’t result in the father dying or going away for an extended period of time (looking at both Avengers: Endgame and Stranger Things with that one, because I still think Tony Stark is coming back with the multiverse, and we know that Jim Hopper is alive in Russia). If you want to show the relationship of a father and a daughter, it doesn’t have to be directly connected to his mortality or, if it is, it can be about her growth outside of it.

With Zoey’s Extraordinary Playlist, we don’t know if we’re going to get a second season but if we do, I hope that we see Zoey’s growth from her father’s death and how she is coping outside of it because right now, I have a feeling it’s going to be a lot of her looking back at their memories and not really showing how she’s doing outside of thinking about her dad.

My hope for the next wave storylines is that we leave the dead dad back in the pre-pandemic era for me and my heart. Thank you.