Stop Calling People’s Rights a “Distraction” From Other Issues 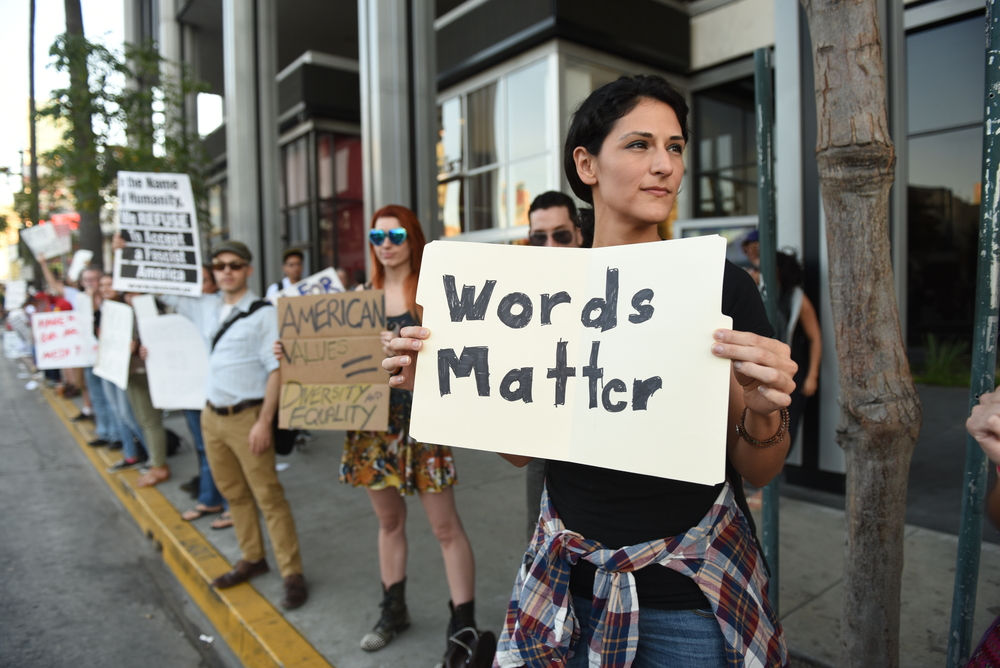 Yes, we’ve all noticed—and rolled our eyes at—people online warning us about what Trump and co. are “distracting” us with while they try to accomplish whatever the messenger believes is more important. Even Stephen Colbert said as much about Trump’s statements on transgender troops in the military yesterday, but that ignores something very critical: It’s all important.

Does Trump try to manipulate the media, and the public, by creating a smokescreen? Absolutely, but just because he sees issues that affect people’s lives as no more than political ammo doesn’t mean the rest of us should sink to that understanding. No matter how he intends them, his words and actions have real consequences for real people, and it’s often the most vulnerable among us who he tries to use for his political gain, or who he’s actively trying to hurt—or both, depending on the situation. He sees them as a distraction because he doesn’t care who he hurts, and that’s not something the rest of us should be trying to emulate. If we stop holding him accountable, things will only get worse, not better.

Donald Trump won the election in 2016. Even while he was a candidate, everything he did had real-world consequences as he emboldened the worst among us, and he’s only grown more dangerous now that he has actual power in our government. Ignoring him is not an option. The Pentagon spent several minutes yesterday worrying that he was about to start a nuclear war on Twitter. As easy as it is to scoff at that, it’s still a very real possibility that we have to deal with, whether we like it or not, and it drives home the fact that we can’t just write off what Trump says.

He won the election as much on “identity politics” as anything else, no matter how much his supporters claim to hate that. (They only hate it when it’s someone else’s identity.) These things that we’re so often told are “distractions”—usually marginalized people’s rights—are also rallying cries for the worst of his supporters and are much too easily ignored by those who are ambivalent towards him or politics in general. If anything, the way we ended up with Trump was that too many people either didn’t care or were actively enthusiastic about the harm he would do to groups less privileged than themselves.

It’s no surprise that general economic policy and healthcare are treated as the “real issues,” while the rights of marginalized people are “distractions.” That’s the very perception that we need to fix, and it was illustrated again yesterday, as Trump tweeted about banning transgender people from the military while the Senate debated over health care. Whether or not Trump’s cynical intent was to use trans issues to distract from health care—or to play on voters’ bigotry to gain support, as a quid pro quo for other bigots to get his ridiculous wall built, or just because he’s a bigot himself—we can’t ignore either of them. Honestly, believing otherwise reveals more about the person pushing that view than it does about what Trump is up to.

I have no doubt his intent, or at least a fringe benefit, was to create too many fires to put out, as usual—the joint chiefs have said that they’re making no modifications to policy based on Trump’s words, and I hope it stays that way—but the solution isn’t to let his hateful words go unchallenged. If Trump’s opponents won’t stand up to his attacks, those attacks will succeed whether he’s really invested in them or not. We can’t let him burn down the kitchen while we put out the garage. We need to have what it takes to save both, or we won’t wind up with anything left worth saving at the end, because he’s not going to stop.