After Receiving Criticism, Stillwater’s Director Is Now Claiming His Movie Wasn’t Inspired by Amanda Knox After All 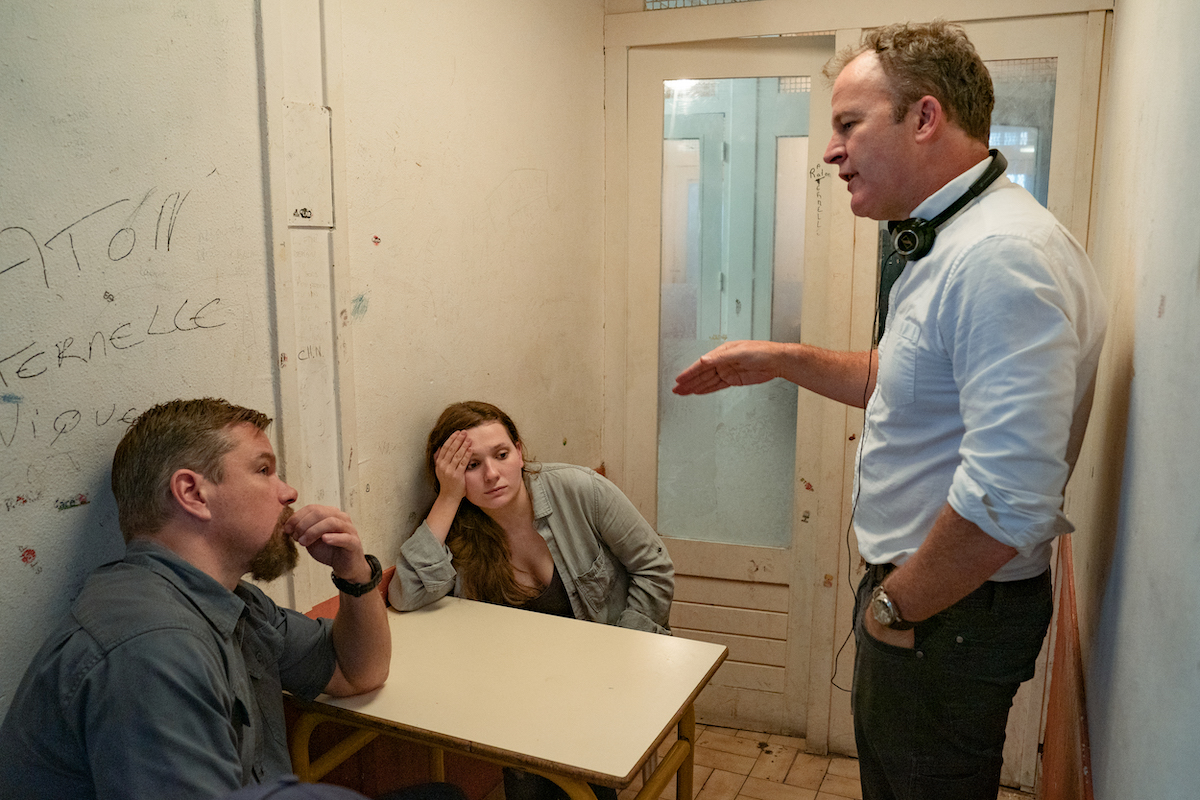 Indeed, anyone with even a passing knowledge of Knox’s experience as an American student studying abroad, wrongly convicted and imprisoned for the murder of her roommate, could watch the trailer for Stillwater and know where the inspiration came from.

“This new film by director Tom McCarthy, starring Matt Damon, is ‘loosely based’ or ‘directly inspired by’ the ‘Amanda Knox saga,’ as Vanity Fair put it in a for-profit article promoting a for-profit film, neither of which I am affiliated with,” Knox writes in her thread.

Now, McCarthy is trying to distance himself and his film from Knox. In a new interview with Variety, he said that his inspiration from the movie was actually just “bits and pieces” from all kinds of things he found interesting, including “a relative of mine who had a fractious relationship with her father; I asked if she minded talking to me about it.”

McCarthy, notably, did not at any point ask to talk to Knox or her father, the person he told Vanity Fair inspired Matt Damon’s character.

When asked directly what he thought of Knox’s criticism, McCarthy told Variety:

I deeply empathize with Amanda and what she went through. She was rightfully found innocent and acquitted in the Meredith Kercher case. She has platforms to speak her truth and engage with the media and she is exercising her absolute right to do so. But, by her own account, she has not seen “Stillwater” and what she seems to be raising feels very removed from the film we actually made. “Stillwater” is a work of fiction and not about her life experience. It does take from aspects of true life events, like many films, but “Stillwater” is about Bill Baker’s journey, his relationship with his estranged daughter Allison and a French woman and her young daughter he meets along the way. The questions the movie poses about American identity and moral authority are what compelled me to make this film. But I do think good films spark conversation in and around the story and I welcome audiences’ engagement in that.

This response feels incredibly disingenuous. Knox does not have to see the movie to trust McCarthy’s own words about taking inspiration from her life. Here’s what he told Vanity Fair in the profile that ran last month:

“There were so many characters around [Knox’s] case that I really followed pretty closely,” McCarthy says. “But really the first thing that I took away from it was, what would that be like as an American student to go over [to Europe] for what should be one of the most exciting moments in a young-adult life and to find yourself in that tragedy? There were just so many layers to that story that kept anyone who was following pretty riveted…. Who are the people that are visiting [her], and what are those relationships? Like, what’s the story around the story?”

“We decided, ‘Hey, let’s leave the Amanda Knox case behind,’” he continued. “But let me take this piece of the story—an American woman studying abroad involved in some kind of sensational crime and she ends up in jail—and fictionalize everything around it.”

Anyone who watches the trailer for Stillwater (which is not the same as watching the film, sure, but a trailer’s sole purpose is to promote a movie, so we can use it as an indicator of the content of the final product) can see Knox’s story in there.

As Knox told Variety, “it’s irresponsible to present a story that is identifiably my story, but the facts in a way that are not reality. If you want to fictionalize a story, really fictionalize it.”

You’re not leaving the Amanda Knox case behind when my face appears on profiles and articles about the film. pic.twitter.com/0JFFetAj1u

No one, least of all Knox, is confusing McCarthy’s fictionalized film with a straight biopic. But just because a story is fictionalized does not mean the storytellers can be so irresponsible with their source material. As Knox lays out in her thread, the movie appears to have taken her story and the story of  Meredith Kercher and “fictionalized” it in a way that lines up with (and thereby perpetuates) the actual tabloid narrative that formed around her trial and imprisonment.

McCarthy said himself that he was inspired by Knox’s story. Now, after receiving criticism, he’s seeming to claim otherwise, even going so far as to suggest that Knox made a mistake and is projecting her own story onto the film, rather than the other way around.

McCarthy says that “films spark conversation” and that he welcomes engagement. Knox says she, too, is trying to spark conversation. Speaking with Variety in an interview following the publication of her Twitter thread, she says she wishes McCarthy, Damon, and any other storytellers who look to real people for inspiration would take steps to engage and listen.

In her own words:

If anything, I wanted this to be a conversation starter, not a mic drop. I genuinely want to have a conversation with them about how they’ve decided to tell stories in the past and in the future, and whether or not they ever considered what I’ve brought up. And, honestly, I don’t think that they considered that. I don’t blame them for not considering all the things that I’ve brought up. But now that I have brought them up, I want to know what they think about it, and I genuinely think that a really good conversation could come from it, in which everyone all around could have a great learning and connecting experience. I’m not afraid to say it like it is, but I’m not out here to vilify them either. I don’t mean to drop a bomb in the water and have it become celebrity wars.

I really mean it when I say I would love to have a conver­sation with Matt Damon and Tom McCarthy about what they intended in turning my story into art, and why it never occurred to them to reach out to me to, at the very least, inform me that something that was going to be dredging up an ongoing trauma that I have, along with what kinds of creative choices they decided to make and how that might impact me. If anything, what I want to really show was not that these are bad guys who are doing bad things, but that these are very likely good guys trying to make good work, and it just never occurred to them that their choice to tell my story, in the way that they’ve chosen to fictionalize it, and the way that they’ve chosen to use my name as a promotional tool, is going to impact me directly.