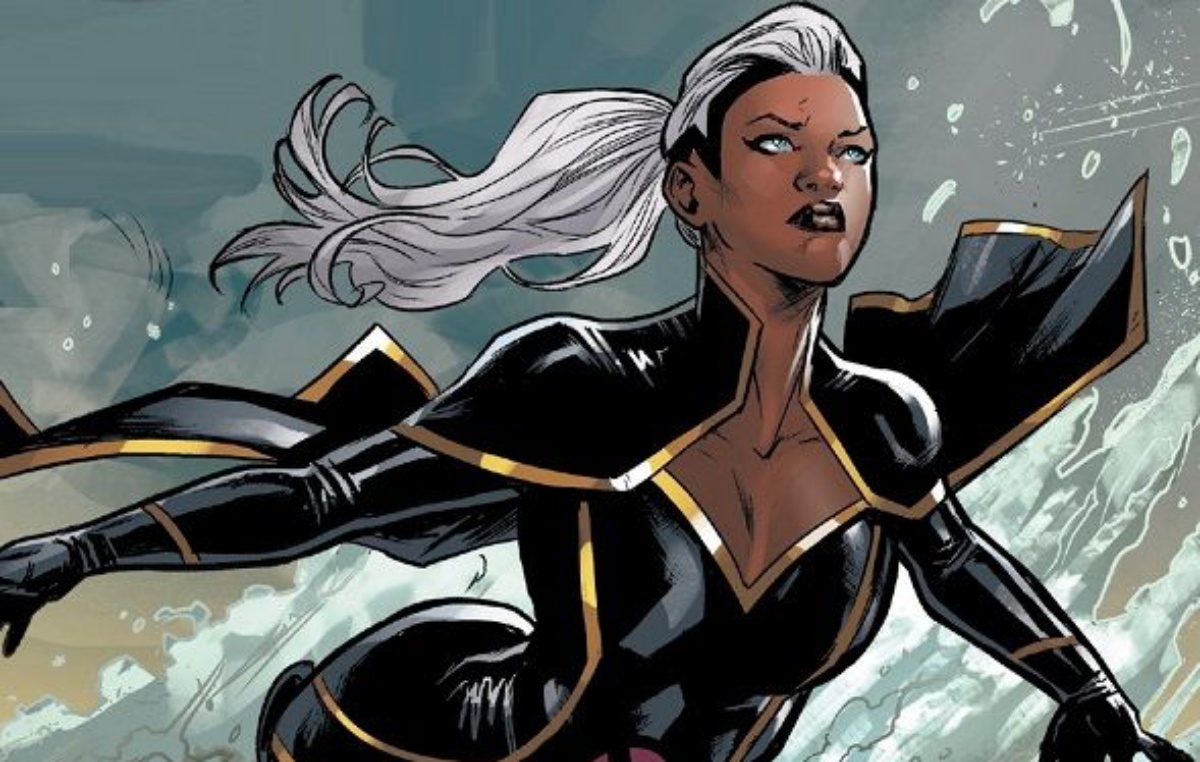 Inconsistency when it comes to coloring in non-white characters has sadly become commonplace. Even characters who are canonically fairly melaninated can get whitewashed on the page for a number of reasons—even in official panels, not just fan art. Sadly, the Goddess of Weather herself, Storm, has become victim of this—again.

Creator Kwanza Osajyefo brought to the attention of many in my Twitter timeline that, in one of the latest issues of Dawn of X, the color of Storm’s complexion is unrealistically lightened.

Osajyefo also pointed out that, while he loves the issue, this is a problem because that’s not how lighting works and referenced Dave Cockrum’s designs, which clearly how that Storm is a dark-skinned woman.

Just gonna leave this here for guidance and #fortheculture pic.twitter.com/t59MvR8ddD

Looking at the responses, it seems people didn’t even recognize the character as Storm because it looks more like Felicia Hardy joined the X-Men than a realistic depiction of Storm. For me, the complexion of the character is not only jarring, but it also looks like all of her Black features don’t even exist at that angle. Whoever that woman is, I don’t know that woman. I’m sorry to that woman.

All of this just reminds me of the confusion I had when I discovered the character of Connor Hawke while reading a Green Arrow/Black Canary comic. Connor Hawke, in the comics, is the son of Oliver Queen and a half-Black, half-Korean mother (unlike the bullshit that happened on Arrow, but whatever), and was initially depicted as having clearly Asian features with dark skin and blonde hair. Yet, reading a collected volume, Conner’s entire phenotype makeup would change to the point where I was legitimately confused as to who this new blonde character was, wondering where the heck was Connor. His complexion kept fluctuating, going from looking completely European at one point, to now being similar to his initial character design.

As a visual medium, the use of color in comics is specific and intentional. There is a specific color to the Spider-Man suit, to Scott’s costume, to Jean’s dress. There is a sense of color consistency that it supposed to be there. Plus, with technology, all you have to do is plug in the proper color code and adjust when needed. At this point, after forty-four years of being a character and lasting as one of the most important Black characters in comics period, it’s about time we got this right, both on the page and in the casting for any upcoming films, cause this ain’t it. Not even close.