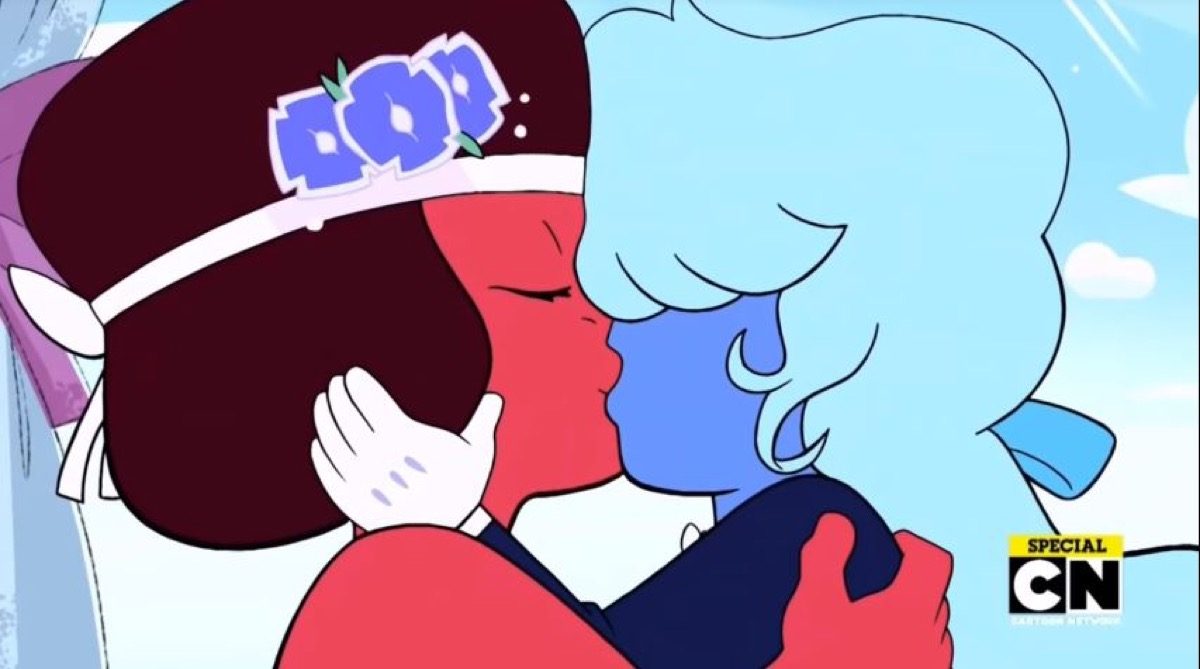 Over the past decade, children’s animation seems to have been undergoing a major revolution in terms of queer representation. From Nickelodeon’s premier of its first bisexual protagonist (The Legend of Korra) to its first same-sex parent couple (The Loud House) and, within the span of a few years, Rebecca Sugar’s revolutionary Steven Universe, there is more canon representation now than could ever have been expected. However, that being said, there is still a lot to be desired in terms of quality and quantity of LGBTQ+ representation in the shows already out there and those that have yet to come.

In 2013, Rebecca Sugar changed the world of children’s television forever with the premier of Steven Universe, a show about a young boy named Steven with lives with a set of magical gem-centered persons called the Crystal Gems, protecting Beach City. The show drew attention not only for its bright, colorful animation and compelling characters (Steven is a cinnamon roll who deserves all the love and care in the world), but also for its exploration of queer identity, featuring an unprecedented amount of Sapphic and non-binary representation.

Within the show, not only is Steven raised by a non-traditional (a.k.a. non-nuclear) family structure, with three maternal figures and one farther, but one of those figures, Garnet, is a fusion of two female non-binary gems who later have a wedding ceremony, creating a milestone in the history of children’s television. The show also features non-binary/intersex representation in the recurring character Stevonnie, a fusion between Steven and Connie, another recurring character, who is now seen as an icon for those respective communities.

In 2018, DreamWorks Animated premiered She-Ra and the Princesses of Power, a reboot of the 1980s series developed by Noelle Stevenson. In addition for portraying a cast of mostly diverse (both in skin tone and body type) characters, the show has received major fan acclaim for its queer representation. Not only does it feature heavily coded queer dynamics between main characters Adora and Catra, but two canon queer couples (including a parent pair featuring two men of color), as well as a prominent non-binary character (played by non-binary icon Jacob Tobia.) 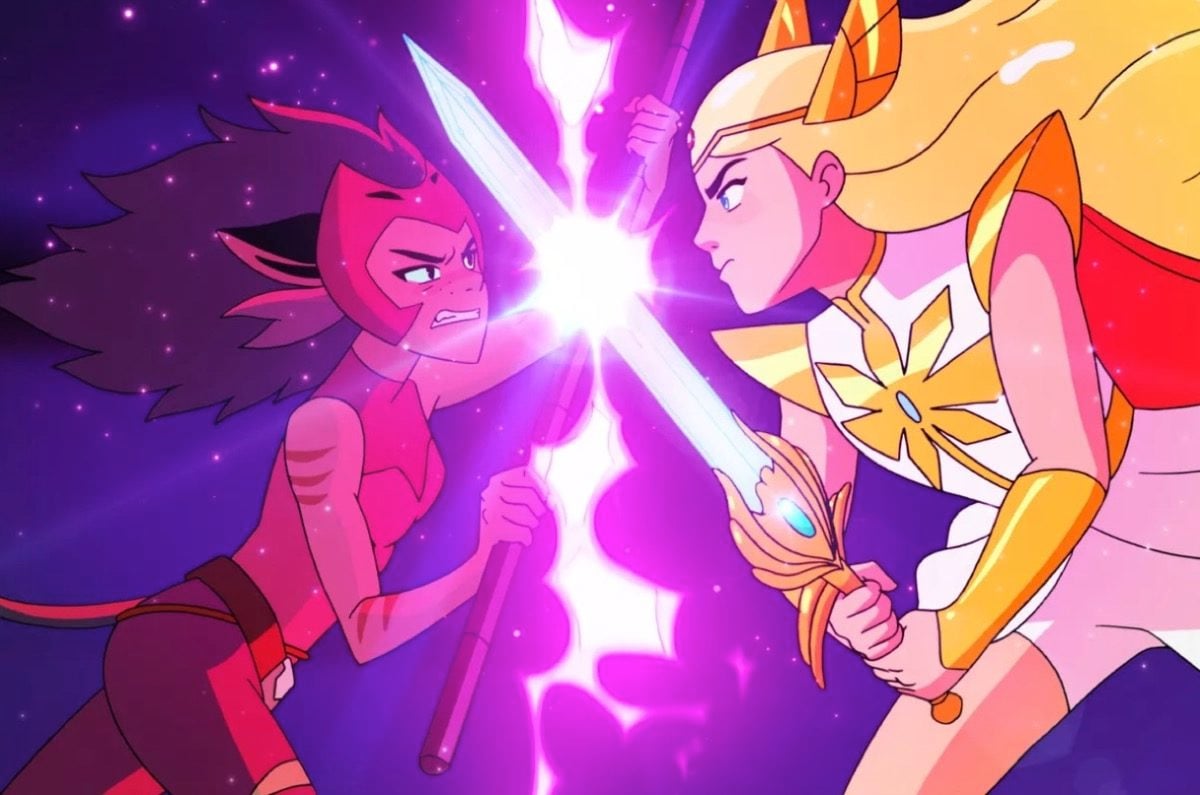 Within the fandom, several comparisons have been made between Steven Universe and She-Ra in terms of excellent queer representation—not surprising, given that the creators of both shows are queen women/people (Rebecca Sugar has stated that she identifies as a bisexual non-binary woman, while Noelle Stevenson identifies as a lesbian).

However, not all queer presentation is created equal. Take, for instance, the show Voltron: Legendary Defender. Like She-Ra, Voltron: Legendary Defender is also a reboot of classic cartoon series from the 1980s, Voltron/Beast King GoLion, focusing on a group of young heroes protecting the universe from an evil alien overlord named Emperor Zarkin while flying around in lion-like mecha suits. When the show first premiered, it quickly received attention both for its stunning animation and captivating character dynamics between the paladins of Voltron, and soon drew questions of whether the show would feature cannon LGBTQ+ characters.

The question was soon answered during SDCC 2018 when the executive co-producer Joaquim Dos Santos announced that Shiro, a major character and leader of the paladins, was gay, and that the show would feature his relationship with ex-boyfriend Adam. However, when it was revealed that Shiro’s partner had been killed before the two could be shown reuniting, many in the fandom were devastated, and rightly critiqued what happened.

While the producers later apologized and featured Shiro getting married to another man and kissing said man onscreen, the controversy highlights that creators need to be more aware of harmful tropes, such as Bury Your Gays, and how damaging such tropes can be when there is already limited queer representation, especially in the animated field. 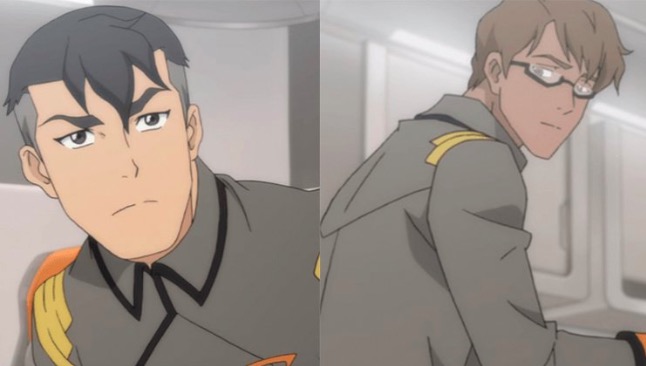 While LGBTQ+ representation has steadily been increasing in onscreen fiction (more so in television than film), there still remains a need for more representation when it comes to youth centered media. For years, homophobic critics, like One Million Moms, have argued against LGBTQ+ representation, claiming that children are “too young” to be exposed so early to queer characters, as though being gay or trans isn’t child friendly. However, as many of us queer kids have always existed, and many are beginning to understand their gender identity and/or romantic leanings from a younger age, thanks in part to representation that allows them to acknowledge their own truths and experiences, rather than deny they exist.

Good LGBTQ+ representation provides audiences the knowledge that queer people can have exciting, nuanced storylines featuring love and adventure, despite harmful messages from society saying otherwise, which is why it is so important to feature better queer presentation in children’s and young adult programs. Right now, Steven Universe Future, a limited series conclusion following the original series, is playing, but when that’s over, who knows what will follow?

Hopefully more queer-friendly animated shows like Steven Universe will continue to be made, showing queer kids that that they exist and that they are just as valid as everyone else.