Steven Universe: The Complete First Season Is Finally out on DVD, and It’s a Gem! 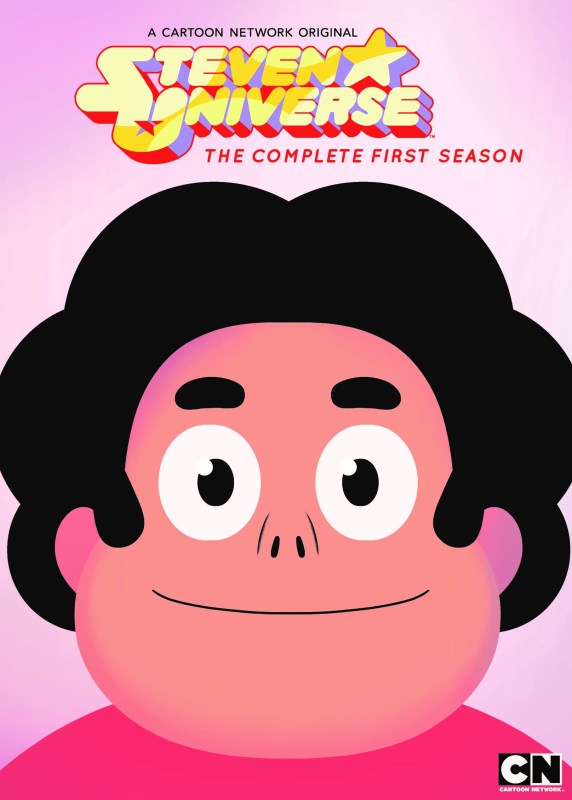 Steven Universe has been around since 2013, and we’re currently in the middle of the show’s fifth season. And yet, despite blocks of episodes being released in drips and drabs on DVD over the years, an entire season of the show has never been made available…until now!

That’s right, Steven Universe Season 1 is finally being released on DVD! That means that, for the first time, you can have all 52 episodes of that first season that aired from November 4, 2013 to March 12, 2015 in one place! You know, for those days when you need your Steven fix and your internet/wifi is out, so you can’t stream it.

For those who have been living under a rock, or who’ve missed out on Vrai Kaiser’s awesome Steven Universe reviews, here’s the official synopsis for the show that has touched the lives and hearts of fans (especially LGBTQIA fans!) all over the world:

Steven Universe is set in Beach City on the American East Coast, where the four Crystal Gems live in an ancient beachside temple, protecting the world from evil. As immortal alien warriors, they project female humanoid forms from magical gems that are the core of their being. The Crystal Gems are Garnet, Amethyst, Pearl and Steven, a young half-human, half-Gem boy who inherited the gem of his mother Rose Quartz, the former leader of the Crystal Gems. As Steven tries to figure out his powers, he spends his days with his human father Greg, his friend Connie or the other Gems, whether to help them save the world or just to hang out. He explores the abilities passed down to him by his mother, which include fusion – the ability of two Gems to temporarily merge their identities and bodies to form a distinct new personality.

Now, the draw of the DVD set isn’t just having the episodes, although that’s definitely awesome. It’s the special features, which any Steven Universe fan will appreciate.

My favorite is the “Behind the Music” featurette. Of course, a huge component of the show is its music, and in this featurette we hear from show creator, Rebecca Sugar, and her composers, Aivi & Surasshu, about their musical process, and the stories behind some of our favorite songs.

Another great exclusive is a recording of a fan Listening Party from the end of last year, which features a Q&A with Sugar, and of course, tons of music. If you couldn’t get to that event in Los Angeles, you can now watch the entire event in the comfort of your own home (say goodbye to crappy YouTube sound and picture quality!),

These, plus commentaries, song demos, animatics, and live performances of some of our faves by Sugar, Aivi, and Surasshu make this a DVD that any Steven Universe fan would be happy to own!

Steven Universe: The Complete First Season will retail for $24.98 SRP, and will be available wherever DVDs are sold January 30th!

(image: Cartoon Network)
Want more stories like this? Become a subscriber and support the site!