Steven Universe Recap: “Escapism” Is Just That, but Not Much More 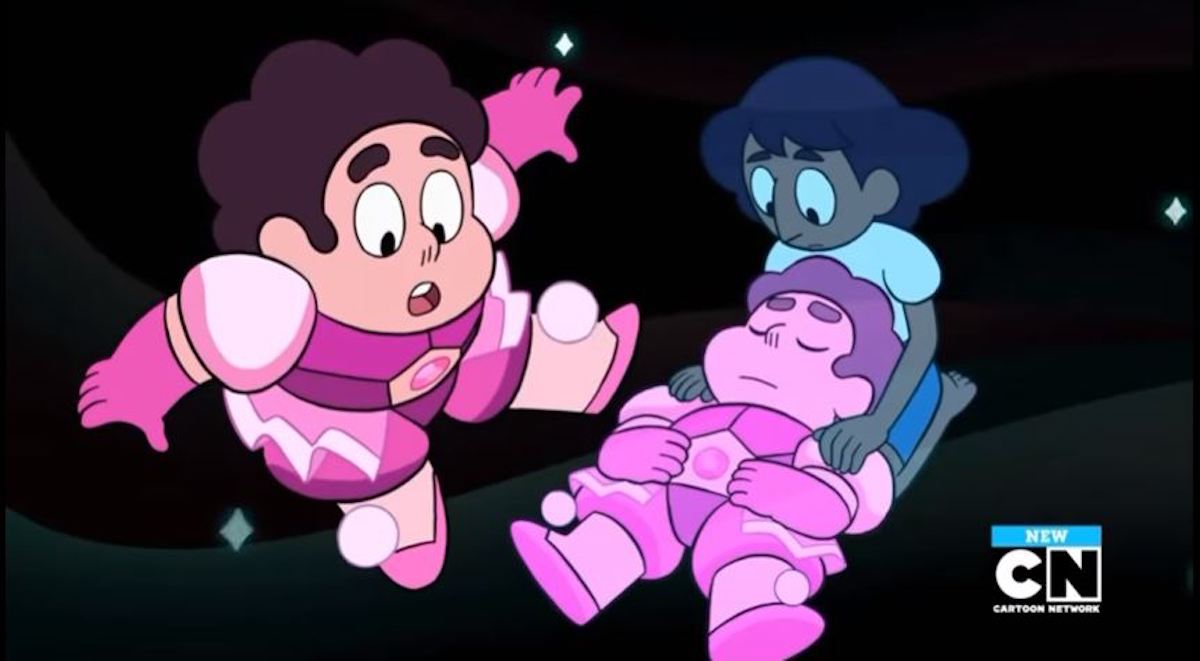 The Recap: Trapped in prison, Steven attempts to reach out to Bismuth back on Earth to ask for help. He’s able to possess the body of a Watermelon Steven and eventually make his way back to the temple, where he’s able to convey the dire situation to both Bismuth and Greg.

Kinda feels like we’re spinning our wheels with this one, huh? It’s not a bad episode—nothing overtly fails, there are a few great jokes (RIP watermelon bird), and the little 2001: A Space Odyssey homage is cute. It’s also clearly a chance for the show’s boarders to stretch their muscles a bit, after the extremely talky court episodes, by telling an almost entirely nonverbal story.

So it’s … fine, but it also feels perfunctory, existing to bridge a logical hole in the story so that the Earthside B-Team can show up dramatically later. And who, exactly, was crying out for a return of the Watermelon Stevens after the Malachite arc was put to rest? They’re rather convenient as players in a boldfaced metaphor for how Steven’s combative and pacifist sides need to join forces in order to provide a workable solution, but they’re not intrinsically interesting.

It feels less like an episode of Steven Universe and more a particularly outer-orbit Adventure Time—which makes sense, because late-season AT showrunner Adam Muto worked as a guest boarder on the episode, alongside SU mainstay Joe Johnston. AT had enough of an ensemble focus that its one-off episodes could be some of the best, but that’s not really true of SU—a show whose plot is far more keyed into its characters’ emotions and personal investment in the conflict than the frequent “the world is big and scary, and we’re raging against it even if we are blips on history’s course” approach of AT—and the attempts to borrow that particular formula generally result in weaker outings.

I feel somewhat cruel shredding such an overwhelmingly adequate episode as I, too, spin my wheels, looking up at the horizon for the hour-long special that’s coming. There’s nothing wrong with the quiet, sunset color scheme that characterizes the back half of the episode as it finally sinks into itself, or the extremely cute-but-baffling watermelon shark.

There’s no denying that not having this episode would make for some extremely clumsy exposition later or require taking up precious time in said upcoming special, and its song is nice, even if it’s extremely odd to hear non-diegetic vocals on this show.

But its dreamy atmosphere also lacks the punch of the show’s other episode-long spooky dream, “Chille Tide,” and it’s tough to recommend people sit down to watch an episode because “well this had to happen to stave off nitpicking later.” Everything neat that happens here is done about as well or better in another episode. It’s … fine.

What it really does is raise anticipation for how Bismuth will get to Homeworld, and whether she’ll bring Greg, and whether Peridot and Lapis have recovered yet, and what Connie’s going to do as the most fragile biological lifeform on the rock planet. It also begs the important question, “Will we ever get to hear Stevonnie for more than two minutes at a stretch again?”

Alright, alright, we’re all already looking firmly forward to that special—maybe wondering what it will mean for the series once this arc draws to a close, thinking about whether yet more escalation could be satisfying at this point, but also what on Earth the series will do if it really does wrap things up with the Diamonds here.

But not thinking of this episode much beyond a nonaggressive shrug.

Actually, wait. I just remembered the return of watermelon dog. 10/10.