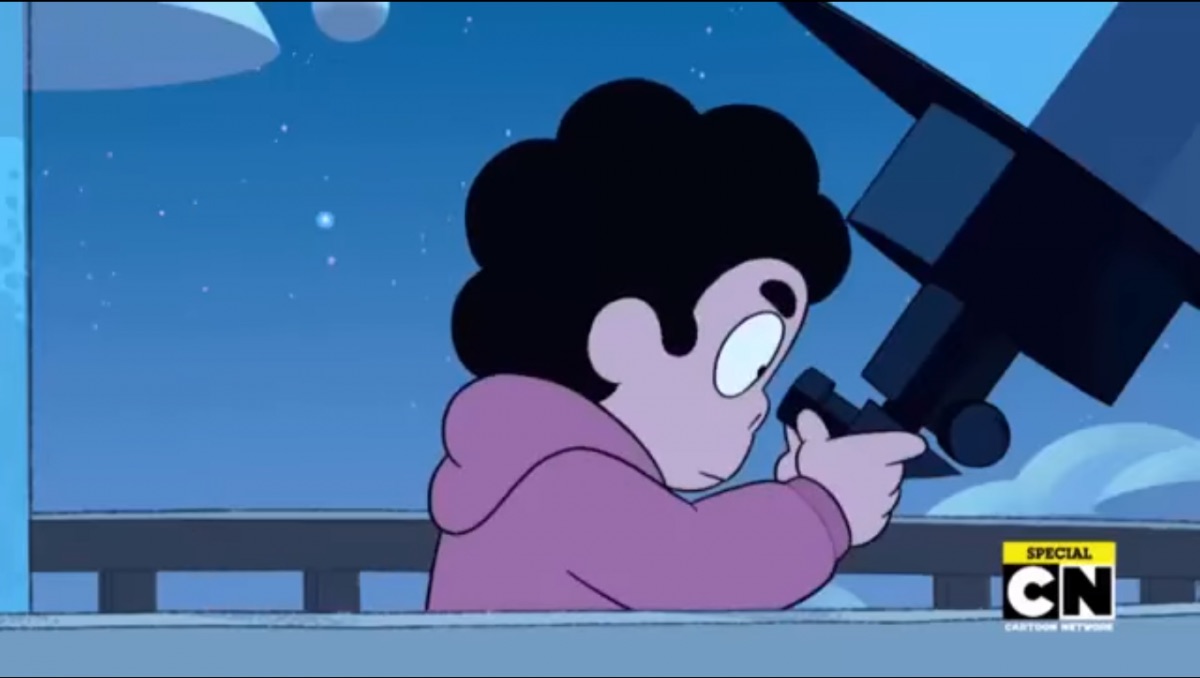 The Recap: Steven finds out that Lapis has hidden herself on the moon, too lonely to fly away and too ashamed to come back home. After almost convincing her to return, Steven dreams of Pink Diamond once again, and sees not Rose but Pearl preparing to shatter her. Lapis panics, running away again, and Steven goes to confront Pearl.

As usual, I begin another round of recaps with a moment of silence for the poor, beleaguered Crewniverse. These episodes have the kind of content that fans have been wanting for ages, and now that we finally have them … whoever was in charge of advertising put prominent spoilers in the trailers. This crew just cannot catch a break.

While it’s tempting to jump to the oft-predicted but still impactful last few minutes, I want to spend some time with Lapis first, who’s had probably the most challenging go of it as far as character writing. Lapis’ arc seems first and foremost to be the crew’s attempt to believably write a character with PTSD. That’s not something one sees often in fiction, particularly for younger audiences, and might be deserving of praise for that fact alone.

But there are several factors that seem to keep getting in the way. First is the ever-present issue beyond the crewniverse’s control: scheduling. To once more underline that emotional disjunction: Lapis left Earth ten episodes ago, but those ten episodes were released over a period of almost six months, and this is the first time we’ve seen her since then. Her story suffers the most from the show’s ensemble structure, as it means packing a lot of intense feelings, slow successes and backpedalings into a very constrained format. In this case, it means finally being on the cusp of fixing things—only for Lapis to run again when the threat seems imminent by episode’s end.

I continue to hold the belief that this is all setting up for Lapis to make a stand and come to Peridot’s aid at a crucial moment (a pretty well-worn but satisfying trope), but having her run away not once but twice feels like a risk of belaboring the point. It runs into the problem often faced when writing serious, slow issues like this: the clash between when something realistic becomes too punishing to watch—as well as connected issues like where the balance is in recognizing the struggles of psychological damage versus the emotional comfort of a recovery narrative (and how to make it for the mentally ill rather than the satisfaction of a neurotypical audience, and …).

The shorthand language of fiction, particularly when there are long stretches between when a character appears, leads the audience to the conclusion that a character is always doing the last thing you saw them doing. It leaves comparatively little room for all the growth Lapis has presumably been struggling with offscreen, and can make her hard to sympathize with when the only times we get to see her are during her backslides. Basically, it’s similar to the problem the show had in the early stages of Lars’ character arc—this is absolutely believable behavior, but it doesn’t always feel like the best use of their screentime.

Jennifer Paz is still making the most of the role, finally getting her chance to sing a sad and lonesome-sounding ballad with some restrained if unsubtle visual imagery of Lapis’ shadow making a place for itself with Peridot and the other Gems. It’s quiet and poignant, but a lot of it gets swept away by those last climactic minutes.

This is the second episode for boarder Miki Brewster, who made her debut on the equally ominous “Jungle Moon.” Pink Diamond is to be her stock and trade for the moment it seems, and I can’t deny she does it well, particularly alongside series veteran Jeff Liu. SU’s silhouette work is often fantastic, able to use minimalism and implication to great effect. Here the size difference is more pronounced than ever before—we knew Pink Diamond was small, but Steven’s dream underlines how much she looks and is treated as a child compared to the other diamonds. And so when it brings in Pearl, even with the writing long on the wall, there’s a whole new sense of dread to the scene.

As a hook into the next episode and the long-time-coming confrontation with Pearl (which was teased way back in “Gemcation”), this episode is a slam dunk. As a Lapis episode, it has a few great highs that are dragged down by the same issues that have increasingly plagued her episodes. Here’s hoping they stick the landing, because I have never pretended for even a minute not to be on that Lapidot train.

Next time: have you been missing the Best Gem?