aka old man who made Jaws yells at clouds. 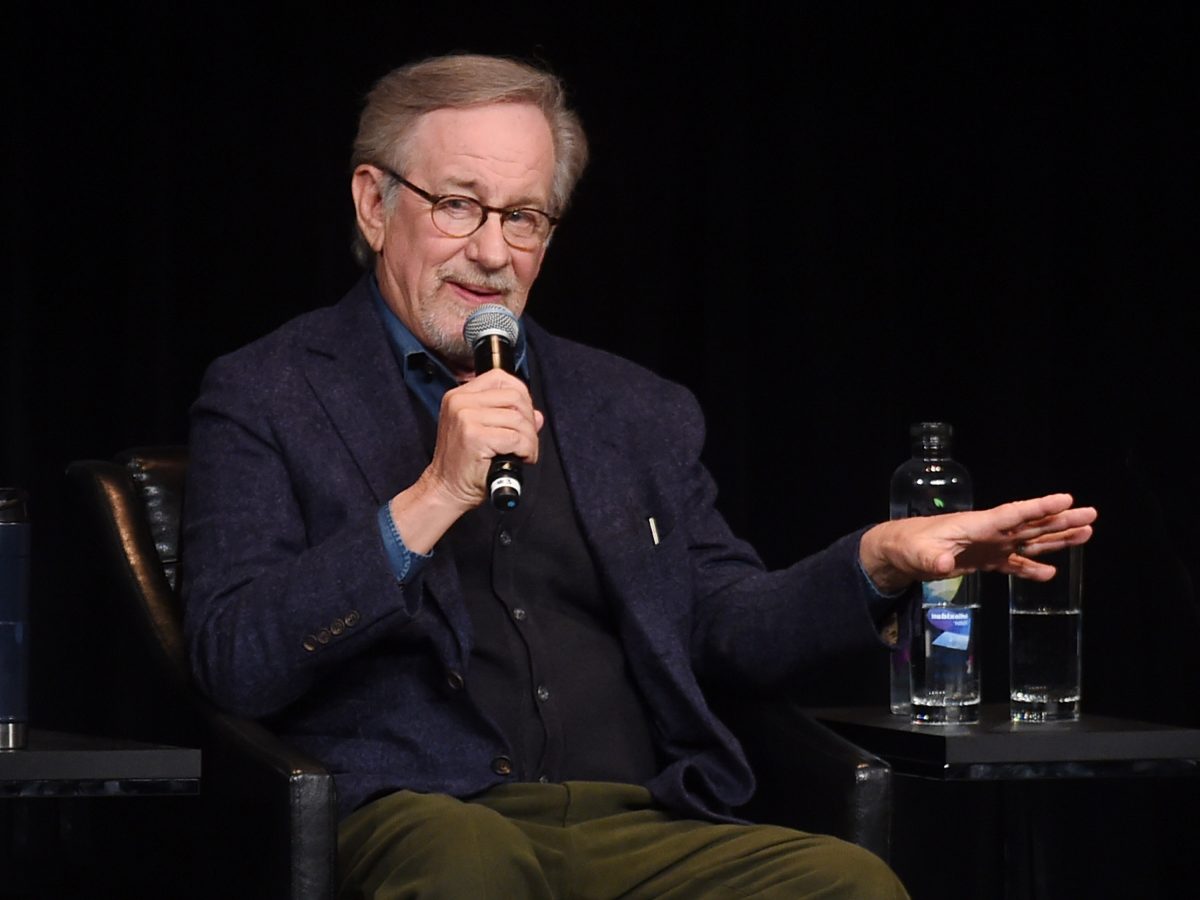 Last week’s Academy Awards saw Alfonso Cuarón’s Roma take home a trio of Oscars, for Best Director, Best Foreign Language Film, and Best Cinematography, in addition to several nominations. But if Steven Spielberg had his way, Roma would be out of the running altogether. The iconic director (who has several Oscars of his own) has publicly said that he disapproves of streaming services like Netflix being able to compete in the Academy Awards.

Spielberg said of the films, “I don’t believe films that are just given token qualifications in a couple of theaters for less than a week should qualify for the Academy Award nomination.” He also believes that SVOD films and content will drag viewers away from theaters and damage the film industry. As the Academy Governor of the directors branch, Spielberg is now making his case before the board of governors.

His company, Amblin Entertainment, released a statement saying “Steven feels strongly about the difference between the streaming and theatrical situation. He’ll be happy if the others will join [his campaign] when that comes up [at the Academy Board of Governors meeting]. He will see what happens.”

But Spielberg’s case ignores both the shifting landscape of modern media and the issues of inclusion and accessibility for marginalized audiences. When filmmakers choose to distribute through a streaming service like Netflix or Amazon, they are widening their audience by millions. Where an indie film of past years may enjoy a brief run in a handful of independent cinemas, SVOD streaming allows everyone to access their content whenever they choose. and as the theater experience becomes more expensive, folks from lower income backgrounds are less able to see these films in the cinemas.

That’s not even to mention that POC, female and queer filmmakers have received greater support from these streaming services, who have stepped in to fill the gap left by studios making fewer films and shifting focus to big budget tentpoles. Ava DuVernay spoke up in support of Netflix, which distributed her film 13th, a documentary about the prison-industrial complex. The film went on to be nominated for an Oscar.

Dear @TheAcademy, This is a Board of Governors meeting. And regular branch members can’t be there. But I hope if this is true, that you’ll have filmmakers in the room or read statements from directors like me who feel differently. Thanks, Ava DuVernay. https://t.co/DFBLVWhiJj

Netflix released a powerful PSA about diverse programming, narrated by Orange is the New Black‘s Uzo Aduba, which featured offerings of exclusively women and POC:

Let's make room for voices yet to be heard, for stories yet to be told. pic.twitter.com/A16DrZwWXI

Many people took Spielberg to task over the issue, and his ignorance of how the studio system he’s trying to desperately to defend if rife with institutionalized discrimination:

It’s possible that Steven Spielberg doesn’t know how difficult it is to get movies made in the legacy system as a woman or a person of color.

In his extraordinary career, he hasn’t exactly produced or executive produced many films directed by them. https://t.co/i88BrApzR8

I've been trying to get one of my movies made for YEARS. So Spielberg needs to have a seat with this legacy talk. We know who that system traditionally benefits. https://t.co/iL7ohpnm23

Steven Spielberg is a legend, but he’s wrong lmao. This is the equivalent of what Blockbuster was thinking when Netflix arrived. Or how these music companies thought they could lock out platforms like Napster (before Spotify, Pandora, etc) to protect the sanctity of “the album”. pic.twitter.com/J9tscChb7E

Taking a family of 4 to see a single movie could easily cost more than an entire year subscription to #Netflix. Sorry, #Spielberg but the average consumer isn't feeling your elitism.

Netflix has only been in the Oscars game for a few years, but in that time they’ve given us the first female nominee for cinematography (Rachel Morrison for Mudbound), a best documentary short award for a film directed by an Iranian-American women about menstruation (Period. End of Sentence.), and the first indigenous woman nominated for best actress (Yalitza Aparicio, Roma).

While Steven Spielberg is a groundbreaking, innovative filmmaker, his stance on this issue feels wildly retrograde. Here’s hoping the Academy is more interested in moving forward than in indulging the whims of of an out of touch icon.