If you give me this, I won't complain about a Joker movie for like five whole minutes. 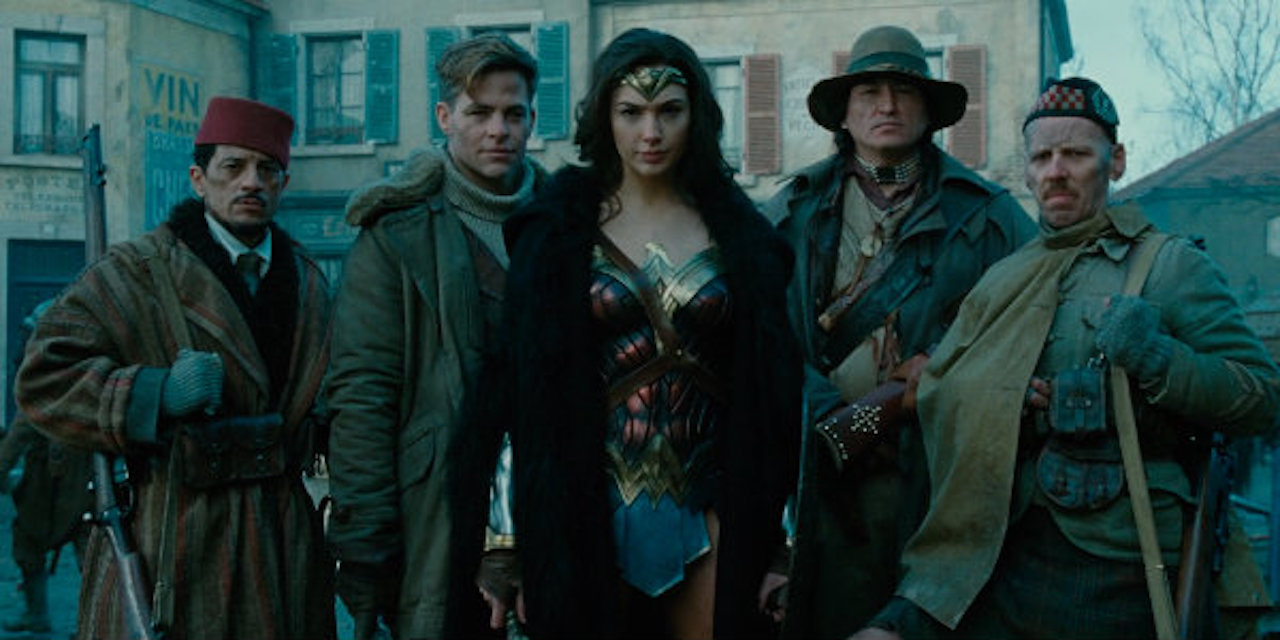 While half of DC’s big name films hang in the balance, the studio has been quietly working on developing a multitude of smaller projects not centered on the Justice League characters.

One such project is Blackhawk, based on the DC comics team of soldiers and spies in WWII. Despite being a bit of a hot mess of a franchise, the studio scored Steven Freaking Spielberg to direct the project following his work with Warner Bros. on Ready Player One.

Spielberg told Variety, “It was wonderful working with the team at Warner Bros. to bring Ready Player One to the screen. They bring a blend of passion and professionalism to everything they do and have a tremendous history in this genre. I am excited to reunite with them on Blackhawk.”

The union of Spielberg and this title makes sense, since the director has a passion for stories about teams of soldiers in WWII. However, when I re-dug up the news yesterday to see if I hadn’t made it all up and to see if the project was still in development, I found myself hoping that Spielberg puts a new spin on the material and sets it shortly after WWI to utilize some familiar faces from DC’s current flagship Wonder Woman.

As the Official #1 Fan of All of Diana’s Friends (cue the cry for an Etta Candy TV series), I have been hoping for more canon centered on Diana’s unlikely band of allies. While Marvel went for vaguely bland tropes for Steve Rogers’s best buddies the Howling Commandos, Patty Jenkins let Steve Trevor’s gang of weirdos — con man Sameer (Saïd Taghmaoui), sniper Charlie (Ewen Bremner), and smuggler Chief (Eugene Brave Rock) — each have fairly strong presences and their own moments in the spotlight.

Some of the more underrated moments in the film come from Diana’s interactions with them, such as Sameer and Chief pointing out the racism they’ve both faced throughout their lives. While the three, who were original characters created for the film, have appeared in a handful of poorly characterized comics since their on-screen debut, it’s been dead silent on whether we’d see them again in any capacity during the DCEU’s future run (though a production release seemed to hint at Taghmaoui and Bremner making appearances in Wonder Woman 1984).

Prior to the release of Wonder Woman, there was speculation that the three could be tied to the Blackhawk Squadron courtesy of Bleeding Cool, that speculated that both Sameer and Chief could be adaptations from the squadron (though if so, please use Brave Rock’s own interpretation of his character rather than relying on what looks like a very stereotyped role). It’s worth noting that Taghmaoui seemed to hint at this by tweeting the side-by-side image of his character and comics character Andre Blanc-Dumont, a member of Blackhawk Squadron. When Wonder Woman came and went and their was little to support the theory, the speculation faded somewhat, though the announcement of the project did rekindle some discussion.

I have to say, perhaps my bias is showing but having these three reprise their roles for Spielberg’s film would be a smart choice. Teasing a tie to DC’s most profitable title would definitely get audiences excited, and think of all the spec pieces that would be run based on whether or not Diana would appear. The canon currently points to the trio still running missions after the end of WWI with the bonus scene included on the digital and blu-ray release showing that they and Etta went on a mission to retrieve the Mother Box of Justice League fame shortly after the film ended.

It came out shortly after Wonder Woman‘s release that Elena Anaya, who played villainous Dr. Maru in the film, was contracted for multiple films in the DC universe. It would seem odd to have a secondary villain locked down for a sequel or two and not any of the supporting heroes, but I am not involved in that side of the business so I’ll try not to comment too much on that.

There’s also the fact that the three were given fairly rich characters for being the backup to Diana and Steve’s wartime heroics. Charlie gets arguably a completed arc as he dealt with alcoholism and PTSD, as the bonus scene shows he seems to have stopped drinking. Sameer talks about his dreams of being an actor and how he never wanted to be a soldier; that’s a basic outline for a future arc right there. Brave Rock hinted that his character might be a demigod on Twitter, which I feel like should be explored in an actual film if it’s true. The film also makes their odd friendship clear, and it would be a shame not to explore that since the current Wonder Woman comics have them all at each other’s throats constantly.

The actors also did an excellent job with the smaller roles, which others have noted if you skim the reviews for the film. I’ve been a fan of Taghmaoui since his short-lived role on LOST, and Bremner since I watched Trainspotting at a far too young age; I wasn’t familiar with Brave Rock prior to the film, but his performance is excellent and made me want to see more of the role. They’d be strong additions to whatever ensemble Spielberg is planning to unite for the project.

As the DCEU struggles to find footing again, having a couple films set in the Wonder Woman corner of the universe might be a safe bet. While none of these guys are particularly fan favorites, they’re compelling enough to at least play larger supporting roles in Spielberg’s project, if not be the primary protagonists.

A Wonder Woman shared universe sounds far more appealing than a standalone film that’s basically Saving Private Ryan but DC.  Plus, there’s potential for a future crossover with Wonder Woman if Jenkins and co. keep jumping around in Diana’s pre-Justice League timeline should the film do well, since we know she was apparently not moping and actually running around saving the world prior to 2016.

This is purely speculation, but hey, if we’re going to get this film, might as well utilize some familiar faces. There is no word on when casting will be announced or when production will begin, so there’s still time for my pleas to fall on DC’s ears. Since Wonder Woman 1984 will most likely not include these guys, there’s no need to worry about messing up the timeline. It’s a good choice, and allows for interesting character development as well as a way to connect the film to the larger DC universe. Give this one, singular fan what she wants. Come on.