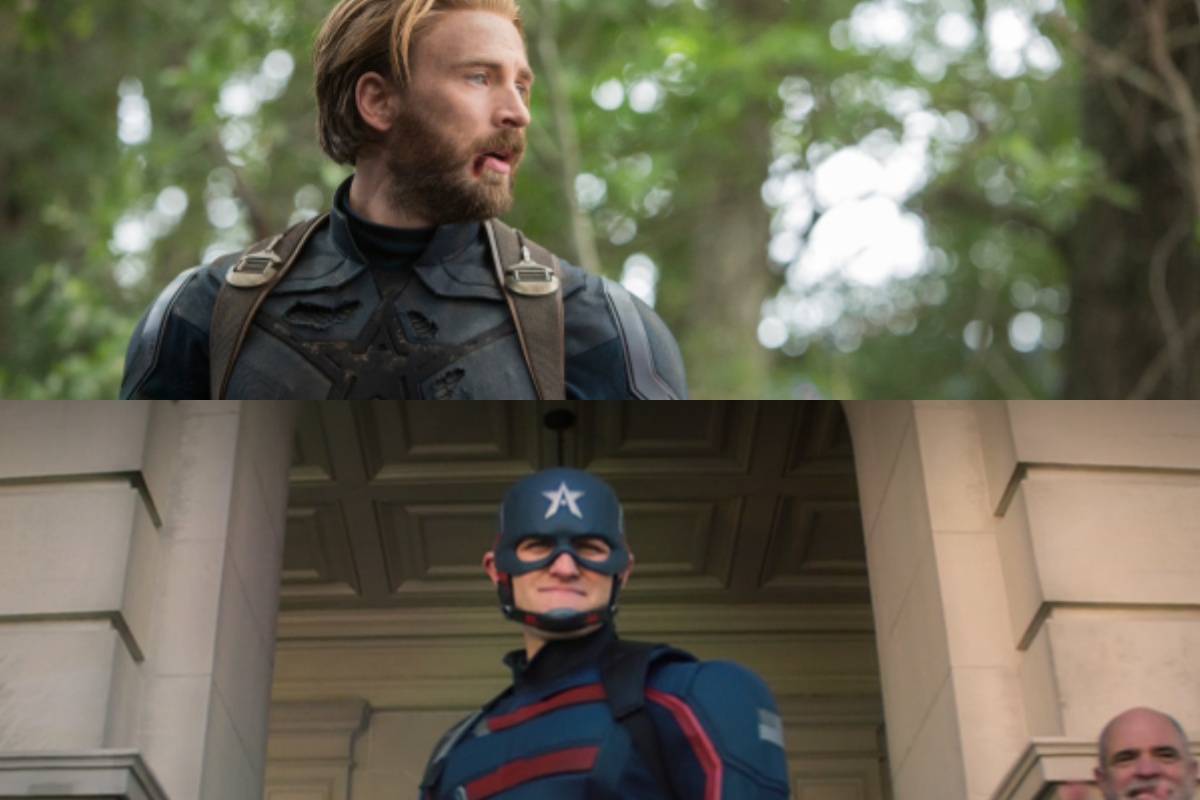 Wyatt Russell, who plays John Walker on the Disney+ series, The Falcon and the Winter Soldier, got the reaction I’m sure he expected when the world saw him take on the shield and become the new Captain America. While the memes have been fun, what I think is actually really interesting is how much our vision of Steve and Captain America himself is wrapped up in Chris Evans’s optics and the charm he brought to that role.

Captain America: The First Avenger may not have been a perfect film, but what it did really well was illustrated to the audience that Steve was the perfect human to be given the power of the super serum. I mean, it is one thing to be told he was good enough to hold Mjǫllnir, but we truly believe it because of who we know Steve to be: a good guy who fights bullies. Regardless of who they are.

Which raises the question: who is John Walker?

“There’s elements to him where he wants to be able to do it without the super soldier serum. Just be that good,” Russell told The Wrap. “He does have those ideas in his head of wanting people to like him, like his version of Captain America. It sort of gets rained on and causes him to have to rethink how things are going to be done.”

In the comics, Walker has a whole backstory. Still, I don’t want to dive into that because, frankly, my unease about the character is less about the comic book origins and more about how we have been asked to unpack the relationship between the MCU (and frankly, most media) and the American military. Many films have government contracts, but Marvel movies have large ties to the military. Even Captain Marvel was used as part of the Air Force recruitment (all while never addressing the sexism and violence female pilots have had to deal with in their Air Force).

During the second episode, we get a proper look at Walker and find out, via an interview with real-life journalist Sara Haines, that Walker is the “first person in American history to receive three Medals of Honor. Ran RS1 missions in counter-terrorism and hostage rescue.”

Walker is military excellence in a way Steve never truly was. Remember, Steve was turned down repeatedly and was first used as a superficial figurehead, then an actual soldier initially following his glow-up. Not to mention, he served during WWII against Nazis and before American exceptionalism and the American military-industrial complex became a thing. A thing his (lol) contemporary President Dwight D. Eisenhower warned against. Steve joined and served right before the American eye became the world’s Watchtower. That is why we can see Steve’s Captain America as not just a force of military American exceptionalism, but a force for good that happens to wear that particular costume.

So when Walker says he wants to be the best “Captain America” he can be, does he understand that for Steve being Captain America was not just acting in best for America, but the good of others because when you have the power, you should use it altruistically?

“The military man of World War II is just very different than the military man in today’s age. They just operate differently; the PR machine operates differently. There’s many more opinions about what military should be what their roles should be in the world,” Russell continued. “[Walker’s] a little bit of a guy who’s just been good at doing his job. And he’s done this to serve and protect, based on some of the things that Steve did, and feels like he just wants to do the job but people aren’t necessarily willing to accept him as the person to do it.”

The Falcon and the Winter Soldier has a great opportunity to explore what American exceptionalism looks like, how it ties into our military, and what it means to be a hero but with a government overseer.