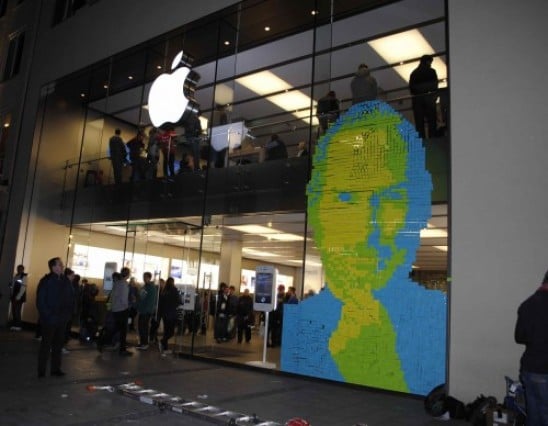 The above mural of Steve Jobs, reportedly created with 4,001 Post-it notes, was erected on the window of an Apple store in Munich, Germany. The mural only uses three different colors of notes, yellow, green and blue, and took a team of five people around six hours to complete, using only a sheet of A4 paper with an image of the finished product on it as their guide. As one can see from the photo, the mural is tall, measuring in at six meters in height. Head on past the break for another picture of the mural, as well as a time-lapse video of the mural’s construction. 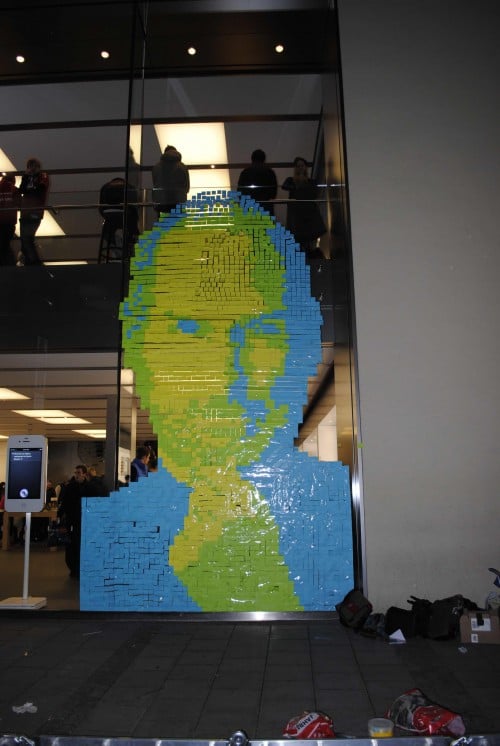