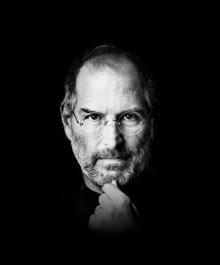 NBC Nightly News anchor Brian Williams nominated Steve Jobs for Time magazine’s Person of the Year. If selected, Jobs would be the first posthumous winner of the prestigious award. Both Mario Batali and conservative lobbyist Grover Norquist supported Williams’ nomination of Jobs. Williams’ nomination speech, nominating not only Jobs, but his pioneering spirit.

“One guy, who changed our world, and I said to Seth Meyers as we walked across 6th Ave, ‘Just look with me on this one block walk at how he changed the world around us. Look at how he changed the world.’ Not only did he change the world, but he gave us that spirit again that something was possible that you could look at a piece of plastic or glass and move your finger – that’s outlandish. You could make things bigger or smaller like that. ‘Oh the places you’ll go’ and oh the way you will change forever the music and television industries. So may he rest in peace, Steve Jobs, and the spirit he represents, are my nominee for Person of the Year.”

Along with Steve Jobs, actors Jessie Eisenberg and Seth Meyers nominated angry people for the award, referencing Occupy Wall Street, as well as the Tea Party. Meyers stated he thinks angry people should be the Person of the Year because they are right to be angry:

“I think I would join with Jesse and I do think that angry people are the Person of the Year because I think they’re right to be angry.”

Time’s Person of the Year will announced sometime in the middle of December.

Steve JobsTime Person of the Year