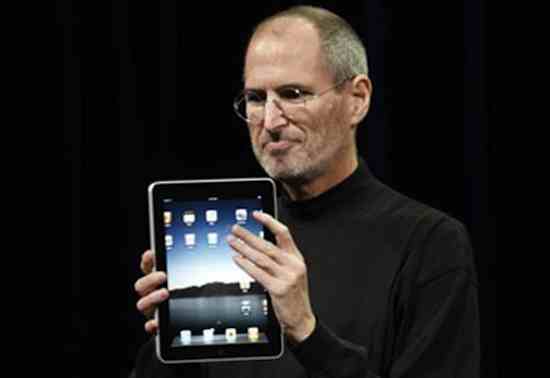 For all of the tension in Steve Jobs‘ dissertation on his antipathy to Flash, the nut, I believe, is this:

Since that golden era, the companies have grown apart. Apple went through its near death experience, and Adobe was drawn to the corporate market with their Acrobat products.

Each of the two companies has known multiple iterations. Apple has had three: the Jobs (and Wozniak) era (’76 – ’85), the non-Jobs era (’85 – ’97) and the re-Jobs era (’97 – now). Adobe, two: the John Warnock/Chuck Geschke era (’82 – ’00), and the post-Warnock/Geschke era (’00 – now). The “golden era” Jobs refers to above encapsulates a large part of that 1982 – 1985 overlap (and somewhat beyond), with the development of PostScript, the Macintosh, and the Apple LaserWriter. The companies built desktop publishing in concert: Apple, the hardware side, Adobe, the software.

The critique Jobs makes in the quote above is acidic. Apple, Jobs implies, returned its time meandering through the wasteland to the principles that made it strong. Adobe, once Warnock and Geschke left, strayed — trading innovation for expansion.

But his critique is also pretty accurate. I worked for Adobe (very happily, I’ll note) during the transition between eras, starting in 2000 and ending in 2003. The charge Jobs makes was obviously true when I worked there. The corporate focus was on expansion of Acrobat while holding the core Photoshop / creative user base. There was a great deal of tension internally as the charts shown at quarterly staff meetings showed more and more growth in Acrobat, and relative flatness in Photoshop and creative tools. The reactions in different parts of the room betrayed the mixed allegiances of developers and marketers.

There are obvious hypocrises in Jobs’ points about the openness of Flash while extolling the App Store. But I suspect that a core component of the fissure between the companies is that Adobe, by focusing on the business aspects of Acrobat, became Windows-focused.

And to Jobs, that betrayal is as much of a problem as anything.

The author of this post, Philip Bump, is a former Adobe employee. You can check out his personal blog here.