In a Surprise to No One, Trump and His Team Can’t Live Up to Their Own Racist Immigration Standards 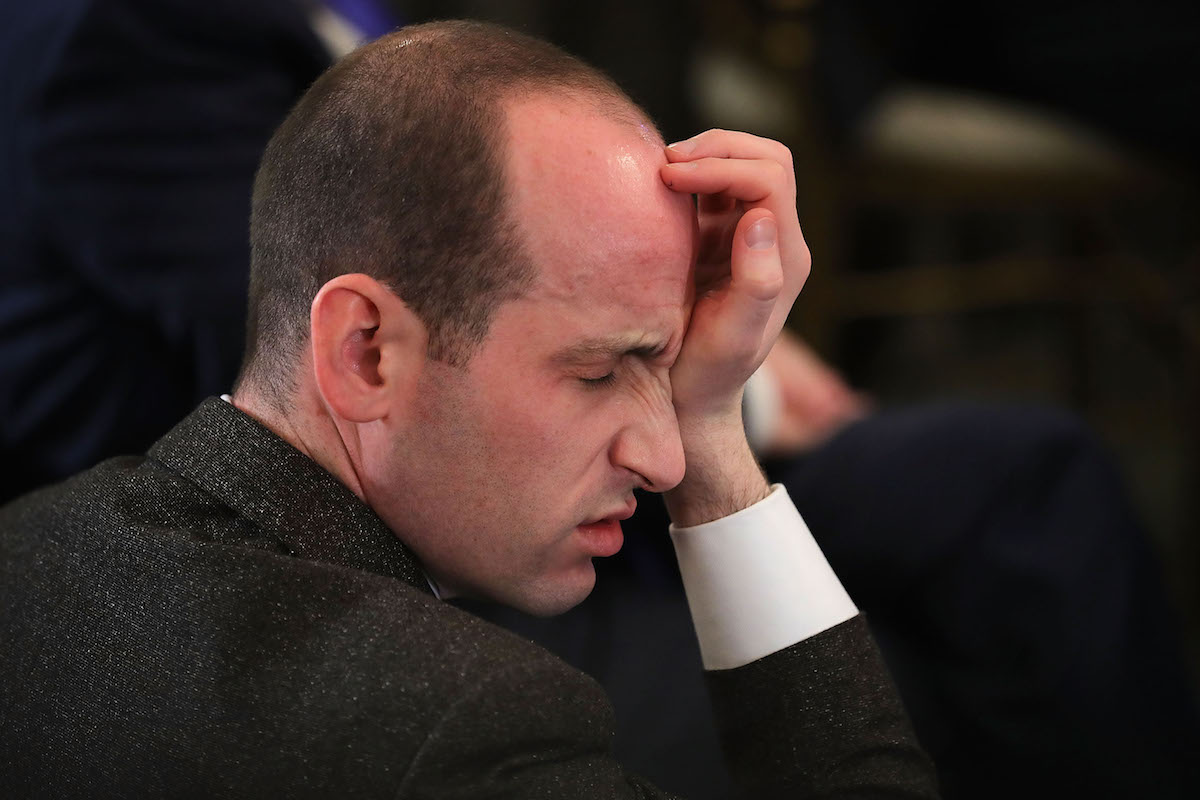 Yesterday, Politico published an essay about Trump’s top racist immigration advisor Stephen Miller, and the hypocrisy of his anti-immigrant policies, given how greatly he and his family have benefitted from U.S. immigration policies. It’s hard to argue with the facts of that stance, as the piece was written by Stephen Miller’s uncle.

His uncle, David Glosser, writes, “I have watched with dismay and increasing horror as my nephew, an educated man who is well aware of his heritage, has become the architect of immigration policies that repudiate the very foundation of our family’s life in this country.”

Miller is the lead mind behind, among other things, the abhorrent decision to separate children from their parents at the U.S. border. Glosser says “dozens of family members” supported him in writing this essay.

“I shudder at the thought of what would have become of the Glossers had the same policies Stephen so coolly espouses—the travel ban, the radical decrease in refugees, the separation of children from their parents, and even talk of limiting citizenship for legal immigrants—been in effect when [Miller’s ancestor] Wolf-Leib made his desperate bid for freedom,” he continues. “The Glossers came to the U.S. just a few years before the fear and prejudice of the “America first” nativists of the day closed U.S. borders to Jewish refugees. Had Wolf-Leib waited, his family likely would have been murdered by the Nazis along with all but seven of the 2,000 Jews who remained in Antopol. I would encourage Stephen to ask himself if the chanting, torch-bearing Nazis of Charlottesville, whose support his boss seems to court so cavalierly, do not envision a similar fate for him.”

Miller’s hypocrisy has always been glaring. Since he was a child, his peers recall seeing him as, essentially, an over-privileged affluent twerp with nothing to rebel against, so he became a racist troll for the LOLz of it. Which is an easy thing to do, I suppose, if you’re a vile hypocrite who has already reached the limit of how you can benefit from the U.S. immigration system.

As Glosser notes, his nephew is not the only immigration hypocrite in Trump’s close sphere. “Acting for so long in the theater of right-wing politics,” he writes, “Stephen and Trump may have become numb to the resultant human tragedy and blind to the hypocrisy of their policy decisions. After all, Stephen’s is not the only family with a chain immigration story in the Trump administration. Trump’s grandfather is reported to have been a German migrant on the run from military conscription to a new life in the United States, and his mother fled the poverty of rural Scotland for the economic possibilities of New York City. (Trump’s in-laws just became citizens on the strength of his wife’s own citizenship.)”

Trump has long railed against “chain migration,” the ominous name given to the family-based immigration process by which American-born or naturalized children can sponsor visas for their parents (and other family members). Anti-immigration advocates call this a “loophole” in our immigration system. Melania Trump calls it “the way my parents just became citizens.”

CHAIN MIGRATION cannot be allowed to be part of any legislation on Immigration!

Despite Donald Trump’s ALL-CAPS condemnation of family-based migration, his parents-in-law were sworn in as citizens earlier this month, having used the exact path Trump and Miller have yelled so loudly about.

It’s not like the Democratic party is free of hypocrisy. But it honestly seems to be a fundamental tenet of Trump’s entire administration, especially when it comes to immigration. If they would just come right out and say that their views are rooted in racism, not strict blanket immigration … well, it wouldn’t be less awful, but at least it would be honest.