Stephanie Grisham Is Out as Donald Trump’s Press Secretary, a Job You Probably Forgot She Even Had 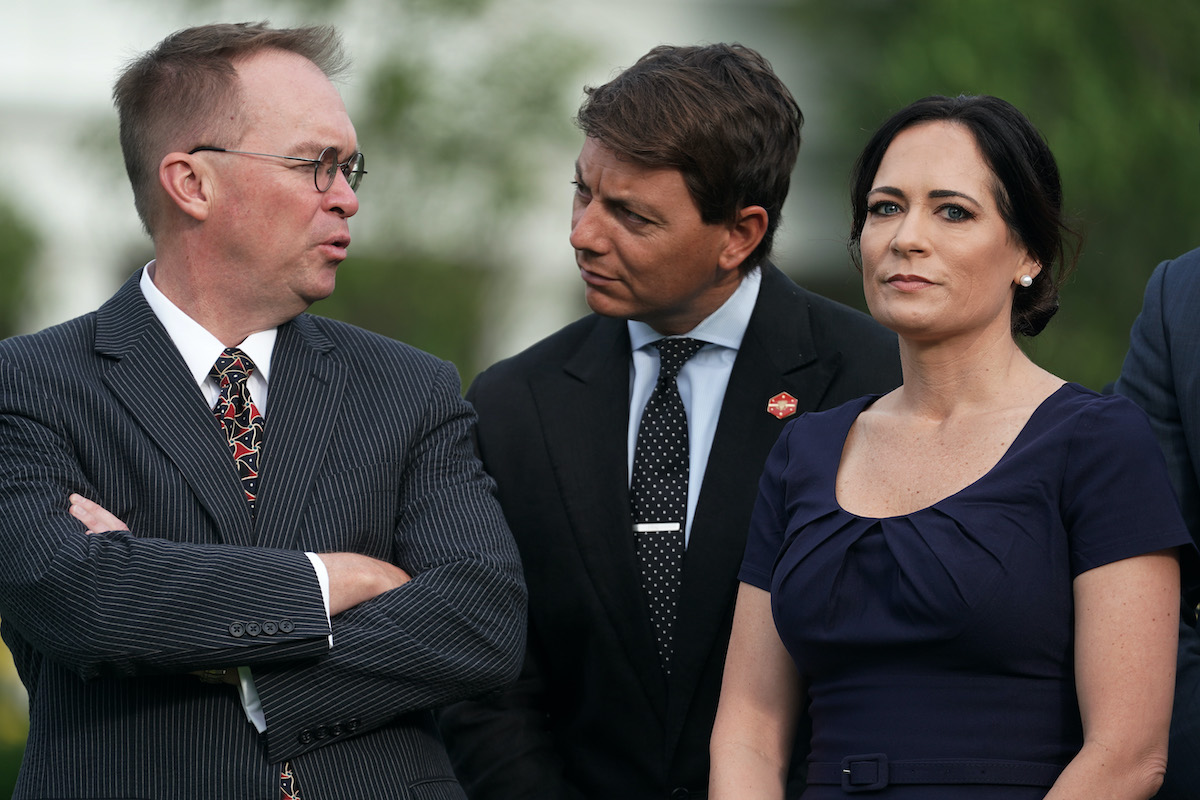 Another day, another aide to Donald Trump going through the ever-revolving door of White House staff. Stephanie Grisham is officially out as Trump’s press secretary, a job you very well might not have known she had because after eight months in the position, she never gave a single press briefing—which is basically the entire job of the White House press secretary.

Breaking: Stephanie Grisham is out as WH press secretary.

She is leaving the job without ever having briefed the press.

After Sean Spicer and Sarah Huckabee Sanders (and for a quick blink, Anthony Scaramucci, who was technically the White House communications director but did press briefings, basically combining them into one job) failed to convince reporters that literally anything that came out of their mouths resembled something akin to truth and not just constant pro-Trump toadying, Trump borrowed Grisham from his wife’s staff.

Grisham, like Scaramucci before her, was a press secretary/communications director combo, which might have been more difficult if she did the traditional press briefings, which she did not. The only press she talked to was Fox News, while Trump started addressing reporters more regularly in his “chopper talks,” because there are few things that make Trump feel tough and important like bragging about himself while standing in front of a helicopter.

And now that he’s started giving his own daily coronavirus press briefings where Grisham is not an active presence (or maybe even present at all–I can’t remember the last time I saw her face), I guess there really wasn’t much point in keeping her around.

Anthony Scaramucci gave more press conferences than Stephanie Grisham. Remarkable given the fact that Grisham worked as Press Secretary for a full 25 Scaramuccis.

Now Grisham is returning to her old post as Melania Trump’s press secretary as the First Lady’s last spokesperson just resigned to “spend more time with her family.” Sure.

Grisham’s replacement has already been announced. The new White House press secretary will be Kayleigh McEnany, though it’s not clear what her job will actually entail. According to the New York Times:

It is unclear whether Ms. McEnany will revive the traditional role of a White House press secretary — answering questions from reporters in a daily briefing. Mr. Meadows wants her to focus on defending the president on television, according to people familiar with the move.

“Defending the president on television” is already pretty much all McEnany does anyway so this seems like a natural move. In fact, she’s been on the path to this position for years. All the way back in 2017, The Daily Beast published a profile calling her “the voice of Donald Trump.”

That time on air when Kayleigh Mcenany came up with a better lie than Trump on the spot and I said maybe you should be advising him . . . I was being facetious. pic.twitter.com/wZjtYjfM9G

McEnany used to be a paid CNN contributor, where she would vociferously defend Donald Trump. If she was using that platform as an audition of sorts, it worked. In 2017, she left CNN to become an official spokesperson for the Republican National Committee and also to act as the host of “Trump TV,” a “news” program that aired on Trump’s Facebook page and featured McEnany saying nice things about him.

Yup, that’s exactly who Trump would want as his official spokesperson and exactly the person to kill any remaining speck of hope that there could be any validity left in the position.