Not Sick of Steampunk Yet? Take a Look at This Awesome Wonder Woman Cosplay. 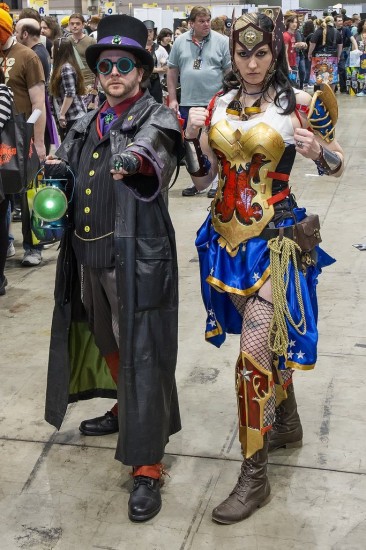 First there was steampunk Iron Lady, and now there’s steampunk Wonder Woman, as seen at C2E2. Oh, and that other dude’s Green Lantern (you can tell, because his lantern is green).