Is Steam Coming to Mac? 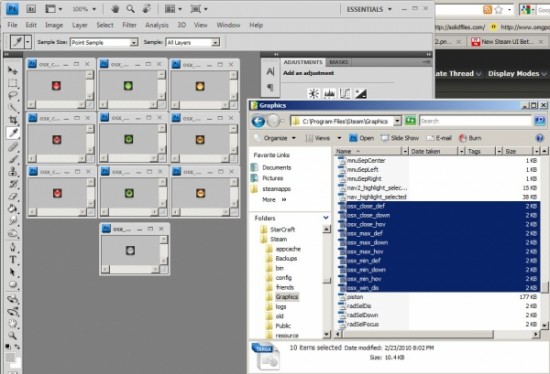 For some time now, Mac users — while secure in the knowledge that they clearly have the best OS — have looked on jealously as their PC-running counterparts took advantage of Valve Software’s Steam, a content delivery system best known for games that has a huge library and regularly posts jaw-dropping deals. And Steam is no niche thing: Gamasutra reports that it had 25 million active members in 2009.

But based on new, though not entirely bulletproof evidence — some hidden icons on Steam downloads with “osx” in their name — Steam just may be coming to Mac.TUAW breaks it down:

[Steam] released the beta version of the new UI for their digital game delivery system, and a few users found some “OSX” icons hidden in the game files.

Unfortunately, that makes this just a rumor (it’s certainly possible the icons were simply included in some stray bit of code, as they appear to be simple window controls, not actual game code), but if there’s anything to this at all, it would be huge for us Mac gamers: Steam comprises a gigantic library of present and classic PC games, and bringing even a portion of them over to the Mac would be terrific.

Nowadays, there’s a little bit more equity between Mac and PC gaming, but in the ’90s, PCs crushed Macs in their selection: recapturing that legacy would be at least as cool as bagging The Orange Box for $10.