States Continue to Reopen in Spite of Rising Coronavirus Cases 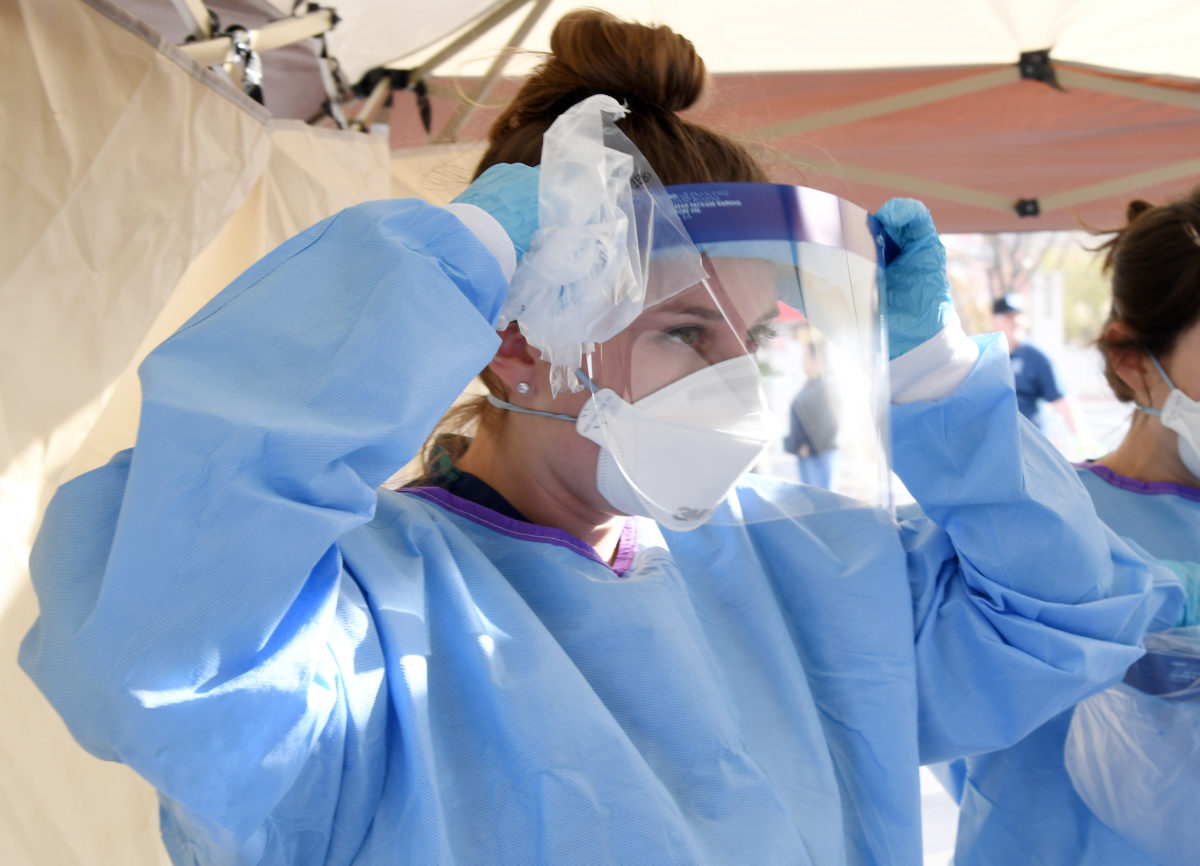 Remember the Coronavirus pandemic? It’s easy to forget amidst the long overdue racial justice protests, the endless asshattery of the Trump administration, and the voting crisis plaguing our nation. But despite the reduced press coverage, COVID-19 is still very much with us, and the numbers are spiking. The U.S. has officially passed 2 million confirmed cases of the virus. Meanwhile, the Coronavirus task force hasn’t held a briefing since April 27.

While the White House has abandoned their daily briefings and adopted an attitude of “mission accomplished,” the science says otherwise. A coronavirus model from the Institute for Health Metrics and Evaluation at the University of Washington is now projecting nearly 170,000 COVID-19 deaths in the United States by October. IHME Director Dr. Christopher Murray said in a statement, “If the US is unable to check the growth in September, we could be facing worsening trends in October, November, and the following months if the pandemic, as we expect, follows pneumonia seasonality.”

Currently, cases are on the rise in 14 states across the country, most of which have pursued early reopening. Arizona lifted their stay at home orders on May 15 without any safety requirements (only recommendations) despite pleading from state and county health officials. Since then, new cases have increased from roughly 200 infections a day at the end of May to more than 1,400 infections a day this week. Hospitalizations have risen 49% in the interim, but it’s difficult to get an accurate number given sporadic testing and delays.

Phoenix Mayor Kate Galleo said in a panel with other mayors, “We have had so many of the records you don’t want to be hitting for Covid-19 from my perspective. We opened too much too early and so our hospitals are really struggling, … I come to you as a mayor with a health care system that is stressed right now, … I am very worried about the virus and its impact on our community.”

In addition, Texas, Arkansas, South Carolina, Nevada, Arizona, North Carolina, Oregon, Florida and Utah all set new record highs in seven-day rolling case averages. Many of these states are governed by republican leaders, who followed Trump’s cue to downplay the virus and rush reopening efforts. Joe Gerald, an associate professor and public health researcher at the University of Arizona said, “Worse times are ahead … The preponderance of evidence indicates community transmission is increasing.”

Now, doctors and health experts are calling out public officials for placing politics above the safety of their constituents. Dr. Matthew Heinz, an internist at Tucson Medical Center, said “We weren’t ready to reopen, … We hadn’t met the criteria set down by the WHO or the CDC to even begin to look at reopening the state, but political leadership pushed us in that direction.”

Meanwhile, Treasury Secretary Steven Mnuchin advises states to reopen for business, saying “We can’t shut down the economy again. I think we’ve learned that if you shut down the economy, you’re going to create more damage, and not just economic damage, but there are other areas.”

Trump and his cronies are clearly more concerned with saving the stock market than they are with human lives. And Americans who have been worn down from stay at home fatigue and frustration are ignoring common sense and medical advice. Plus, with businesses reopening, many are obligated to continue working in order to keep a roof over their head.

America may be tired of coronavirus, but it is clearly not tired of us. Please stay safe, wear a mask, and listen to medical professionals. We’re nowhere near done with this crisis.