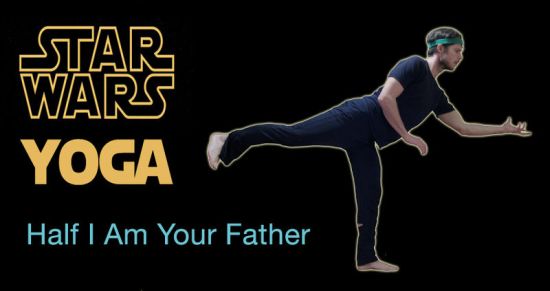 Who says that a healthy spine and obsessive geekery are mutually exclusive? Writer and comedian Matthew Latkewicz sure doesn’t, which is why he’s whipped up Star Wars Yoga, a series of postures and stretches inspired by the Star Wars series. In Latkewicz’s world, LucasArts’ marketing towards “overweight ‘geeks’ and ‘nerds'” has hit saturation, and so it turns to the next logical target market: Yuppies.

We propose a new marketing strategy and target: the 30-something, health conscious consumer who probably owns an Apple laptop and is trying to live “green”. In this effort, we would like to initiate a line of Star Wars Branded Yoga.

A few more poses, some of which, silly names aside, look like they’d actually be decent stretches: 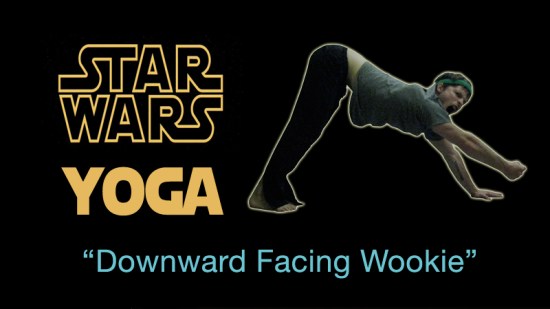 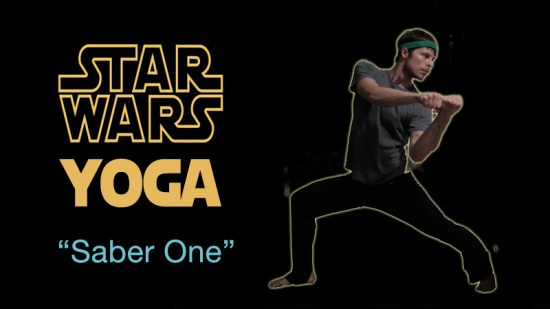 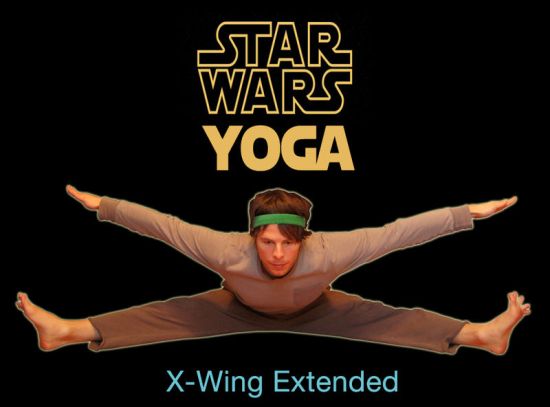 More pics — and Latkiewicz’s exclusive ‘memos’ swapped between George Lucas and LucasArts’ branding director in which the latter patiently explains to Lucas that no, yoga is not some “weird fan fiction version of Yoda,” at You Will Not Believe This Blog. We hope he eventually mocks up that Star Wars-themed golf course!

(You Will Not Believe This Blog via WebUrbanist and The Chive)