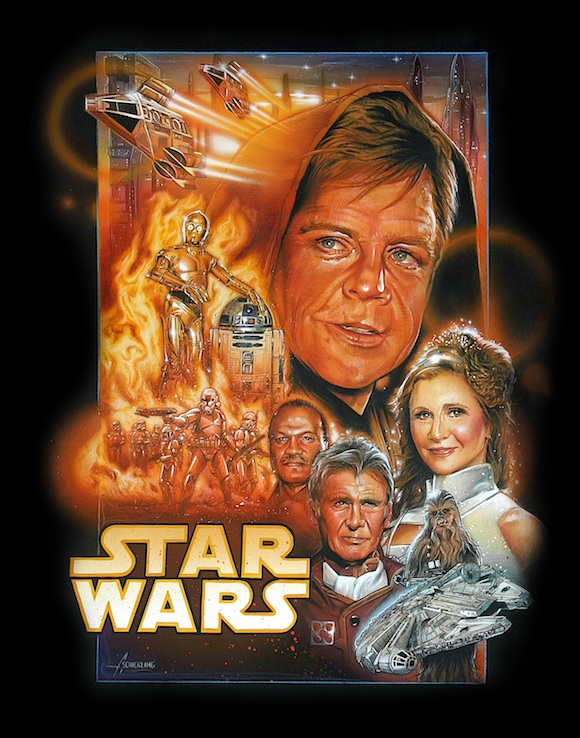 Adam Schickling put together this Star Wars VII poster, and as much as I’d like the new trilogy to focus on a new set of characters and feature the old ones as cameos at most, dang if this poster doesn’t make me feel very nostalgic. Click to embiggen!