There'll be no stopping it this time. 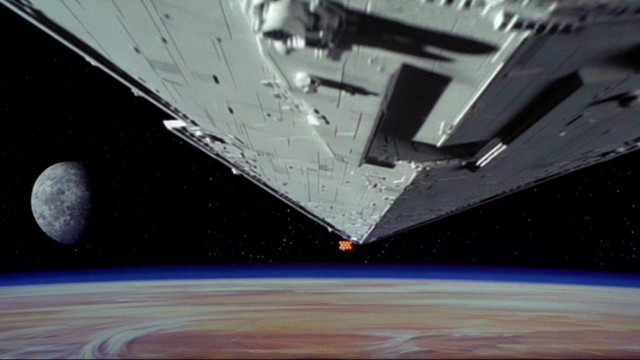 George Lucas has been tinkering with the original Star Wars movies since the ’80s, which notably culminated in the “Special Edition” releases in the late ’90s that made rather large CGI alterations to the iconic films. All that has made seeing them as they were originally released rather difficult, but some fans just made it a lot easier.

While the “despecialized” editions have already been floating around the Internet for those of you OK with piracy, they’re still reverse engineering the original into existence. This new version of A New Hope from before it was called A New Hope was made by fans calling themselves “Team Negative One” from an original 35mm print of the first Star Wars from 1977. After a massive restoration effort on the fairly old print, they’ve achieved the highest quality version of the original theatrical release in existence.

Take a look at some comparisons, first of the original print vs. their restoration efforts:

And then at the restoration compared to the Blu-ray version:

Yes, the restoration is the one with the less saturated colors there. As Team Negative One explains:

The official Star Wars Blu-ray was sourced from the original negative, while Team Negative One’s was sourced from a theatrical 35mm print, several generations away from that negative, so it is more grainy and not nearly so sharp. However, the colors are much more natural than the overly saturated levels artificially applied to the Blu-ray in an attempt to make it “fit in” more with the look of the Prequel trilogy.

You can also take a look at a time-lapse video of the cleanup process in all its painstaking frame-by-frame glory:

Of course, the ideal would be for an official restoration to be made with the original negatives now that George Lucas, who wasn’t interested in that, has lost his say. But for the time being, this version is pretty solid. Now you just have to find it somewhere out there on the Internet. To the people at Disney (and 20th Century Fox, who still hold some Star Wars rights), we suggest a new strategy: let the fans win.

(via io9, image via Disney/Lucasfilm)