A welcome surprise, though. 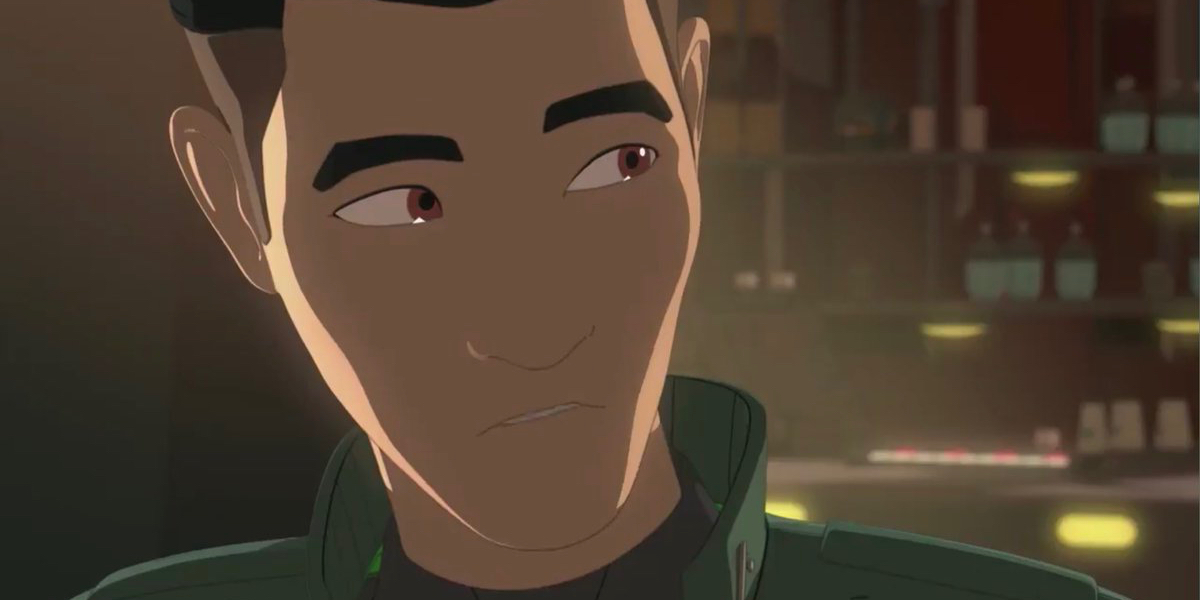 After months of fans clamoring for any official news on Star Wars Resistance, we finally got a trailer for the highly anticipated animated series that will premiere in October. Following in the footsteps of Star Wars: The Clone Wars and Star Wars Rebels, the show will follow a plucky band of leads as they embark on a spy mission for the Resistance, who’s given a familiar face and voice. Yes, Poe Dameron, as voiced by Oscar Isaac, will make an appearance; Gwendoline Christie as Captain Phasma will also be a villain on the series, and Rachel Butera will step into the late Carrie Fisher’s shoes as General Leia Organa.

The trailer mostly focuses on Kazuda “Kaz” Xiono, who will be the Ezra Bridger of this generation. Hopefully. Kaz longs to be an ace pilot and is given a mission by the Resistance and Poe; ET online reports that the first episode will follow Kaz as he’s “appointed to his undercover post on the Colossus, an aircraft refueling platform on an outer rim water planet. There, he works as a mechanic and meets veteran pilot Yeager (Legion star Scott Lawrence), an old friend of Poe’s, as well as a cast of new of new droids, aliens and creatures.”

It certainly seems a lot lighter than The Clone Wars or Rebels‘ later years, but this is just a teaser trailer. The show is also airing on regular Disney (admittedly at a later time slot) rather than Disney XD or Cartoon Network, where the shows tend to be a little more grown up. This is not to say that Resistance won’t tackle mature themes—given the history of Star Wars animation, it most certainly will. However, this could be a series that’s really, truly more for kids, and the grownup fans of Star Wars may have to just deal with. Not everything has to be marketed towards us, after all.

Admittedly, my heart lurched when I first saw the trailer. It seemed too jokey and not as nuanced and great as Rebels was. Then I took a step back and remembered that yeah, this is how The Clone Wars fans felt about Rebels, and how Star Wars fans feel about everything until we actually set eyes on it: lots of conflict that we need to let go of. So, I took a deep breath and watched the trailer a few more times and started to warm up to it. I wasn’t a fan of Rebels at first, either, and now it’s my favorite Star Wars thing. Resistance could do the same.

There’s also the fun fact that for the first time, a Star Wars TV series will not center on Jedi characters. We’ll get to focus on the heroes of the universe who aren’t Force-wielders, and that’s a good sign. It shows that Star Wars is starting to consider letting that focus—the past—die, and move on to wider elements of the galaxy at large, which is what the franchise needs if it wants to survive the pending end of the Skywalker Saga.

Regardless of my initial reaction, I’m excited to see a fun Star Wars adventure hit the small screens later this year. Watch the trailer below and follow the Mary Sue for more news about Resistance as it’s released.

Take to the skies with #StarWarsResistance. Premieres Sunday, October 7 at 10pm ET/PT on @DisneyChannel. pic.twitter.com/GqcM0dS2l7