Has it really taken this long? 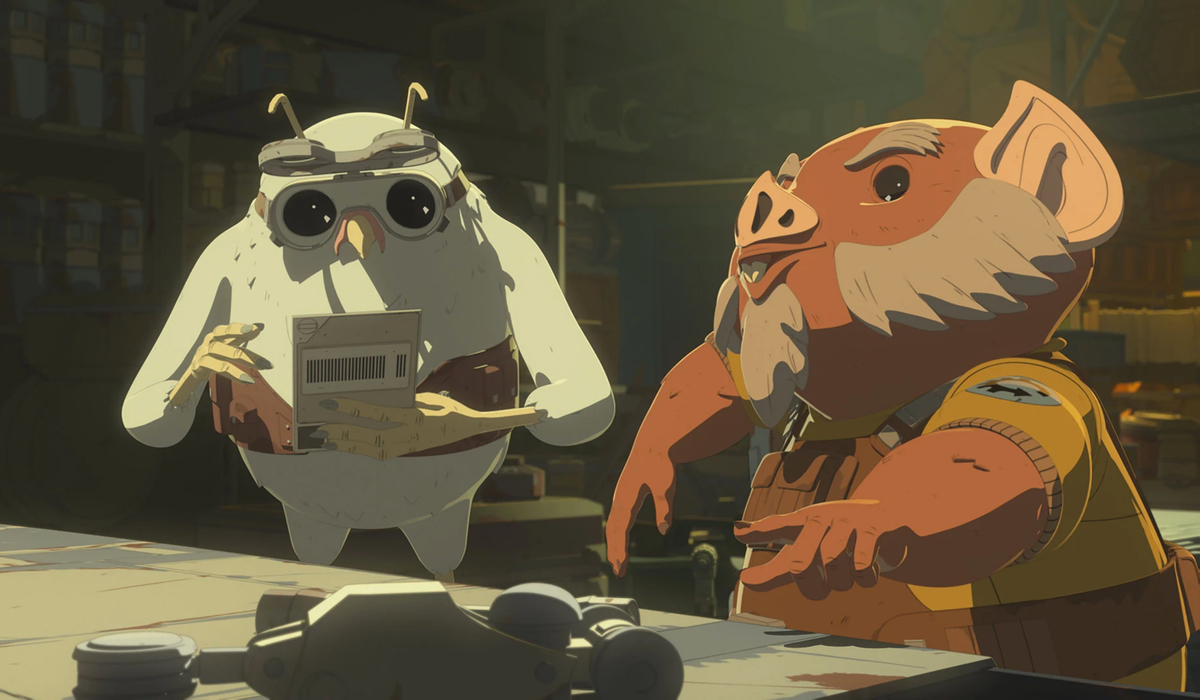 It’s been over 40 years, but Star Wars has finally included a gay couple in one of its onscreen properties. In animated series Star Wars Resistance, Orka (Bobby Moynihan) and Flix (Jim Rash) are a couple and in love. This might not come as a surprise to viewers—after all, they took a trip to visit Flix’s mother—but it’s nice to hear the actual Word of God confirmation come down from executive producers Athena Portillo, Justin Ridge, and Brandon Auma.

“I think it’s safe to say they’re an item, absolutely. They’re absolutely a gay couple and we’re proud of that. We love Flix and Orka,” Ridge told press. This was initially reported by podcast Coffee with Kenobi, and later reported by Entertainment Weekly.

As much as the cynic in me wants to complain that this is too long in happening, the optimist in me is throwing on a party hat and dancing to the cantina song. We finally have a confirmed gay couple in the Star Wars television properties. This has to be a sign that soon we’ll see characters who identify as LGBTQ or same-sex couples in the films, as well. The books have already left the onscreen projects far behind in terms of LGBTQ representation, and it’s great to see that the television shows are catching up.

Fans love to ship Finn and Poe in the Star Wars movies, but unfortunately, it seems as though Disney has other romantic plans for them. Lando is supposedly pansexual, but we only hear about that offscreen, and he never really shows any romantic interest in men in Solo. As Twitter pointed out, Flix and Orka have never actually said “I love you” or “we’re a couple” onscreen. We still do have a ways to go in terms of LGBTQ representation on the small and big screens.

But still, this is a moment worth celebrating. We can be happy with the steps forward while still demanding better. Flix and Orka still should say they’re a couple onscreen during Resistance‘s second and final season, but they’re a couple. Here’s hoping that they are the first, not the only. This stops being fun if they’re never confirmed on the show as being a couple, or if they’re the only gay couple in Star Wars television and screen canon for the next several years.

I’m happy for the Flix/Orka shippers, and I’m happy that Star Wars is taking these steps. However, I also still want two human characters who identify as part of the LGBTQ community to have a dramatic, Han and Leia-style romance at the center of a film. Star Wars is supposed to represent an inclusive galaxy. It needs to continue to take steps to make things more inclusive on all fronts.