Star Wars Novels We Want To See Announced at SDCC 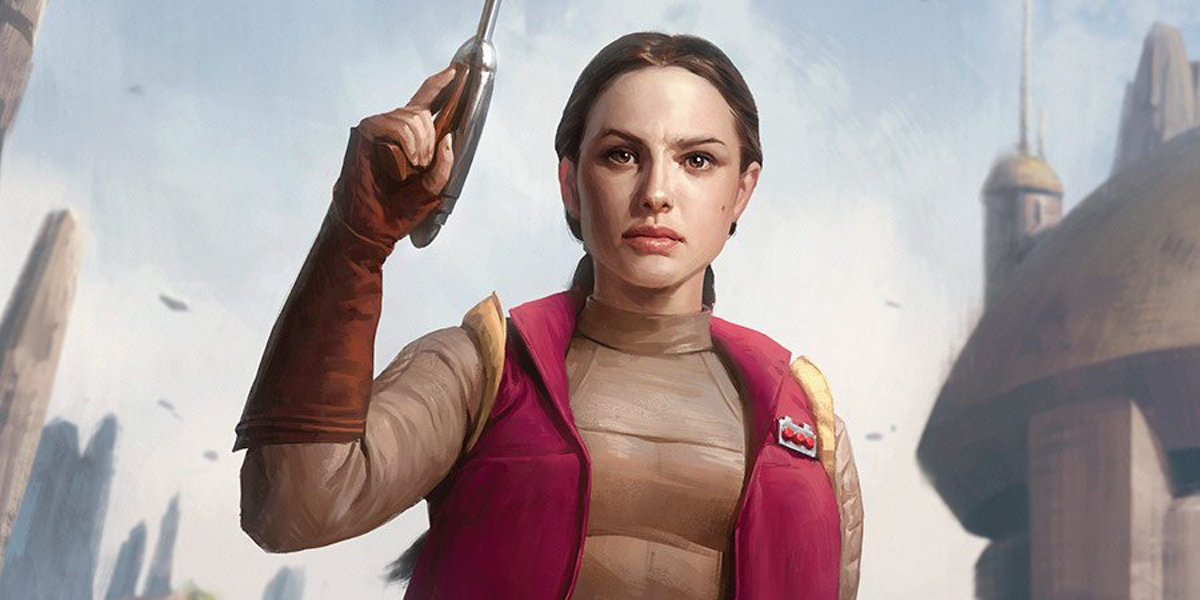 Star Wars doesn’t have as impressive of a San Diego Comic Con lineup this year as other franchises, but there are plenty of panels to delight the fans who love diving into the material beyond the movies. Outside of a killer tenth-anniversary panel for Star Wars: The Clone Wars that’s sure to be the talk of the fandom, there will also be a Disney-Lucasfilm publishing panel on Friday at 2 pm PST.

With only one novel currently announced—Thrawn: Alliances by Timothy Zahn, which drops next Tuesday—the panel is already promising surprise panelists and announcements that will reveal what the upcoming titles will be. Fans of Star Wars’ new canon novels are eagerly awaiting the reveals, since there’s plenty of material that needs filling in via some seriously cool books.

The novels tend to be more progressive than the movies, including LGBT+ representation that is sorely lacking in the films as well as representation across the board. With that in mind, I can’t help but hope that one of the announcements is a novel centered on Star Wars Rebels characters Zeb and Kallus. The end of Rebels saw the pair essentially eloping to Zeb’s ancestral homeworld, but there’s a lot of unaccounted for time with these two.

A novel would allow them to make the pair openly canon without worrying about backlash from conservative parents groups who resent LGBT+ pairs being presented as normal. It would also allow for more nuance and complexity in their story, as a Disney XD series can’t fully tackle the themes of redemption and forgiveness in the way their story would demand.

Speaking of redemption, another novel I would love to see that’s a bit of a longer shot is a backstory novel for Rogue One‘s only unexplored protagonist, Bodhi Rook. Every other Rogue One character, from Jyn to her father to Cassian, has had their backstory explored in either a comic book or a novel. Bodhi’s story is incredibly fascinating, and a story about a young man conscripted into an oppressor’s military could be a timely commentary on colonialism and imperialism. Besides, then we could get Riz Ahmed to do the audiobook and who doesn’t want that?

One novel I’m nearly 100% sure will be announced is some sort of Maul-centric novel. The fan favorite villain has been up to mayhem in Clone Wars and Rebels, and made his big screen re-debut in Solo. Fans don’t know what happened between his final Clone Wars episode and his cameo in Solo, so a novel could easily fill in those blanks and would be appealing to a wide audience searching for answers about how he survived that fall in The Phantom Menace and came to be the leader of Crimson Dawn. It would also involve dealing with Mandalorian politics, which would be a treat for fans who are all obsessed with what we know of the planet Mandalore and the warriors who inhabit it.

Mandalore could be another location for a novel that would send Clone Wars fans into a tizzy. The long-teased Siege of Mandalore arc, which would’ve served as a series finale for the show and a proper send-off for padawan-turned-rebel Ahsoka, has been the dream of many fans who want to see the battle on the screen. They might have to settle for on the page, as renewed interest in the series could mean that creator Dave Filoni might partner with a Lucasfilm author to finally unveil the story for fans.

Another novel that would thrill fans is a Padmé Amidala standalone story set before her doomed love affair with Anakin began. Padmé is perhaps the most underrated female protagonist in the canon, and a novel could do a great deal towards course correcting that narrative. The novel could follow her tenure as a teenage queen, or her journey from queen to senator of Naboo. The novel would also have plenty of female characters and friendships, as queens of Naboo have an entourage of female handmaidens who are both stylish and deadly. Consider the cosplay goals, as well as how wonderful it would be to have a majority lady-lead Star Wars novels.

There are plenty of Star Wars women who deserve their own novels, but two leading candidates for more materials would be Grand Admiral Rae Sloane and marauder Enfys Nest. Sloane first appeared in canon novel A New Dawn and was the primary antagonist in the Aftermath trilogy. A black, bisexual woman, Sloane is a powerful step forward in terms of representation. She was key in the foundation of the First Order, so a novel centered on her building the Order and mentoring a young Armitage Hux would be a fascinating political tale.

Enfys Nest captured audience attention in Solo as a young woman leading a group of space pirates rebelling against oppression. We could have an honest-to-goodness tale of mothers and daughters if we had a novel about her and her mother founding the Cloud Riders and her mother passing the mantle of leadership onto her when the time came. Fans have been clamoring for more Enfys since she took off her helmet, so, Lucasfilm, now is the time.

Finally, there are three ladies who deserve their own novels ASAP, but that are longer shots. We need a post-Rebels Hera Syndulla novel navigating her time as a general in the rebel alliance as she raises her son, and we need a Sabine and Ahsoka team up novel. However, these are stories that Dave Filoni and Lucasfilm might be saving for upcoming animation projects, as Hera, Sabine, and Ahsoka are among the most popular characters from their respective series and they might want to capitalize on that in future projects.

I could talk about the future of Star Wars fiction for days, and am counting down the hours until the panel. Whatever books are announced, they’re bound to be exciting additions to the canon that will enhance the movie-watching experience, and that will either endear characters to our hearts or introduce new favorites.

What books would you want to see announced at the panel? Let us know in the comments section!