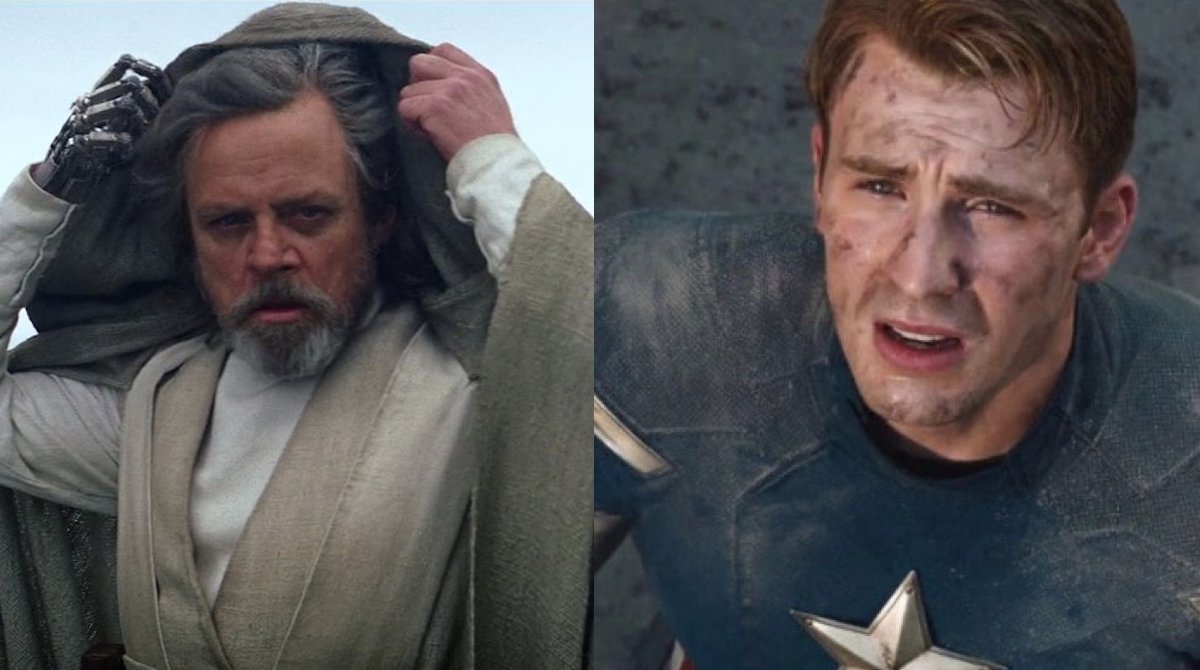 Ah, the age-old geek question: Could [thing/person A] beat [thing/person B]? Could Batman beat Superman? Could Superman beat Goku? Could Goku beat One Punch Man’s Saitama? With Marvel and Star Wars movies now together under one roof, it’s the perfect time to get the answer to one specific version of the question: “Could a lightsaber beat Captain America’s shield?”

While there doesn’t currently seem to be a crossover on the cards to make this one official, Luke Skywalker and Captain America themselves—Mark Hamill and Chris Evans—took to Twitter to battle it out, thanks to a young fan’s question. It all started with an image posted to Twitter, containing a non-vibranium toy replica of Captain America’s shield and a note explaining the situation, which read,

“My son just asked the toughest question I’ve ever had to answer as a father … ‘Can a lightsaber cut through Captain America’s shield?'” While we don’t know the age of the child in question, we can imagine a lot of uncomfortable parent-child conversations that would still be easier to address than this one. After all, you don’t want to steer your the youth—our very future—wrong, but where do you turn for the answer on these two fictional items? A Twitter user deferred to the only experts she could think of and tagged Hamill and Evans:

; I think it’s time that we ask the experts on this one- @ChrisEvans and @HamillHimself, what do you fellas think?? #AskingTheRealQuestions pic.twitter.com/0xLi1wD7on

Both of the actors are fairly active on Twitter (and are routinely delightful), and they didn’t shy away from the debate, with Hamill owning up to the fact that it would probably depend on whose turf such a situation arose on:

In the #MarvelUniverse– NO
In the #StarWarsUniverse– Luke wouldn’t fight a hero, but if asked to do so, he could cut it into a million little pieces. https://t.co/9fHurwhBNl

Not to be outdone, Evans quickly clarified that if his shield were struck down, it would become more powerful than Hamill could possibly imagine:

Ah, but was it foolish, or did Luke just purposefully give his new partner in altruism a fantastic new weapon to wield for the forces of good? They’ve gone this far, and now we’re going to need each of them to turn in at least a 200-page fanfic exploring the ramifications of a Captain America/Luke Skywalker team-up. After all, we still haven’t answered the other age-old geek question: OK but would they fall in love?