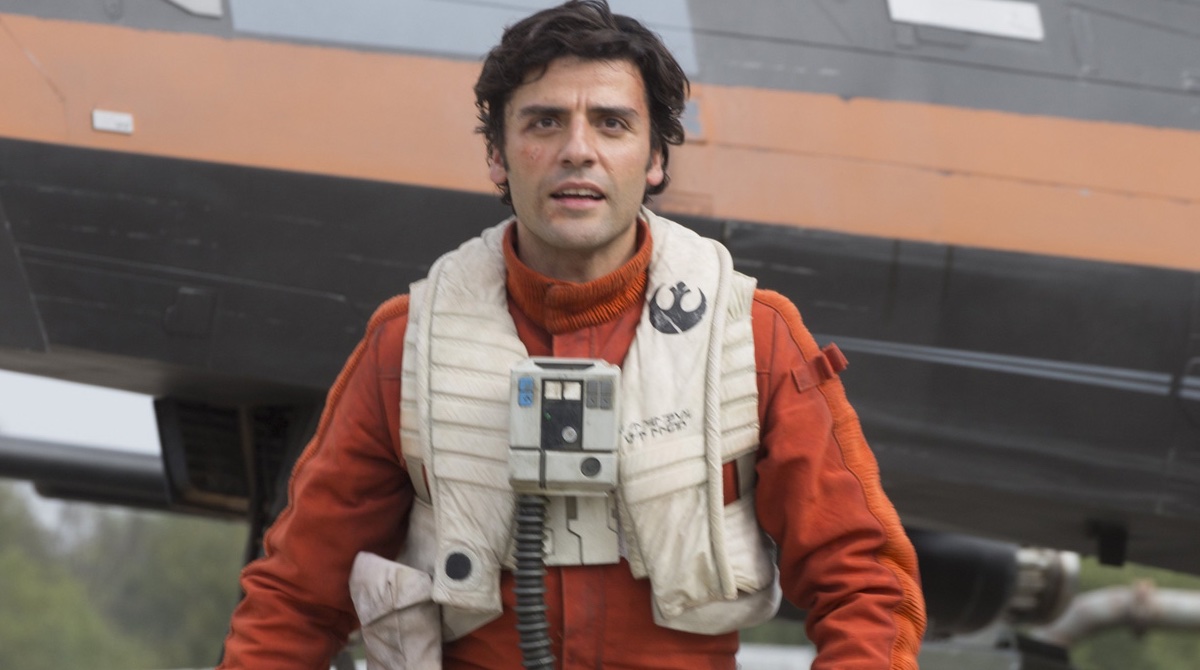 Today is the last Friday of the year, and also the last day that Twitter is featuring #SWRepMatters, a Twitter campaign designed to talk about representation in all forms in the Star Wars universe. This runs the gamut from racial and ethnic representation to sexuality to disabled rep, with each month focusing on a new identity. As the year comes to a close, the founders of the event have used today to talk about the ways in which Star Wars did right by rep this year, and where they still need to grow.

We’re a year out from Episode IX now, and none of the films have included a character who identifies as being part of the LGBT+ community. Fans have speculated about the character of Poe Dameron, played by Oscar Isaac, since he bit his lip and offered Finn (John Boyega) his jacket.

Screenwriter Jon Kasdan and star Donald Glover implied that Lando Calrissian might be pansexual, but the onscreen rep for that seems to be his romantic interest in his female-identified droid rather than any actual flirtation or romance with a male character. Rian Johnson said there was no room for sexuality in his film The Last Jedi, all while talking about how Rey and Kylo’s fingers touching is a sex scene.

Now, we’re four films into the new Star Wars, some might say. Give them time. But the problem is is that we shouldn’t have to wait in 2018, almost 2019, for a major franchise that’s been around for over 40 years to recognize that LGBT+ characters might exist. A line about Poe’s boyfriend wouldn’t have dragged down The Last Jedi any more than an unnecessary shirtless Kylo Ren scene did.

Lando having an onscreen flirtation with a man (outside of the played-for-jokes bits with Han) wouldn’t have ruined Solo any more than the abominable treatment of women did. The idea that a non-heterosexual sexuality would somehow distract from the main story is dated as hell; a same-sex love story wouldn’t affect or change anything except to make the franchise more inclusive.

At this point in time, it’s more of a conscious decision to not include gay characters than it is to include them, especially when the Star Wars books and comics are becoming more inclusive. Chuck Wendig’s Aftermath gave the main love story to two gay men, and the books topped the New York Times bestseller list. The films are already guaranteed to make a metric ton of money because they’re Star Wars films; a boost from LGBT+ fans who go support the film multiple times might actually cancel out the money lost by angry boycotts.

More importantly, representation is almost a moral matter. To willingly exclude gay characters is cruel, because that is a statement that the fans who are part of the LGBT+ community are not valid enough to be represented onscreen. In the same way that it is deeply, deeply problematic to only cast white women in leading female roles, or to fridge women of color, or to only hire white men to direct and write projects, to exclude the LGBT+ community from the films and television shows that Lucasfilm’s imagination can be limited to a problematic degree.

I know I’m making many demands about this, but also let it be a protagonist/hero character as well. No queer-coded villains or background couples. Let a hero, like Poe or Finn or Rey (Daisy Ridley), have a same-gender partner. Let a hero character who we know to be good and kind and brave also be gay, because that sends a powerful message. These heroes won’t be defined by their sexuality or be a token, but rather be a hero who also happens to be gay. That would send a message to young, queer fans around the world that they are not only okay, but can be a hero like their favorite character as well.

A queer villain is great — my favorite Star Wars villain, Rae Sloane, is bi — but we deserve a queer hero as well, especially in a franchise that has had so little positive representation on that screen in that front. We deserve a gay hero, especially if that hero is dashing, daring Poe.

If Poe is made straight in the next film, then not only will that represent a missed opportunity but given the fan reaction to him as a gay character, it will seem almost cruel and deliberate. To give fans hope for years by keeping Poe’s sexuality vague and then to pull the rug out from under them would be hurtful to so many across the board. At this point, Poe practically has to be gay, otherwise it will seem like a slap in the face to gay fans.

I hate saying “I demand X” from creators, because they don’t owe me anything except to deliver a quality, non-offensive story. But at this point, JJ Abrams has said enough about gay characters coming to Star Wars that if he doesn’t deliver, he’s just as bad as Kasdan or Johnson. Even more negligent, in my opinion, as he has said he wants to include them.

There’s a difference between wanting something as a fan and wanting something when you’re the writer-director. Make good on your promise, Mr. Abrams, for the good of LGBT+ fans around the world. You can be just as much a hero as Poe and Rey and Finn with this.