AHHHHH we thought we still had at least six months to steel ourselves for the emotional gut-punch that Star Wars: The Last Jedi will almost certainly be! Not only does it seem perfectly set up to follow The Empire Strikes Back in being a bit of a downer (though ending on hope!), but it will deliver one last Star Wars experience featuring Carrie Fisher. These Vanity Fair covers sneaked up on us, and we were not ready.

First, of course, there’s Carrie Fisher, gracing her very own alternate cover as General Leia—only the second time VF has ever done multiple covers. As we saw in the Last Jedi trailer, she stands gloriously regal in one of Star Wars’ favorite items of clothing: a space cape. (In space, they probably just call them capes, but come on.) We’ve heard many times over the past few months that she’ll feature prominently in Last Jedi, and we’re so ready to watch her command over the Resistance as gloriously as she does this cover. I think there’s something in my eye …

Then, there’s the cover featuring Finn, Poe, and Rose Tico, which gives us a whole different set of feelings. Finn has gone beyond just the jacket to essentially cosplaying Poe from The Force Awakens, which is adorable whether the two wind up in a romantic relationship or not. If they do, though … ahem, we’re trying not to get our hopes up, but this is making it tough. It’s also great to see the new trilogy’s increased diversity on full display, and Rose Tico making one of the covers leaves us more intrigued about her character—not to mention ensuring that there’s a woman on every single one of these covers.

There’s also the baddie cover, with Gwendoline Christie/Captain Phasma putting in some actual face time without her mask, and sad, inept Kylo and Hux looking like they’re not sure if they’re leaning close together to look tough or out of fear. And, last, there’s Luke and Rey, whose relationship still remains a mystery. Will things go the most obvious route, with Rey as Luke’s daughter, who he abandoned on a desert planet because it was effective in keeping him from the dark side, so why not? Or is she a Kenobi? Is she someone else, and they’ll just have a wonderful mentor/mentee relationship?

Whatever the case, we’re preparing ourselves to feel feelings, Star Wars. Do your worst. 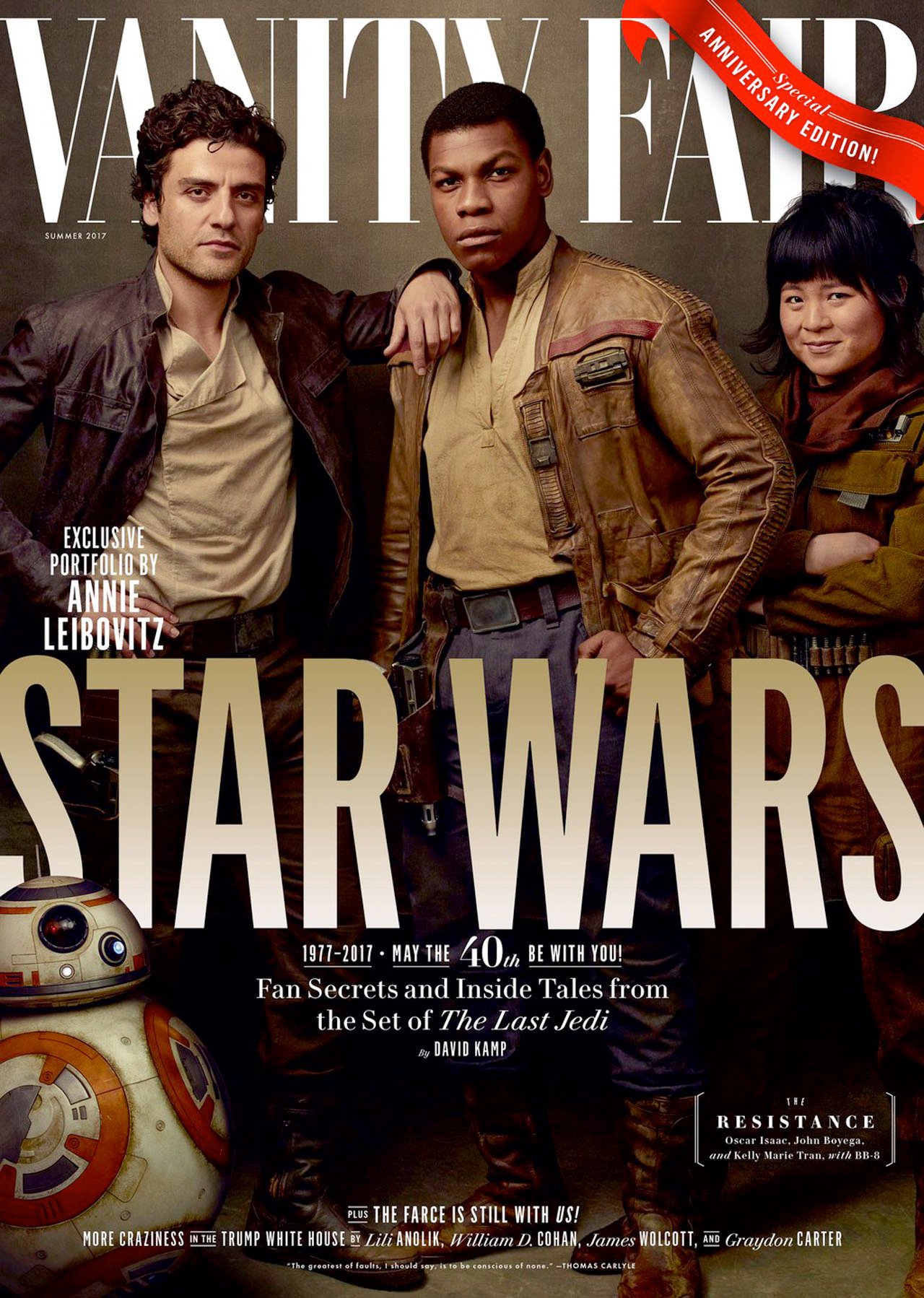