They'll never complain about The Last Jedi ever again! 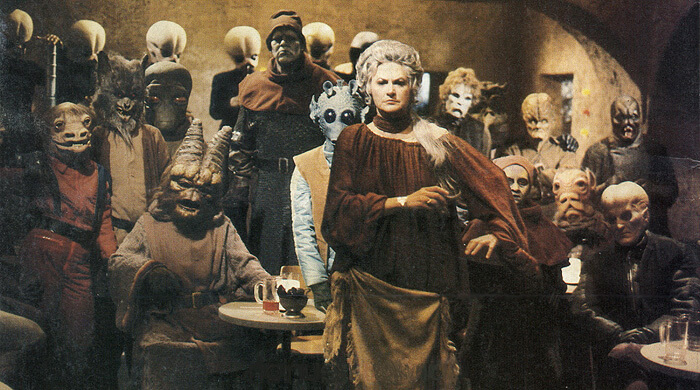 With the release of Star Wars: The Rise of Skywalker and Disney+’s The Mandalorian (Baby Yoda is LIFE), it feels impossible to escape the crushing grip of Star Wars-related mania. So why not embrace it fully by watching the one Star Wars chapter George Lucas tried to scrub from existence? That’s right, I’m talking about the infamously terrible Star Wars Holiday Special!

Released in 1978 (between A New Hope and The Empire Strikes Back) by CBS, it was the first Star Wars spinoff and was the very first introduction to fan-favorite Boba Fett. Unfortunately, it was also a burning hot dumpster fire disaster. The first solid chunk of the movie takes place inside Chewbacca’s home and introduces us to his beautiful family—including his son Lumpy and Grandpa Stinky.

Also, they speak entirely in Wookiee. And there are no subtitles. Yes you read that right. The first 10 or so minutes of this 90-minute special is all in growling Wookiee. It only gets worse from there. Bea Arthur briefly steps in to try to save it, but alas, our Queen Bea can only do so much.

But there’s nothing better during the holidays than watching bad movies and getting drunk, so why not combine the two and go full-on with a drinking game celebrating one of the worst movies of all time? These specific rules were originally developed by friends at the former Competitive Drinking Film League (Rest in Peace. Or should I say, Rest in Drinks), so if you feel like getting extra fancy you can take a page from their playbook and split into teams: Wookiees, Rebel Alliance, and Empire Assholes.

Or, you can keep it simple by following as many of the below rules as possible. I suggest all, because yes, you may blackout, but that means you won’t remember watching this horrifically made cash-grab of a TV special!