From a Certain Point of View: Star Wars and Emotional Labor 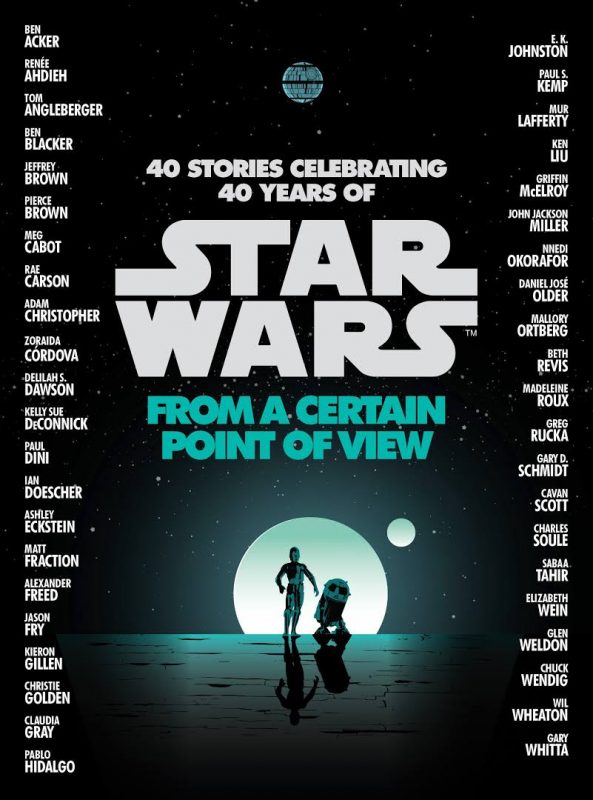 Celebrating the fortieth anniversary of Star Wars with an anthology of short stories from forty different characters’ points of view is both a delightful surprise and a no-brainer.

One of the greatest appeals of the Star Wars universe is its breadth, best typified by the iconic status of the cantina scene. Mystery Science Theater 3000 head writer Elliott Kalan has written about how that scene is both Luke and the audience’s gateway into the wider galaxy. That scene alone spawned an oft-parodied trait in the Star Wars community common to both the Lucas Story Group and its fandom: an insatiable desire to expand the universe by exploring the stories of every last extra. (Just look at Willrow Hood.)

In fact, Lucasfilm has done this kind of anthology before: the old Extended Universe (or Legends, as it is officially known and nobody I know calls it) had a five book strong Tales From the … series, which told the stories of background characters from the Tonnika Sisters to the Rancor Keeper to Boba Fett. ( … a lot of Boba Fett.) But when Lucasfilm wiped the slate clean in 2014 to streamline the canon before the sequel trilogy got underway, all of these stories fell by the wayside. While the new canon has started to canonize some of the Extended Universe’s greatest hits—such as Admiral Thrawn—this is the first time it’s tackled a Tales From the…-style collection.

The “From a Certain Point of View: A Star Wars 40th Anniversary Celebration” at New York Comic-Con was, frankly, a stunner, featuring nineteen (!) of the forty-three contributing authors. Presented in groups of three (or “flights,” as moderator, contributor, and Lucasfilm Story Group member Pablo Hidalgo put it) with some color commentary and entertainment from veteran Star Wars audiobook narrator Marc Thompson in between rotations, each author got enough time and attention to highlight not only their short story, but their unique view on the Star Wars universe.

It was well-paced and delightful: Charles Soule pitched a story about Jabba the Hutt coming up with the whole Han in Carbonite as wall decor idea, Delilah S. Dawson said the word “cloaca” far too early in the morning, and I cheered and clapped and held back some tears when E. K. Johnston shared that her story in the anthology was the first thing she wrote after Carrie Fisher died.

But the biggest thing I took away from this panel was an honest appreciation for how this anthology foregrounds emotional labor in the Star Wars universe.

When asked what she would have written if she hadn’t written her Admiral Motti piece, Mallory Ortberg outlined an impossible conversation between Mon Mothma and Aunt Beru about who exactly does the dishes in the Alliance. Ortberg, as the current Dear Prudence, is no stranger to elevating and valuing emotional labor in interpersonal relationships, and Meg Cabot explicitly picked up that theme when discussing her story, “Beru Whitesun Lars.” 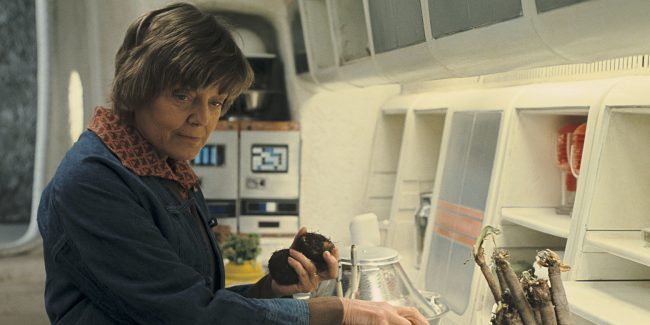 After informing the audience that she’d written plenty of Star Wars fanfiction in her time (one of us! one of us!), Cabot laid out exactly why she’d always loved Aunt Beru and always felt so dissatisfied with her death and subsequent neglect. According to Cabot, Aunt Beru is where Luke gets his compassion from, the same compassion that leads him to set off to rescue Leia in A New Hope and throw away his lightsaber in Return of the Jedi. She wanted to write a story giving Aunt Beru, who is basically just handed a baby at the end of The Revenge of the Sith, her agency back, explaining that Beru’s talents could have taken her very different places in the galaxy but that she compassionately chose to raise Luke. And that choice informed everything Luke grew up to be.

I think Star Wars fans often think of this kind of thing when it comes to Leia—not only is Leia so thoroughly Bail Organa’s daughter, but we’ve got more details on Breha then we do on Beru—but not when it comes to Luke. It’s something that I, someone who shouts regularly about Shmi Skywalker getting brutally underserved as a character, am guilty of. Because the original trilogy is so steeped in Luke’s relationship with his biological father and Bail figures prominently in the prequels, his foster aunt and uncle fall (literally) by the wayside.

An anthology like this is an opportunity to canonically elevate and recognize the importance of these bit characters we are otherwise encouraged to throw away. Aunt Beru, Cabot argues, is the most important character in the whole saga.

While emotional labor and caretaking are often exclusively assigned to women in both our galaxy and the one far, far, away, I was also intrigued to see this theme crop up in Claudia Gray’s discussion of her story, “Master and Apprentice,” wherein Obi-Wan consults with Qui-Gon’s force ghost during A New Hope. Their conversation inevitably turns to the matter of Anakin, and Gray told the audience that she wanted to talk about the ways in which the structure of the Jedi Order failed Anakin in ways that Qui-Gon and Obi-Wan, raised from infancy by the Order, couldn’t understand. While she wanted to emphasize that Anakin’s downfall was a choice of his own making, she also ended up showing how a lack of comprehension regarding emotional labor—or how to adapt what you know about that subject for a padawan from a nontraditional background—contributed to Anakin’s struggles. 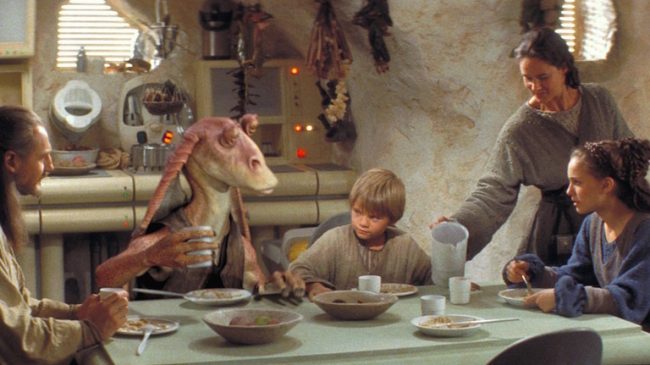 I have, at last estimate, 27,000 feelings about Anakin Skywalker—I may have stopped and bawled at a booth featuring a print of Vader haunted by Padmé’s face—so to see something like how the Order failed Anakin canonized made me feel … not vindicated, but seen. Fans have been having these conversations for years; seeing those conversations approached thoughtfully by writers making sure to add to the galaxy rather than just rehash it is a beautiful symbiosis.

Star Wars (like so many big genre properties) is known for its dead mothers or mother figures, and we can’t undo the decades where they weren’t paid much thought. But we can highlight them now and elevate the contribution that they made in the first place. Giving the caretakers, both good and bad, of the Star Wars universe a voice is a great start.

—The Mary Sue has a strict comment policy that forbids, but is not limited to, personal insults toward anyone, hate speech, and trolling. If you buy something through our links, The Mary Sue may earn an affiliate commission.—