Things We Saw Today: The Star Trek Starfleet Logo Shows Up on Mars

The photo has once again ignited the Star Trek vs. Star Wars nerd rivalry. 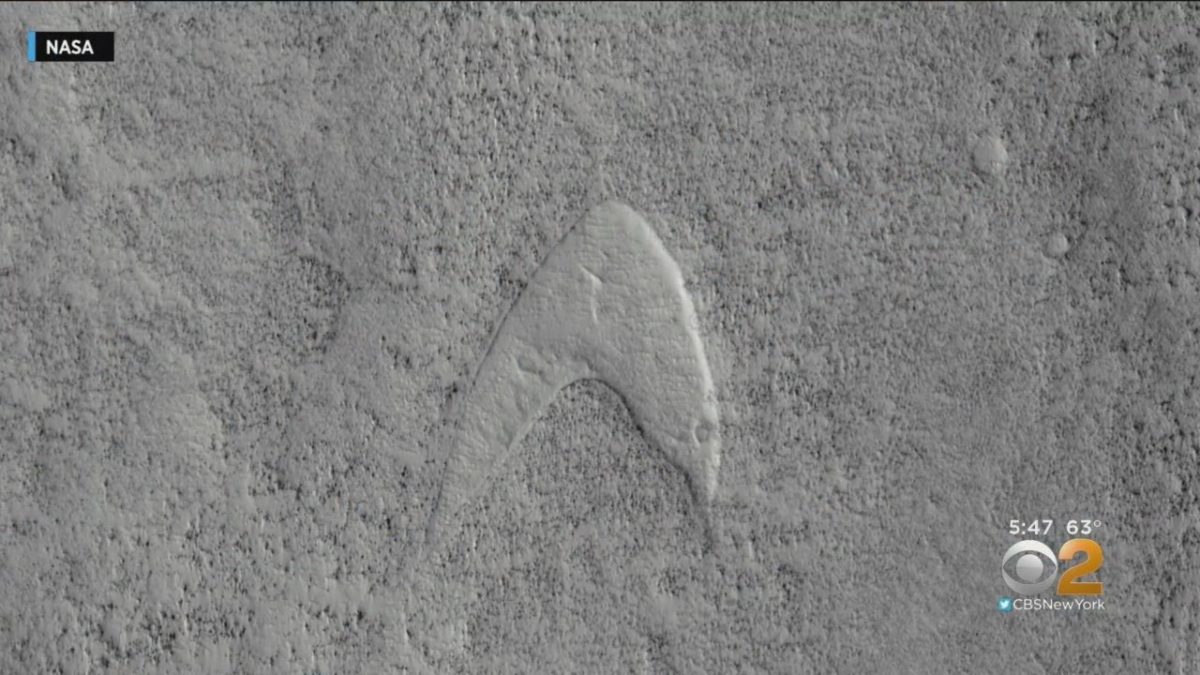 Recent photos taken of the surface of Mars reveal a geological marking that looks awfully familiar. The Chevron-style shape bears a striking resemblance to the iconic Starfleet logo from Star Trek, well known to nerds everywhere. The image comes courtesy of the NASA Mars Reconnaissance Orbiter’s HiRISE camera, which was shared by the University of Arizona’s Lunar and Planetary Laboratory.

The shapes, which occur in the southeast Hellas Planitia on Mars, are the “footprint” of large crescent-shaped dunes that have since blown over. These “footprints” mark the areas where dunes were surrounded during a lava eruption, which then solidified around the dunes. These shapes are also know as dune casts, but the familiar shape of these casts has nerd Twitter in an uproar.

Captain Kirk himself, William Shatner, tweeted about the findings while poking fun at Star Wars:

Our beloved Space Dad Mark Hamill responded in kind, and the duo struck up some friendly banter:

Actually- it looks more like a crescent roll, which are yummy with jelly! 😋#LiveLongAndUnfollowMe https://t.co/TR4LTNVXMV

Now this is a Twitter feud I can fully get behind! Great work, guys.

After much door-knocking we have found no new home for the Tick series in this current market. #SaveTheTick & #LunaTickArmy I'm sorry we could not reward your glorious support with better news. I am so proud of the show, of the cast and crew and writers, and so warmed by the fans

Please continue to choose love and hope for good things. And I think we might as well accept it as a law of the universe: when the time is right #TheTick always comes back…