Welcome, to the World of Tomorrow! 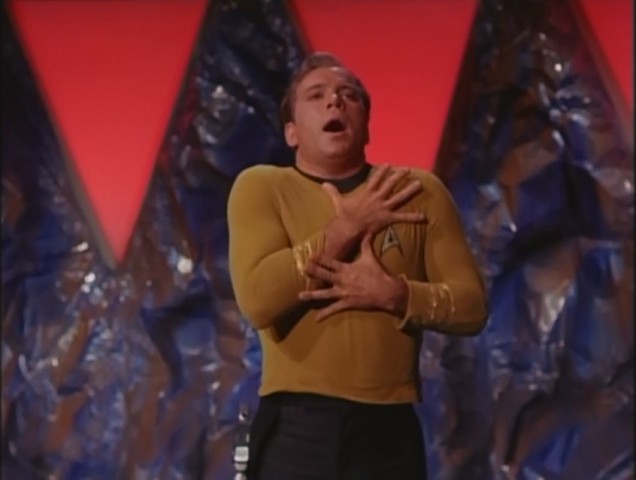 Can we study all future science through fiction about the future? Because I hear that we mastered eugenics in the ’90s, maybe we could use that genetics knowledge to eradicate some cancers, etc.

Researchers David Hörburger, Julia Haslinger, Hubert Bickel, Nikolaus Graf, Andreas Schober, Christoph Testori, Christoph Weiser, Fritz Sterz, and Moritz Haugk have come up with a great way to turn a Star Trek rewatch into a published paper: they studied and recorded every instance of a cardiac arrest in TNG, Deep Space Nine, and Voyager, and attempted to draw academic conclusions about the state of health and health care, particularly the average state of cardiac health, in the 24th Century.

They describe their methods in this month’s issue of the medical journal Resucitation:

Retrospective cohort study of prospective events. Screening of all episodes of Star Trek: The Next Generation, Star Trek: Deep Space Nine and Star Trek: Voyager for cardiac arrest events. Documentation was performed according to the Utstein guidelines for cardiac arrest documentation. All adult, single-person cardiac arrests were included. Patients were excluded if cardiac arrest occurred during mass casualties, if the victims were annihilated by energy weapons or were murdered and nobody besides the assassin could provide first aid. Epidemiological data, treatment and outcome of cardiac arrest victims in the 24th century were studied.

I do wonder why Star Trek: The Original Series was excluded (the reasons why Enterprise was excluded seem self-evident)… perhaps because it was produced in a time when much less was known about cardiac arrest, and so fictional depictions of it would have lacked certain tells or medical responses relevant to the study? Hörburger, et al., concluded that the 24th century is, indeed, a setting where humanity (and humanoid species) have achieved greater heart health than us barbarians living in the 21st. While cardiac arrest is still a life-threatening event three centuries from now, it’s less likely to occur because of heart disease itself. Rather, they found that 40% of the 91 observed cases, arrest was triggered by trauma.

I wonder, however, what a comparison to cardiac arrest rates and causes in working military personnel of the 21st century might reveal. After all, a majority of the characters presented on Star Trek are members of the military, which not only provides an active, heart-healthy lifestyle and diet, but also necessarily self-selects for healthy members of the human (or humanoid) population.

Luckily, there are plenty of other fictional future 24th centuries for researchers to study. Fahrenheit 451, Cloud Atlas, Alien Resurrection, or Duck Dogers. I think I speak for many when I say that Dead Space can be an excellent source of heart attack information.