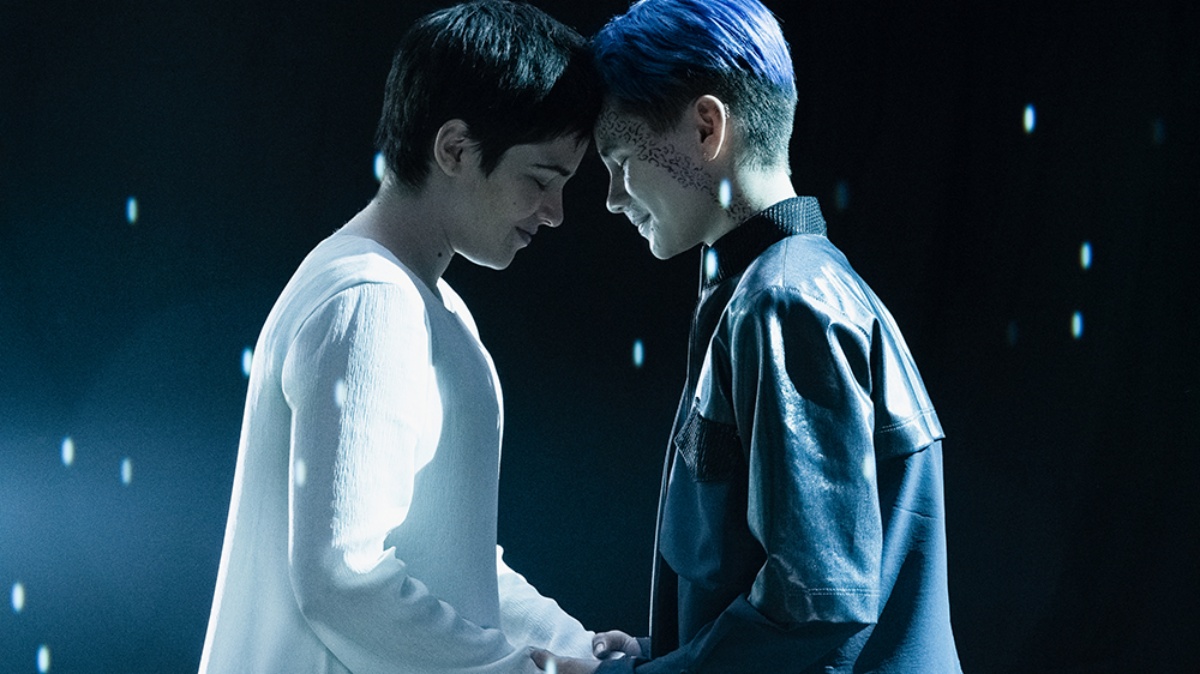 CBS’ Star Trek: Discovery has a mixed record when it comes to its LGBTQ, representation and they have only added to that issue with the introduction of their first non-binary character, Adira (Blu del Barrio), and transgender character, Gray (Ian Alexander).

In the latest episode of Discovery, Adira is introduced as a highly intelligent character who joins the U.S.S. Discovery and bonds with the other gays, Lt. Commander Paul Stamets (Anthony Rapp) and Dr. Hugh Culber (Wilson Cruz). It tracks. I would also cling to the first cool gays I find in any given situation.

Grey is a Trill who is a cinnamon roll, who, when we are introduced to the character … is dead. Yup. I sighed, too. Adira and Gray are lovers, and Gray’s entire story is a memory. Grey is their lost love who died, and they are now the host of the Tal symbiont. On the one hand, it is really cool to take the Trill, who have long been seen as queer, and actually show that using actual LGBTQ language. However … why does Grey have to be dead?

Did we not learn from killing off Hugh that we are not fans of this? Yes, it is sweet that they are still connected by the symbiont, but it just feels frustrating to once again connect queer representation to trauma.

Riley Silverman from SyFy Wire broke it down expertly:

“Now, I am on record as saying that I do not believe that immortal queer characters is the solution to burying them. In order to truly gain a justifiable level of diversity in representation we need enough various groups represented in narratives so that one character’s experiences, their loss, and their pain, do not have to act as a stand-in for their entire community. That said, it’s hard to get to know someone if you just kill them off immediately as if they’re disposable. I’m angry because even while Star Trek has taken great strides to rectify the mistakes of the past, it is frustrating that they chose introduce trans characters into the narrative through the blood-soaked lens of trauma.”

What makes it worse is that Michelle Paradise, co-showrunner and executive producer, spoke about having worked closely with GLADD and the two actors to create these characters:

“Star Trek has always made a mission of giving visibility to underrepresented communities because it believes in showing people that a future without division on the basis of race, gender, gender identity or sexual orientation is entirely within our reach.We take pride in working closely with Blu del Barrio, Ian Alexander, and Nick Adams at GLAAD to create the extraordinary characters of Adira and Gray, and bring their stories to life with empathy, understanding, empowerment and joy.”

When it came to discussing the issue, del Barrio emphasized again how much they and Alexander both saw the issue. “It will be OK, he will be OK. I don’t know how to say anything more without spoiling, but as much as I can take away worry, I want to take away worry. Because Ian and I as actors have both been very vocal about not wanting this to be another sad dramatic story for them. It can’t be that. I would hate for this to be a trope, just another sad trans story filled with trauma. I feel good now, so I hope that can give some reassurance.”

What do you all think of Adira and Gray? Are you willing to watch it all play out? Or are your feelings a bit more complicated?