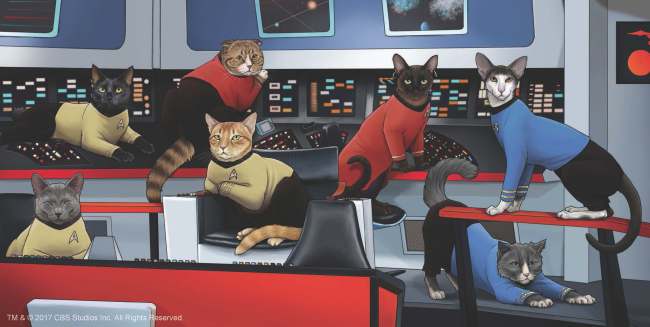 For those who love both Star Trek and cats, I think I’ve found the book of your dreams. Scientific illustrator Jenny Parks has added a unique twist to the popular franchise that won’t have you screaming with fury like Benedict Cumberbatch’s big reveal as Khan: cats in Starfleet uniforms.

It’s for a new book called Star Trek Cats, which features feline versions of Kirk, Spock, Scotty, McCoy, Uhura, Chekov and even tribbles. Judging from the photos the team over at CBS sent, there won’t be much text, just pictures upon pictures of  cats in different Star Trek scenes.

My favorite is probably Kitty Spock’s solo because what’s not love about a furry animal mimicking the popular Vulcan hand gesture? The book is slated for release on March 1, but you can pre-order now. 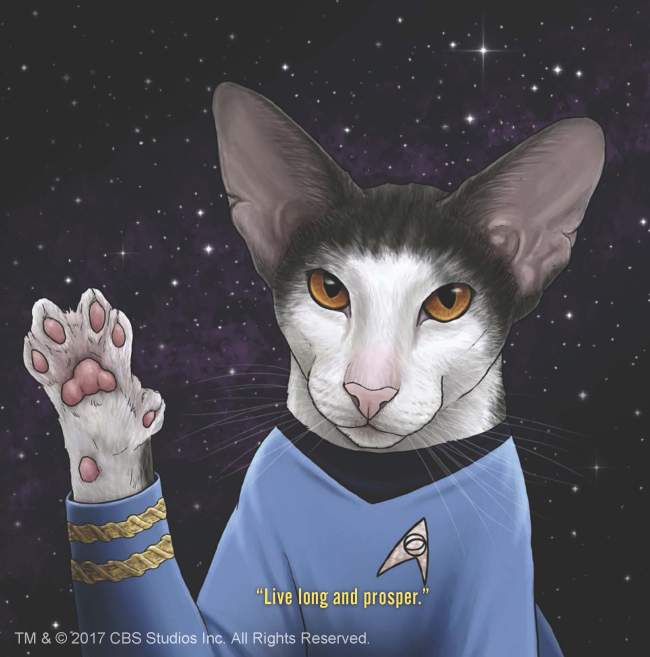 Speaking of awesome Star Trek things, have you seen the newest teaser for Star Trek: Discovery? As previously reported, production officially kicked off and we got our first behind-the-scenes glimpse at the new uniforms as well as the captain’s chair. The series will take place before Captain Kirk’s adventures on the S.S. Enterprise, but there’s no premiere date as of yet.