Because THANK GOODNESS NOT EVERYONE IS HORRIBLE. 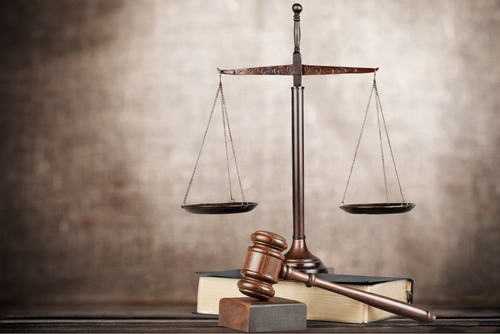 We’ve been hesitant about covering the Brock Turner case further, because it just seemed to be horrible thing after horrible thing, and we were like WE GET IT, WORLD! RAPE CULTURE EXISTS! THANKS FOR HAMMERING THE POINT HOME! But now, there’s some slightly good news.

As reported by Buzzfeed, the Santa Clara County Office of the District Attorney has had Judge Aaron Persky removed from an upcoming sexual assault case involving a male nurse who allegedly sexually assaulted a woman under anesthesia. District Attorney Jeffrey Rosen petitioned for a new judge after, rightfully, questioning Judge Persky’s ability to be free of bias in a case like this. You’ll recall that, despite convicted rapist Brock Turner’s crime being punishable by up to 14 years in prison, Judge Persky didn’t want to have a “harsh impact” on him, so he sentenced him to six months. There’s a possibility that he could get out even sooner for “good behavior.”

However, just because the DA has asked for a new judge this time for this particular case doesn’t mean that this is a decision that will be made lightly in future. He says, “This is a rare and carefully considered step for our Office. In the future, we will evaluate each case on its own merits and decide if we should use our legal right to ask for another judge in order to protect public safety and pursue justice.”

This DA isn’t the only one questioning this judge’s abilities. It’s been difficult for Judge Persky to keep jurors in his other cases as, once potential jurors see who their judge might be, several have removed themselves from consideration in protest. According to Jezebel’s Stassa Edwards, “as many as ten prospective jurors have refused to serve under Aaron Persky…[in an unrelated case]…one prospective juror stood up and said, ‘I can’t believe what you did,’ referring to the six-month sentence Persky gave Turner after the ex-Stanford student was convicted of three felonies, including assault with the intent to commit rape. Another juror said, ‘I’m sorry, I can’t be here.’ […] Each time a juror refused, Persky said ‘I understand,’ thanked the juror and dismissed them.”

If our legal system continues to employ judges like Aaron Persky, it’s comforting to know that there are methods in place by which judges who demonstrate a clear bias can be removed from a case. The judges that preside over sexual assault cases should value the lives of the victims. Case closed.