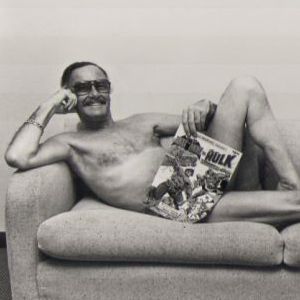 I know I was looking for a new female superhero, and the idea of an intelligent Hulk-type grabbed me. …Never for an instant did I want her as a love interest for Hulk. Only a nut would even think of that. — Stan Lee, speaking to The Washington Post’s Comic Riffs.

Stan Lee’s reasons for creating She-Hulk (which we covered in our piece on David Goyer‘s comments yesterday) might not have been entirely as he says, but the problems with the screenwriter’s statements stand. For one, Goyer’s perfectly confident his words will be respected even if they reveal a broad ignorance of both the in-comics appearances of the character he’s talking about and the known industry stories of their creation. For another, he’s perfectly comfortable with at-a-glance assigning a female character to the “just there for the T&A” box, a trend we’ve seen over and over again with male movie reviewers and Black Widow. And further, his statements do nothing to shame these hypothetical sex-fantasy-crazed writers who created his hypothetical She-Hulk or hold them responsible for being a part of the problem of women’s representation in genre fiction.

It’s especially worrying Goyer thinks having an origin which might be related to male sexual desires allows one to dismiss the entire history of a character outright, given the relationship between the personal life of William Moulton Marston and the themes of early Wonder Woman comics, and Goyer’s own work creating the foundation for Wonder Woman’s first appearance in a live action feature film and his duties as writer for the first Justice League movie.