As if we couldn't love her even more. 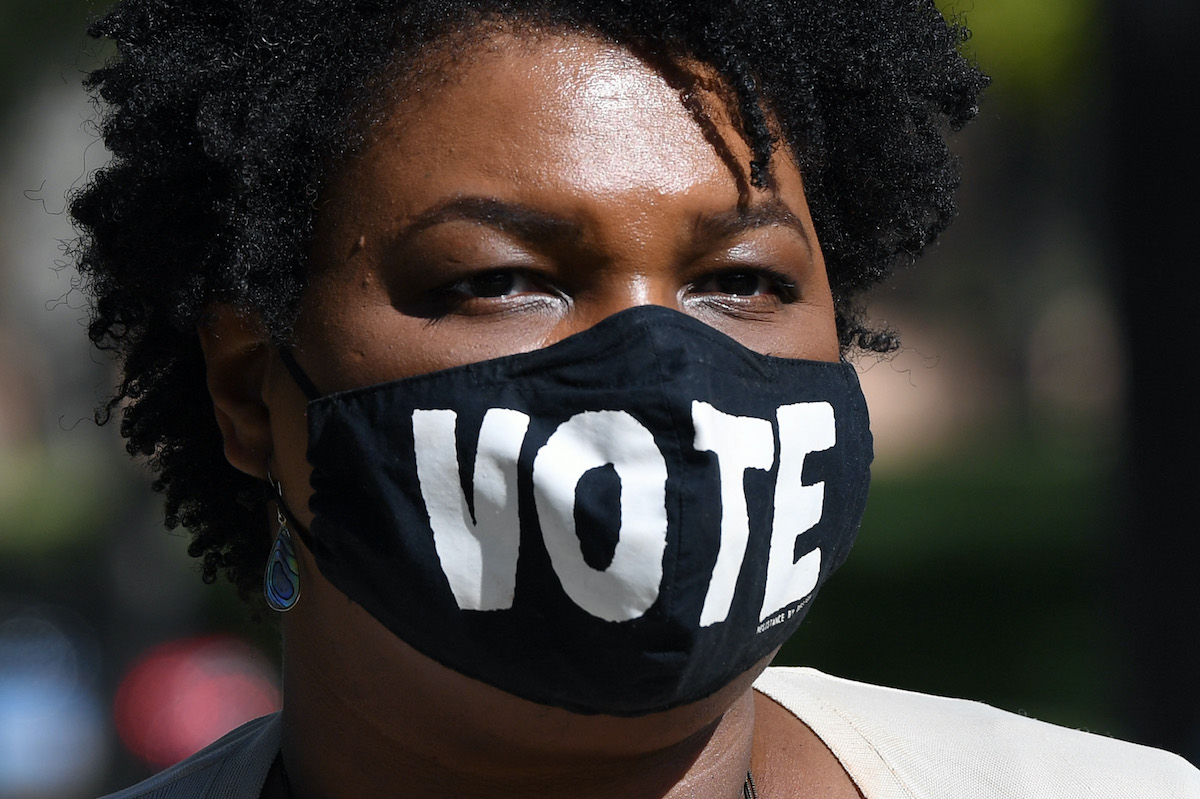 Stacey Abrams, the 2018 Georgia Democratic gubernatorial nominee who came incredibly close to beating her Republican rival—even in the face of massive voter suppression, of course—has been nominated for the Nobel Peace Prize. And, as expected, haters have lost their freaking minds.

They couldn’t understand why Abrams would be nominated for such an award. And yes, I understand that being nominated for the Nobel Peace Prize doesn’t mean that you’ve won. Awful people nominate Donald Trump all the time, and he never gets anywhere close to winning, because why would he? But it’s still something Abrams deserves for the hard work she’s put into fighting voter suppression and making nonviolent change via the ballot box.

Abrams was nominated by Lars Haltbrekken, a member of Norway’s socialist party, who said, “Abrams’ work follows in Dr. Martin Luther King Jr.’s footsteps in the fight for equality before the law and for civil rights.” He continued by saying, “Abrams’ efforts to complete King’s work are crucial if the United States of America shall succeed in its effort to create fraternity between all its peoples and a peaceful and just society.”

Needlessly challenging this nomination are folks who think that there are bigger issues going on in the world, as if anyone holds a monopoly on what should be nominated across the entire world instead of by country and the specific issues they’re dealing with. Then, there are others who think that Abrams was one of many who put the work in to flip Georgia in the 2020 election, so why should she get the nomination? Still others just showed their racist behinds and let the world know that they don’t think a Black woman should be nominated for such an award, or complained that she would get the award ahead of Donald Trump and Jared Kushner, who supposedly deserve it more for all their work on … *footage not found.*

Seriously, those are real responses you can find on Twitter if you really want to see something awful today, although there have been plenty of positive ones to counter them, which we’d much rather share here.

Here we have those who have seen the light and know that Stacey Abrams is the queen we all know her to be. She put in the time, hard work, and patience it took to make actionable change in an extremely important election. Of course she should be nominated, and I can’t help but think of all the young girls and women, many who are Black, that see this nomination as hope for their dreams in the future. That’s why this nomination matters.

Stacey Abrams being nominated for the Nobel Peace Prize is the most deserving & unique choice I have ever heard! If she was to win for her work to create peaceful change via the Ballot Box would be an affirmation of #MLK‘s life long mission of non violent change!! #staceyabrams

The first thing that really made sense to me in 2021 was hearing that Stacey Abrams was nominated for the Nobel Peace Prize.

Give it to her, please.

THIS! Made my day, my WEEK! Heck, maybe even the whole month
I’ll bet she’s just getting going too
It is going to be so fun watching all the wonderful things she will continue achieving
And all the future generations who will benefit and accomplish, inspired by her greatness

By extreme contrast with recent unwarranted nominations of Presidential relatives and others, Stacey Abrams is just the kind of leader who should be considered for a Nobel Peace Prize.

Aww… I am so happy for her. She deserves this. Americans fighting to save their democracy deserve her.

Why didn’t she become a representative for Georgia? Oh right; the voter suppression. The thing she has crusaded against and hopefully conquered.

I told myself I wasn’t going to cry today.@staceyabrams was nominated for the Nobel Peace Prize.

Hold all my calls.

Well deserved recognition for a woman who kept on the path and never gave up. She is a role model to every single person in leadership roles! Stay the course no matter what because hard work and dedication pays off in the long run!