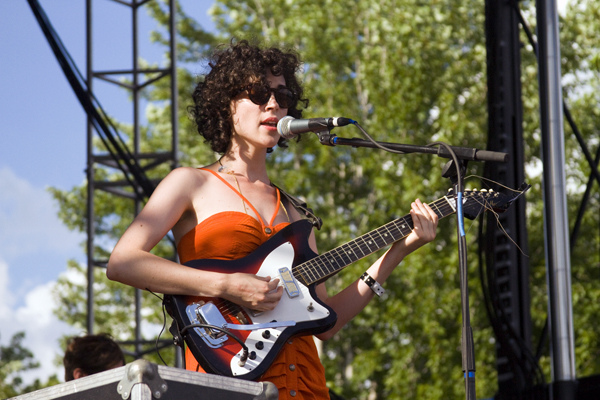 Oscar Wilde’s 1890 novel The Picture of Dorian Gray is returning to the big screen with a big twist: the iconic title character who falls into a hedonistic lifestyle will be a woman.

Variety had the exclusive, writing that the project would be helmed by Annie Clark, better known as the musician St. Vincent, in her feature debut with Elle writer David Birke. St. Vincent made her directing debut not too long ago with the horror short “Birthday Party,” an installment in the female-driven anthology XX. It sounds like she’ll be right at home in the Gothic genre.

There have been a lot of adaptations of Dorian Gray in the past, as well as a lot of Dorian Gray-inspired media. There aren’t any additional details about whether the film will maintain the 19th century setting or take a more modernized approach, but it’s sure to be an interesting installment.

It’s not rare for horror narratives—iconic monsters stories especially—to approach adaptation with female version of these characters. We can look at every “Daughter of” story as examples, but films like Dr. Jekyll and Sister Hyde or Frankenstein Created Woman draw out interesting aspects of the original story with curious looks at female villany. Apparently, this isn’t the first time as a made for television film called The Sins of Dorian Gray (1983) featured a female Dorian who was ” an actress and photographic model.”

What kind of approach do you want to see to Wilde’s story? Personally, I would love a version that not only features a female Dorian, but also female versions of Basil and Henry.