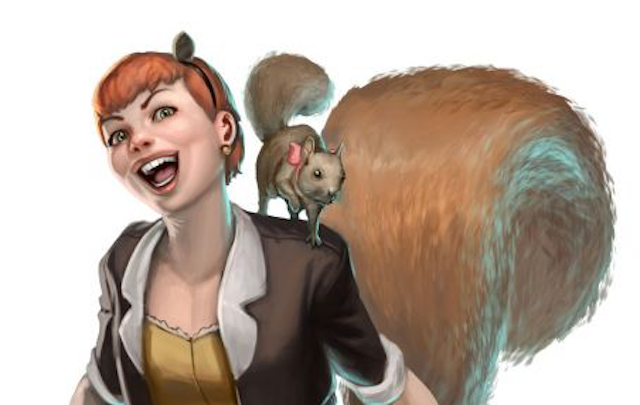 The big news today is that Marvel is expanding into the comedy TV realm. A New Warriors television show has received a 10-episode order on the Freeform network, set to feature Doreen Green, a.k.a. Squirrel Girl. This announcement seems ironic given Marvel’s ongoing fallout over a VP’s comments about the “failure” of diverse titles.

The Hollywood Reporter broke the New Warriors story. Here are the deets:

New Warriors revolves around six young people with powers living and working together. With powers and abilities on the opposite end of the spectrum of The Avengers, the New Warriors want to make a difference in the world…even if the world isn’t ready. With Freeform focused on a group dubbed “becomers” — those experiencing a series of firsts in life, including first loves and first jobs — New Warriors explores the journey into adulthood, except in this world, they’re not quite super and not yet heroes and the guys can be as terrifying as bad dates.

The series will feature Marvel fan-favorite “Squirrel Girl” (aka Doreen Green) as a totally empowering fan girl who is described as tough, optimistic and a natural leader. Doreen is confident and has the powers of a squirrel: she’s acrobatic, can fight and talk to other squirrels. Her most important trait is said to be her faith in people and ability to teach them to believe in themselves.

Freeform is a channel that focuses on young adult content, so the “journey into adulthood” angle for the New Warriors works here. (We hope there are still cool fight scenes. And many scenes with Doreen talking to squirrels.) Marvel is also creating the drama Cloak & Dagger with Freeform, so it’s doubling down on expanding its television range into younger markets. Apparently, Kevin Biegel, who worked on Scrubs and Couger Town, is in talks to write and showrun the New Warriors.

I’m a fan of Marvel’s TV offerings, and it’s about time they got into the comedy game, not to mention produced a show that is potentially family-friendly. New Warriors sounds promising, and I’m loving the concerted emphasis on Squirrel Girl that Marvel’s PR ran with.

But forgive me for being just a tad bit cynical about this announcement coming as Marvel continues to get rightfully pummeled for VP of sales David Gabriel’s disparaging comments over the weekend about audiences not wanting titles that feature diverse characters, specifically referencing female characters. While Gabriel later tried to backtrack—citing Squirrel Girl amongst the characters that fans are excited about—fans haven’t forgotten so quickly. The New Warriors press feels very well-timed to be distracting. “Look! We do care!”

If anything, the New Warriors deal directly refutes Gabriel’s assertions. Marvel will take a character that is already fan favorite and make her a household name, and likely make a boatload of cash and see a surge in sales of Squirrel Girl titles and merchandise. The fact that the Internet is abuzz about Squirrel Girl today proves all that all these characters need is equal attention and promotion, and they’ll fly right over the heads of the old guard.