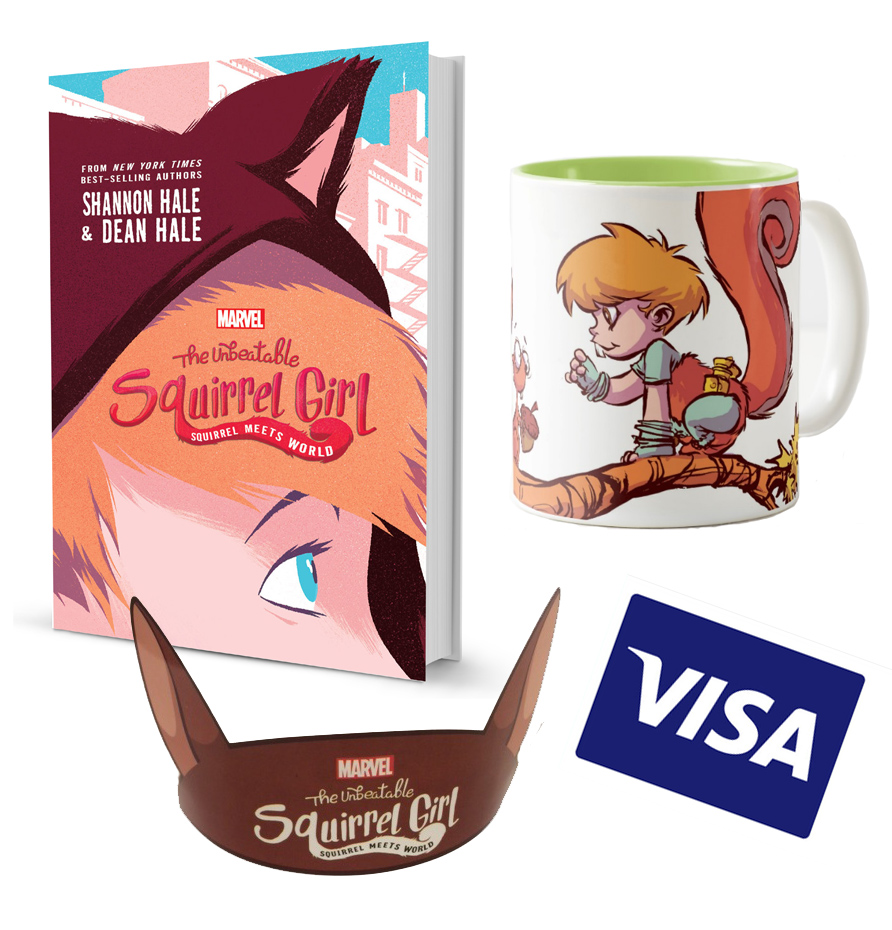 Comic lovers, this giveaway is for you! (Assuming “comic lover” to The Mary Sue community may as well be synonymous with “Squirrel Girl lover.”)

We’ve got a prize pack to coincide with the release of The Unbeatable Squirrel Girl: Squirrel Meets World novel by Shannon and Dean Hale (in stores next Tuesday, February 7, 2017), including a copy of the book, for one lucky winner! Here’s what we’re giving away (shipping to U.S. addresses only), courtesy of Marvel Press:

All you have to do to get your paws on these goodies for yourself is tweet the following, in its entirety and with no alterations, any time through Friday, February 3 at noon (you must also follow The Mary Sue Twitter account so we can send a DM to notify you of victory)!

I’m here to enter @TheMarySue and Marvel Press #SquirrelGirl giveaway, #EatNutsnKickButts, and I’m all out of nuts. https://www.themarysue.com/squirrel-girl-book-giveaway/

About the book (check out an excerpt!):

“Fourteen-year-old Doreen Green moved from sunny California to the suburbs of New Jersey. She must start at a new school, make new friends, and continue to hide her fluffy tail. Yep, Doreen has the powers of … a squirrel!

After failing at several attempts to find her new BFF, Doreen feels lonely and trapped, like a caged animal. Then one day Doreen uses her extraordinary powers to stop a group of troublemakers from causing mischief in the neighborhood, and her whole life changes. Everyone at school is talking about it! Doreen contemplates becoming a full-fledged Super Hero. And thus, Squirrel Girl is born!

She saves cats from trees, keeps the sidewalks clean, and prevents vandalism. All is well until a real-life Super Villain steps out of the shadows and declares Squirrel Girl is archenemy. Can Doreen balance being a teenager and a Super Hero? Or will she go … NUTS?”