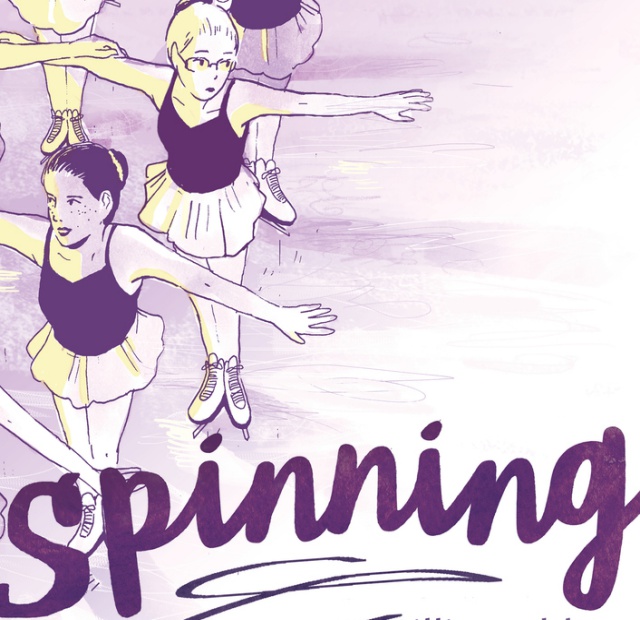 For weeks, my best friend kept coming up to me saying that I had to—I absolutely had to—read Spinning. I was promised a bucketful of tears and a heart full of queer feelings; that is exactly what I was given after reading Spinning by cartoonist Tillie Walden.

In Tillie Walden’s graphic memoir (published on September 12), ten years of her life are recounted, in which her mornings and nights are consumed by competitive figure skating. Initially, the structure, the intensity, and the competition are things that give Tillie comfort, a steadiness until her family decided to move from New Jersey to Texas. It is there that Tillie’s world begins to change, the routines she’s set up for herself slowly fade away, and the emotional needs she requires are more than ice-skating can provide.

What I find so powerful about Spinning from a narrative perspective is the honesty with which the author tells her story. While Tillie is our protagonist, we’re allowed to see her selfishness, her ambition, and her almost elitist behavior with the other girls, and recognize them as faults. Her parents are shown to be caring and distant. The emotional vulnerability is also clear as she recounts feelings of longing for both emotional love and romantic love. My absolute favorite panel is when she recounts the first time she knew she was attracted to women.

“I never ignored the fact that I was attracted to them. I had known I was gay since I was 5. Now I was almost 12. A teacher’s aide had shown me how to hold your sleeve when you put your jacket on. I still remember her hands on my shoulders. I didn’t have a word to describe it yet, but in that moment I knew.”

While Spinning is not about coming out, Tillie doesn’t need to go through a crisis to know she’s gay either (yay!), but her falling in love and infatuation with other women while she’s closeted only helps to illustrate how not acknowledging that part of herself to others keeps her in a box that’s getting smaller by the minute.

Being young and gay is still hard, despite how many strides we have taken as a society. Homophobia is all around us, and just because people don’t stigmatize women as much for holding hands and even kissing, that doesn’t mean everyone’s suddenly OK with lesbians. Coming out means risking relationships and hearing a lot of “I like you—but not like that” comments from same-sex friends.

Ice skating is shown for the physically and emotionally intense experience that it is, with one scene in particular with some busybody parents that made me want to find each one of them and shake them for shaming a child. It also provides this binary between Tillie, who in her everyday life is very tomboyish in her appearance, to the hyper-glamorized world of ice skating, where you have to wear a full face of makeup to then go sweat, and are punished for showing a bra-strap or panty-line, despite having to do spins and kicks. But Tillie is drawn to it and to women who managed to meld into that world in the seamless way she cannot.

As a work of art, Spinning excels at using shadows, darkness, and whitespace to illustrate Tillie’s joys, fears, and loneliness. Not to mention her athleticism and that of the other skaters.

When we call for a diversity of queer voices, Spinning is emblematic of why that call is there. There are so many stories to tell in so many ways that until we see them, it’s hard to believe it never existed before. Tillie’s story is about a young woman trying to get to a place in her life where she can be whole without compromising the pieces of herself that mean the most. As an artist, a lesbian, and ultimately, as a woman on the verge of self-truth.

Spinning is beautiful and brilliant so yes, you might want to prepare yourself for the feels. 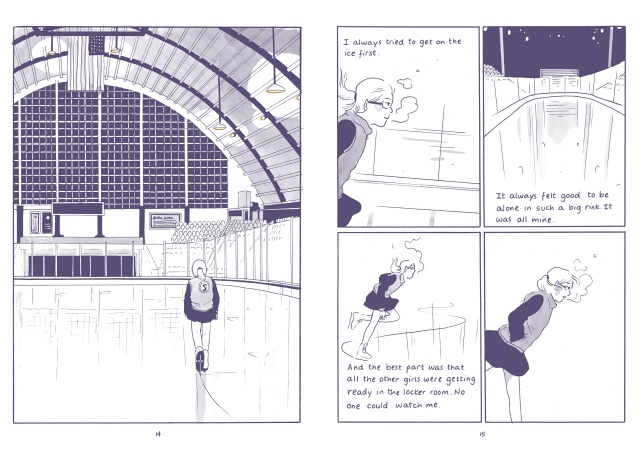 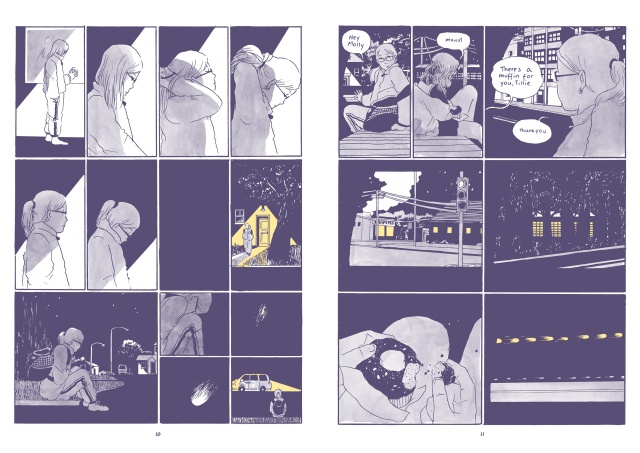