The film will be a spin-off of December's Spider-Man: Into the Spider-Verse. 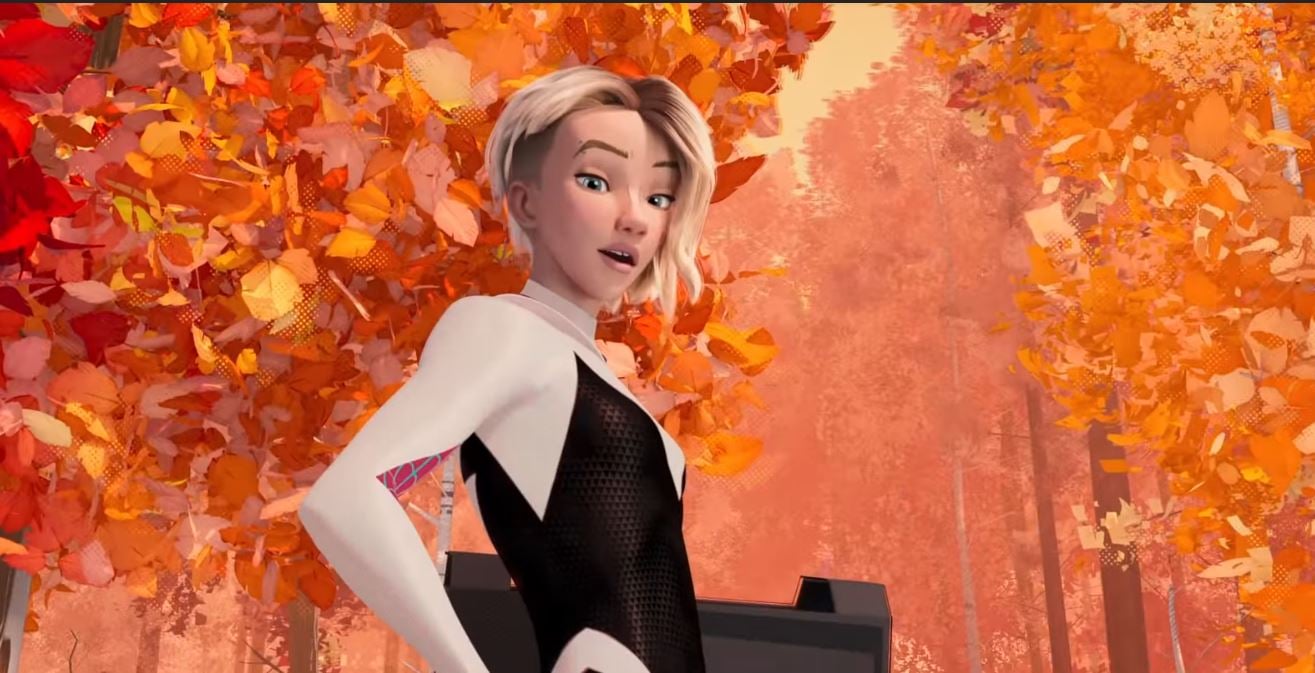 Spider-Man: Into the Spider-Verse won’t hit theaters until Christmas day, but Sony is already ramping up plans for an exciting new spin-off: an all-female Spider-Women animated film. Few details have been released for the film, which will be the first animated theatrical film centering on female superheroes ever.

In addition to its focus on female characters, Sony is assembling a crew of women to helm the spin-off. Lauren Montgomery (Batman: Year One, Wonder Woman) is in talks to direct, from a script written by Bek Smith (Zoo). Phil Lord and Chris Miller (The LEGO Movie), who developed the Spider-Verse film (with Lord co-writing the script) are expected to be creatively involved in the spin-off.

While little is known about the plot of the film, it is rumored to be centered on a family with three generations of web-slinging women. It’s a pretty sure bet that one of those women will be Gwen Stacy/Spider-Gwen, who is already set to appear in Spider-Man: Into the Spider-Verse, where she will be voiced by Bumblebee‘s Hailee Steinfeld.

Spider-Gwen has been a massively popular character since her first appearance in Edge of Spider-Verse #2 and her glorious un-fridging. Her solo comic series was a bestseller when it came out in 2015, and she has since appeared in the animated series Ultimate Spider-Man, Spider-Man, and Marvel Rising: Initiation. She has also been a playable character in a wide range of Marvel videogames, including Future Fight, Puzzle Quest, and Lego Marvel Super Heroes 2.

But who else could be joining Gwen Stacy in a Spider-Women movie? There are plenty of characters to choose from, but here are the most likely characters to appear in the film: 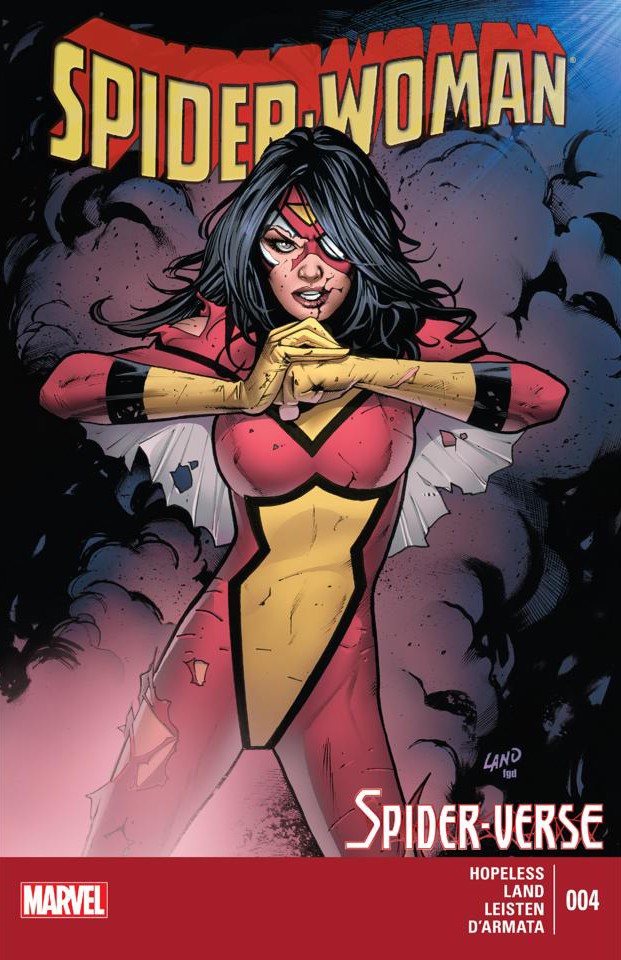 Jessica Drew is the O.G. original Spider-Woman, who dates back to the 1970’s. The character was very popular in the late 70’s and early 80’s before going dormant, but was then revived in 2005 for Brian Michael Bendis’s New Avengers. Throughout her run, Jessica has been a spider that evolved into a woman (an origin story that was quickly scrapped), an unwilling HYDRA agent, a spy, a detective, and a Skrull in disguise. Girlfriend has not had it easy. 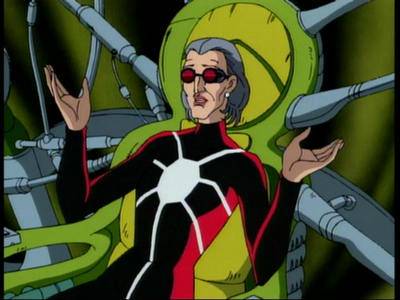 Madame Web is an older clairvoyant woman, whose ill health forces her to remain in a spider web-like contraption that functions as life support. She is paralyzed and blind, but also has precognitive mutant abilities. Could be a good contender for the eldest generation of Spider-Women, despite not having any spidey abilities. 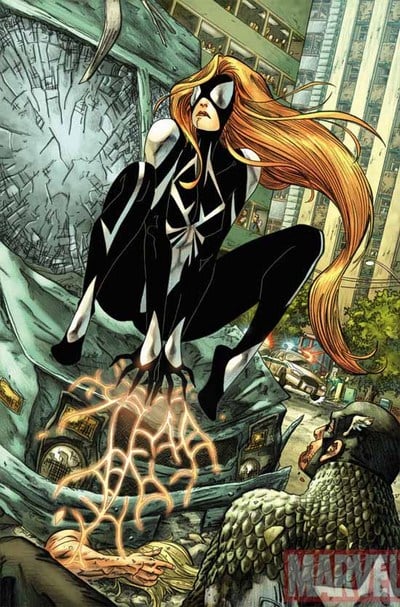 Coming on the heels of Jessica Drew, Julia Carpenter is probably best known for her black and white suit and for her ability to create webs out of psionic energy. She is also known as the second Arachne and the second Madame Web. 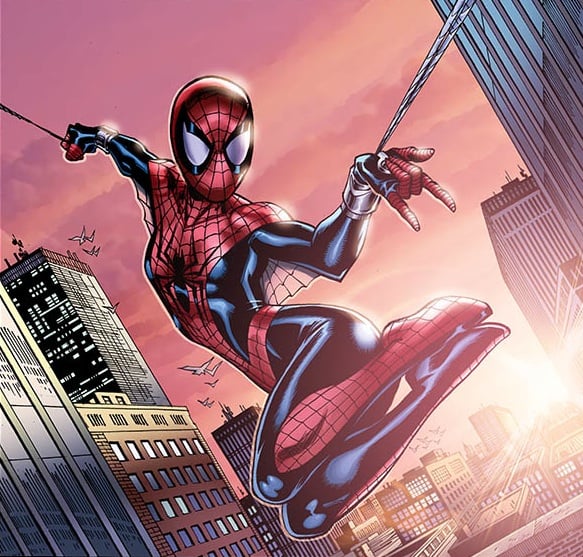 May “Mayday” Parker is the teen daughter of Peter Parker and Mary Jane Watson, who originated in the MC2 alternate universe. While a popular and long-running character, I would bet money that the Spider-Women film will be placing their teen-spidey hopes squarely on Gwen Stacy. Better luck next time, Mayday. 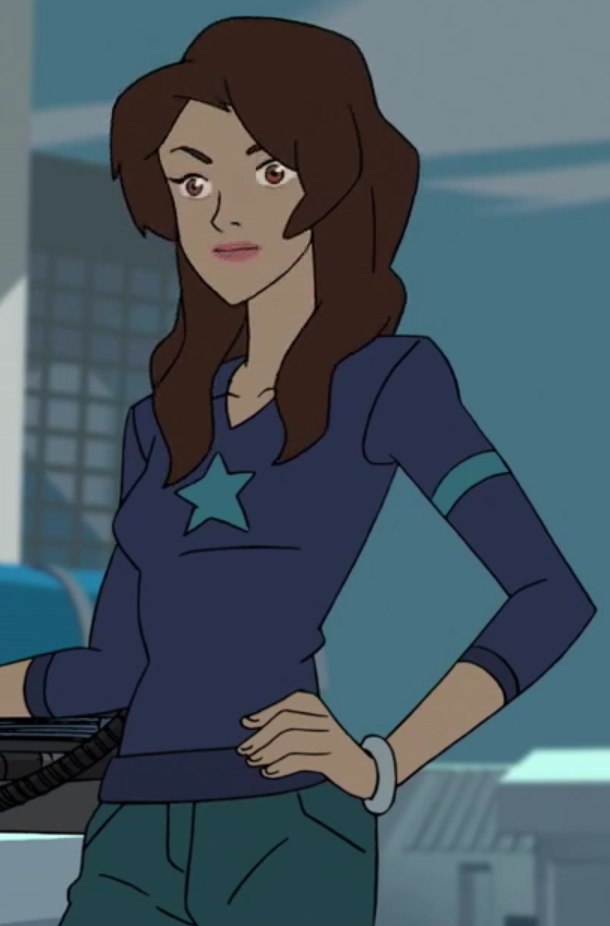 If the Spider-Verse spin-off is still in the market for another teen character, the Latina Spider-Girl Anya Corazon is a great and inclusive option. Anya rocks sneakers, track pants and yellow goggles as her uniform, giving everyone a welcome break from all that spandex. Oh, and she has the ability to generate a blue exoskeleton for protection. 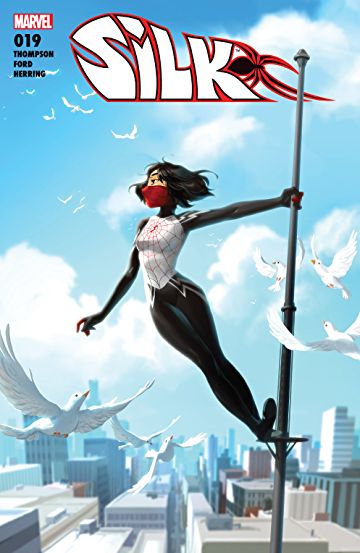 Korean-American student Cindy Moon was also bit by the same radioactive spider that sunk its fangs into Peter Parker (can somebody put a bell on this thing?), making her one of the first Asian-American entries into the Spider-Verse. Silk is a crime-fighting superhero with an eidetic memory, but she also struggles with family drama and anxiety issues.

The only thing keeping her out of the film? A planned live-action feature of her own.

Who are you hoping to see in the Spider-Women movie?