Spider-Man has faced many foes throughout the years in his comic book adventures, as well as onscreen. Peter Parker is, in a lot of ways, one of the few heroes who has taken on so many villains on the screen that we haven’t seen that much overlap. Sure, we’ve had the Green Goblin (sort of) twice, but that’s more just because Harry Osborn is an important part to Peter’s story in both the Raimi Spider-Man films as well as in The Amazing Spider-Man.

Now though, Peter is going to have to face off with a new foe for the third installment to the Tom Holland Spider-Man films (I’m trying my hardest to not call it Spider-Man 3), and the question remains: Who is it going to be? There are so many heroes that Peter has yet to face onscreen, and with the uniqueness of the Sony/Marvel deal, we’re getting into even more obscure territory on who they get to include from Spidey’s canon.

To make matters even more exciting, Peter Parker is currently (in the canon of the MCU) on the run because J. Jonah Jameson outed him as Spider-Man after Mysterio released a video framing Peter Parker for his death. So, who can Peter face off against in the upcoming film? I have some suggestions.

This is my favorite choice. I’ve already talked about how it makes sense that Kraven the Hunter would be the next bad to take on my sweet boy, but the truth of the matter is that they set it up almost perfectly—mainly because Sergei Kravinoff is a hunter who is known far and wide for his ability to find and trap/kill anything. That would most definitely come in handy while everyone is looking for Spider-Man.

There have been whispers that Kraven the Hunter was getting his own movie or that he’d be a part of the third Spider-Man film, but no one has actually come out and said that’s true. So, we could very well see Kraven in the movie, or it might be something else entirely that he shows up in. Either way, it’s would be fun to see Peter take him on.

Felicia Hardy is, in a lot of ways, a character that reminds me of Catwoman. It’s probably why I love her. Known as Black Cat in the world of Peter Parker, she’s a thief. I wouldn’t even necessarily call her a “villain”; she’s just not a hero. Thrown into the same life of cat burglary as her father, Felicia Hardy’s origin story isn’t one for the faint of heart. Filled with abuse, revenge, and hating the idea of being a “victim,” Felicia took to the same life as her father with ease, and I suppose, in a lot of ways, she’s an anti-hero.

BUT it would be incredible to see her and Peter Parker face off (or even work together) in live action. There are plenty of connections between the two (including a love story), and Black Cat often goes back and forth between a life of crime and helping Spider-Man, so it would be fitting if he was to meet her while he, himself, was on the run from authorities (even if it’s over something he didn’t do). 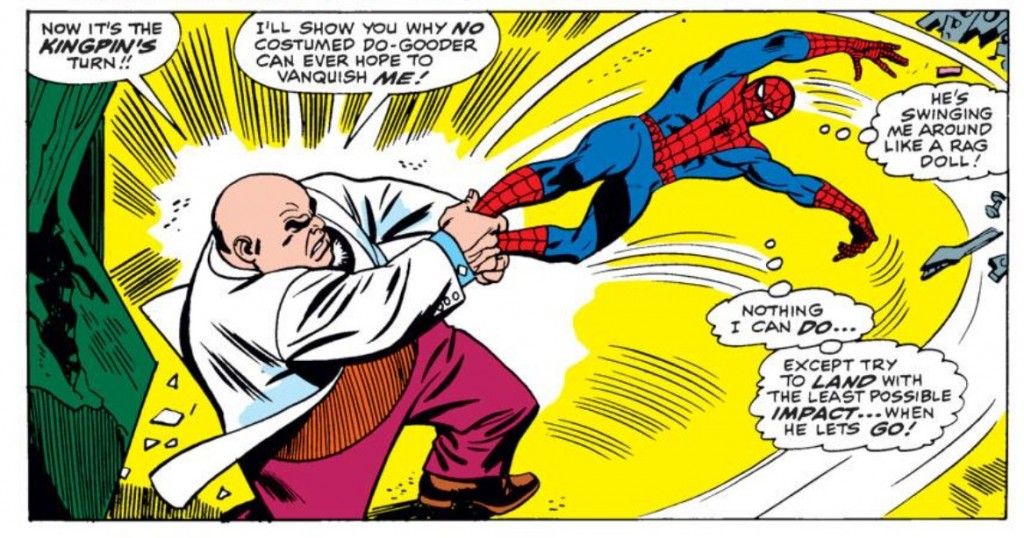 Wilson Fisk loves to terrorize our New York-based heroes. If he isn’t taking on Matt Murdock, then he’s right up in Peter Parker’s business. The thing about Fisk is that he operates in the dark and works in the shadows to get what he wants done. So, while Peter is hiding, why wouldn’t he come in contact with Fisk?

Technically, the Marvel Cinematic Universe already has their Fisk, and I, personally, don’t want that to change. Imagine Vincent D’Onofrio, who is 6’4″, taking on 5’9″ Tom Holland? It’d give us that iconic Fisk stature and would connect the Netflix MCU into the film world even more. I WANT IT!!!! 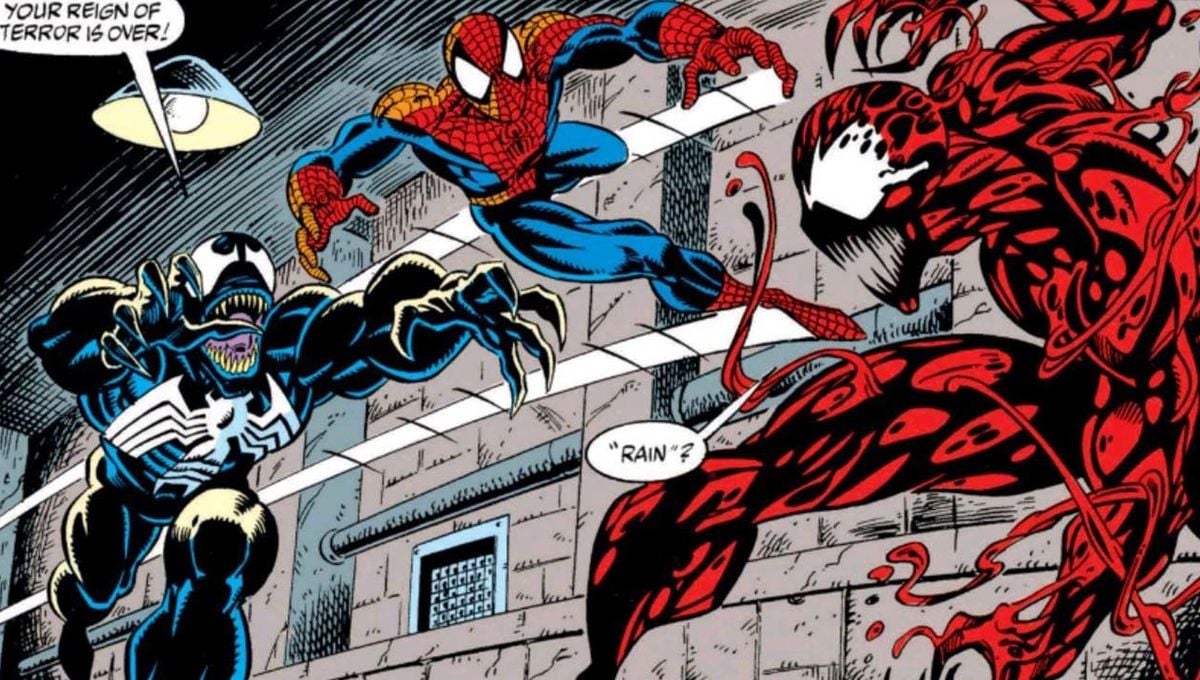 Carnage is, technically, already part of the cinematic Spidey world. In the credit scenes for Venom, we see Woody Harrelson as Cletus Kasady in jail, and he says, “When I get out of here, and I will, there’s going to be carnage,” which then bleeds into the second Venom film, officially titled Venom: Let There Be Carnage. So … why not have that carry into the third Holland film?

The thing is, Venom and Carnage are HUGE Spider-Man villains normally, but with the Sony deal and how Venom was … pretty much the downfall of the first Spider-Man trilogy, it seems as if they’re taking a different approach with that character. It also helps that the Venom movie, as a whole, was completely off the rails and made me fall in love with Eddie Brock and his symbiote. Carnage, though, is a completely different ball game.

Carnage is scary because unlike Venom, who connected with reporter Eddie Brock, Carnage finds Cletus Kasady, who was a serial killer. So … what a lovely combo. But, the point is that it would fit in with where Venom is heading and would be a nice tie-in between the Sony films and Tom Holland’s movies, and … I guess, at that point, just bring in the Sinister Six to take on Peter. I wouldn’t be MAD about it. 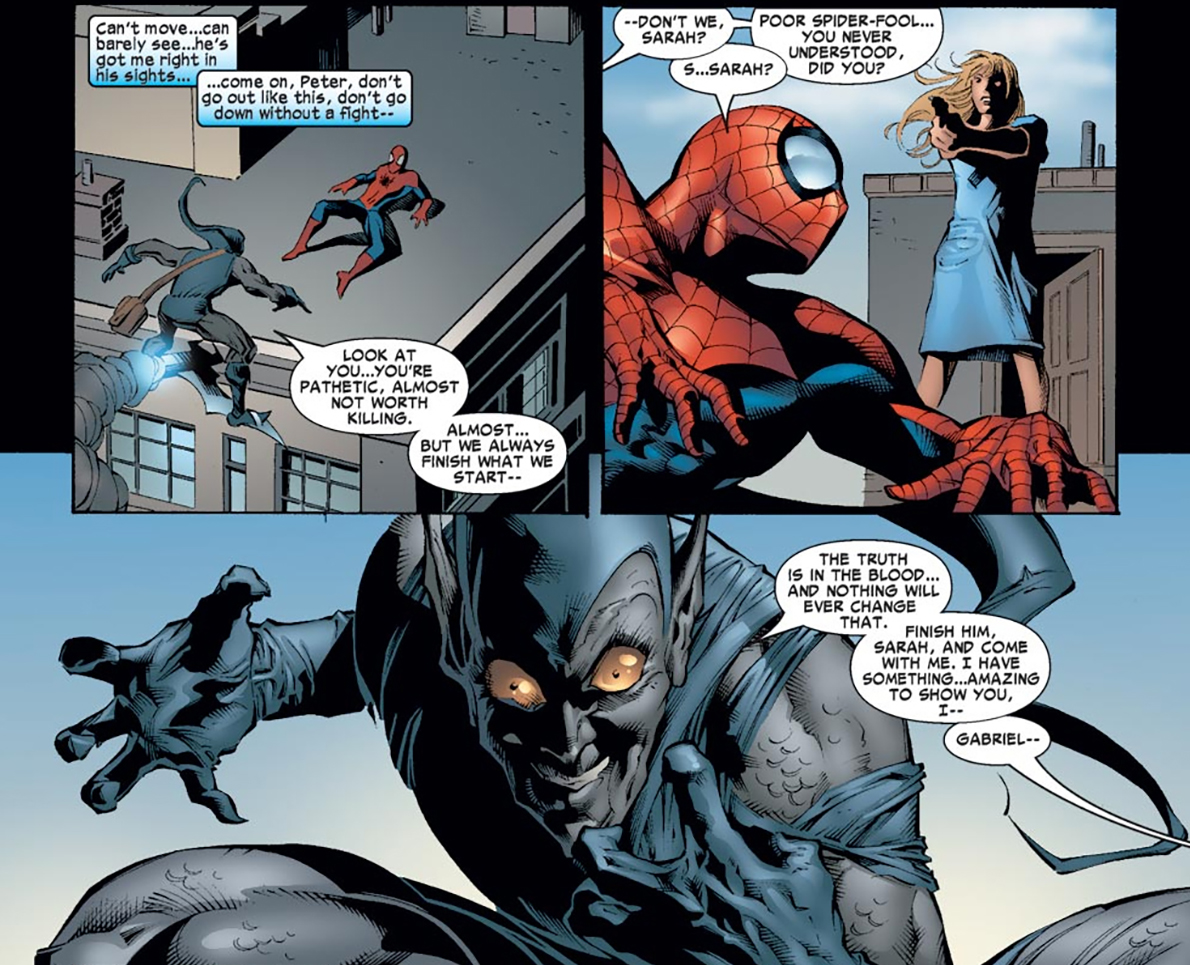 I am but a lover of Gwen Stacy. In fact, I want to play Spider-Gwen if they ever decide to make a live-action version of the character, but there are also some … interesting storylines centered around Peter Parker’s first love, like the origin of Gray Goblin. Named Gabriel Stacy, he is the son of Norman Osborn and Gwen Stacy—yes, you read that right. I also think it’s strange, but the multiverse of comics is vast and ever-changing.

That being said, it’d be interesting to have a different Goblin in Spider-Man’s world, and I say this because I, frankly, don’t think anyone else can even TOUCH Norman Osborn/The Green Goblin after Willem Dafoe. (I will forever have nightmares in the best possible way over his portrayal of the character.) That being said, the Gray Goblin is at least connected to Norman and would tie a different version of Gwen Stacy into the MCU world.

I don’t mind these different versions of the Goblin. I liked Dane DeHaan as the Green Goblin in The Amazing Spider-Man 2 because it wasn’t Norman again. I just think that, after seeing Dafoe playing Norman (much like how I feel about J.K. Simmons as J. Jonah Jameson or Alfred Molina as Doc Ock), there isn’t really anyone else I want to see bring the character to life. And there are SO many other villains and even other Goblins that I don’t think he needs to be touched. So, I would take a Gray Goblin coming for Holland’s Parker.

Cover your ears and accept the idea that Shriek would make a great villain against Peter Parker. One of the fun things about Peter is that he often has these villains with a “gimmick” if you will. Mysterio was a master of illusions (a.k.a. a liar) and Shriek loves to make terrible puns about her sonic scream. Joining Carnage after his escape from Ravencroft Institute, Shriek would be a cool addition from Peter Parker’s world that could then enter the Sony world (much like Vulture) and into whatever the plans are for Carnage there.

Frances Louise Barrison didn’t have the easiest life. Growing up, her mother was abusive and caused Frances to have issues with her weight, her mental state, and eventually, led her into a life of drugs. There, she lost herself and eventually was shot in the head by police and was sent to the Cloak’s Darkforce Dimension, which awakened Shriek’s latent mutant abilities.

Shriek would be an interesting villain for Peter to take on because so far, we’ve seen him fight the father of the girl he had a crush on and someone who had a grievance with Tony Stark and the Avengers. Seeing someone like Shriek come for the younger Spider-Man could be a fun new adventure for him to go on. Plus, who doesn’t want to see a live-action Shriek? 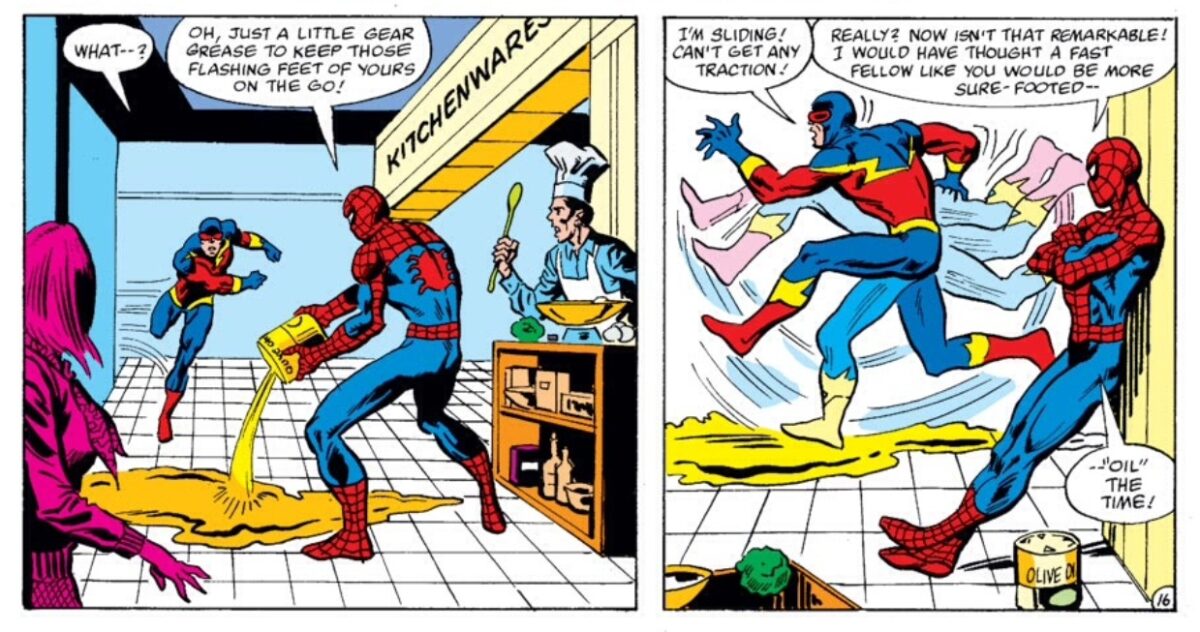 He can run really fast, he can heal really quickly, and I’d honestly pay good money to see Peter Parker outsmart Speed Demon by just getting him stuck somewhere. James Sanders was a chemist who worked for Hudson Pharmaceutical Company of West Caldwell, New Jersey. Mad about his life, he took powers gifted to him by The Grandmaster in exchange of joining a team to fight for him.

Speed Demon isn’t exactly anything special, but I can just hear Peter Parker being confused as James Sanders starts running near him, and that, alone, would be worth it.

To be honest, I wouldn’t put it past Vulture to come back into the picture, especially since he’s going to make an appearance in Morbius, but the fact of the matter is that we have no idea about who Peter Parker is facing off against next, and I’d take any of these villains. In fact, I’d even take Green Goblin or Doc Ock. (And I wouldn’t hate it if there were a multiverse excuse to bring Willem Dafoe and Alfred Moline back in the roles!) I just want more Spider-Man content in my life.

Anyway, I wouldn’t exactly be MAD if Tom Holland’s third film included “A Freak Like Me Needs Company” from Spider-Man: Turn off the Dark either.