Let’s Talk About the End Credits Scenes for Spider-Man: No Way Home 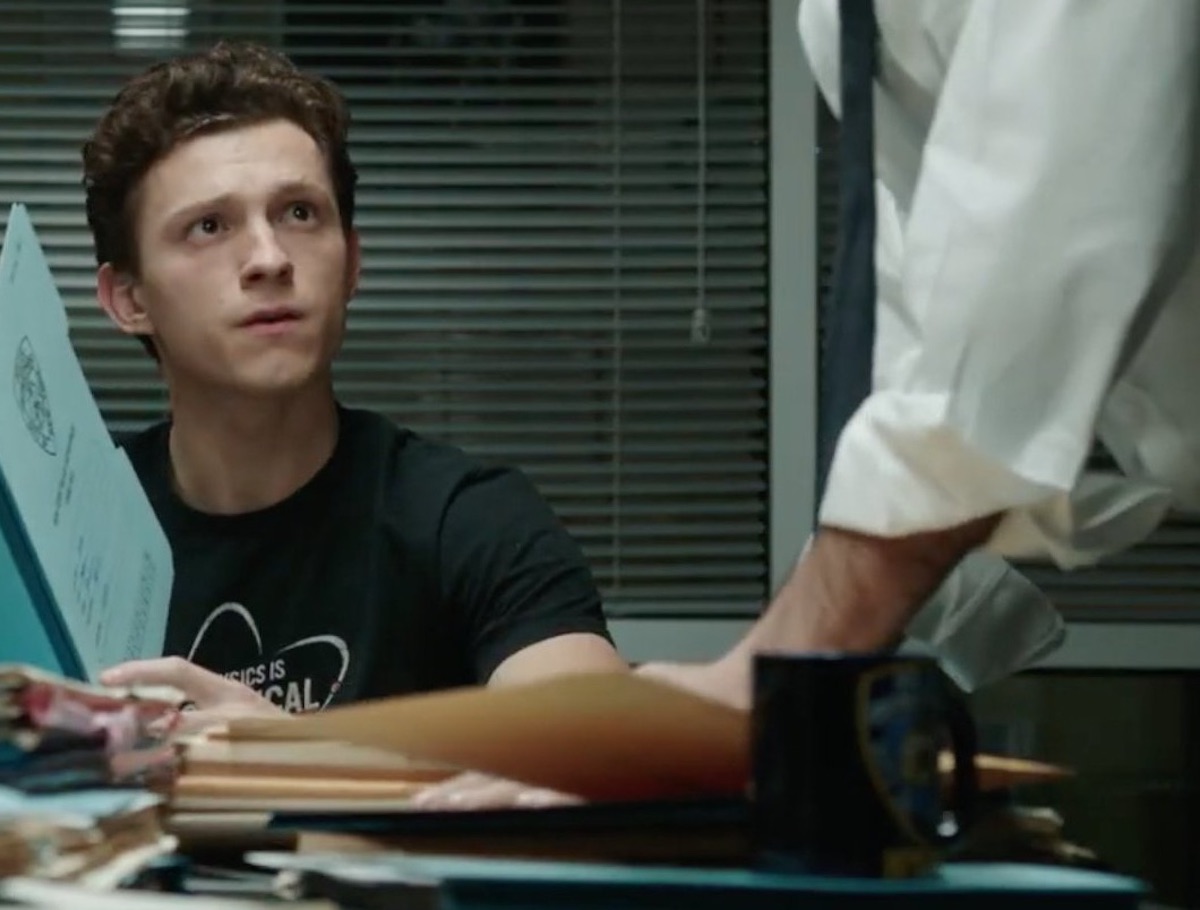 Spider-Man: No Way Home has finally hit theaters, and with it comes waves upon waves of fans looking to talk about every aspect of the film. While we’re going to get into everything in the coming weeks (because how can we not?!) there are also aspects of the movie that set up the future of the Marvel Cinematic Universe as a whole, part of that being the end credits scenes. For those who want to know, ahead of time, what exactly they’re waiting for as the credits roll, there are two end credits scenes attached to Spider-Man: No Way Home.

While we’re used to Marvel having little snippets of the future for our favorite heroes in the credits of their movies, Spider-Man: No Way Home really set up what is to come for the MCU, as well as some other faves, so let’s get into what happened in them!

**Spoilers for Spider-Man: No Way Home lie within.**

Eddie would get drunk in Mexico

First of all, it makes sense that Eddie Brock would spend his entire time in a new universe investigating Peter and where he is, only to waste that time getting drunk in Mexico before being taken back to his world. Second, I like that they didn’t also throw Venom into the mix in the movie itself because, if anything, it should have been Topher Grace as Eddie Brock at that point, because of Spider-Man 3.

But the fact that Eddie Brock was just hanging out in Mexico and drinking with bartender Dani Rojas (Ted Lasso star Cristo Fernández plays a bartender waiting on Eddie) and then deciding it is time to do something but it’s too late? It’s just … so in character for that version of Eddie Brock, and I think it fits perfectly for the kind of movie that No Way Home is, as well as teasing fans just a little bit.

And by teasing … well … they did leave behind a little Venom for us all to scream about in the coming months. As Eddie gets taken back to his universe, we see a bit of black goo on the bar, and right before it fades to black, it begins to move as Venom does in symbiote form. What does this mean for the introduction of Venom into the MCU? It’s hard to say! But it seems like this may be the beginning of Marvel’s universe getting its own version of the character that becomes more closely tied to Spider-Man himself than Sony’s Tom Hardy version.

The second scene was just a full-on trailer for Doctor Strange in the Multiverse of Madness, and while I loved seeing my girl Wanda Maximoff and getting glimpses of America Chavez, I am also extremely worried for what it means.

As we saw throughout Stephen Strange’s entire appearance in No Way Home, he blamed everyone else for mistakes he made, as he is wont to do. He even acknowledged that Peter is just a kid, and yet still barely explained things to him, gave it to Peter to figure out, and then when everything went sideways, still barely took the blame.

So, him reaching out to Wanda to try to get her to help him? I don’t like it. I don’t like that he’d blame her for something he did, and while it seems we may get a Strange v. Strange battle, I’m still just so frightened by what this movie is going to hold for Wanda, America, and the rest of the Marvel Cinematic Universe.

America Chavez, as described by Marvel.com, is a girl who will … well, punch you in the face. “America Chavez hails from the Utopian Parallel, a lush, wonderland dimension once threatened with destruction. After both her mothers died to save their world, America upheld their legacy as a Young Avenger and member of the Ultimates! Beyond super-strength and flight, America can punch star-shaped holes through dimensions.”

What we know about her in the MCU is limited, and she only got a brief nod in the Multiverse of Madness trailer, but we’re inching ever closer to fully bringing her to the screen. She’s being played by The Baby-Sitters Club star Xochitl Gomez and, in the trailer, has on America’s iconic star jacket, but other than that, we’re pretty in the dark about her MCU characterization. I just can’t wait to see her punch stuff, to be honest.

What do you think about Spider-Man: No Way Home? Let us know in the comments below!