“How Spider-Man: Homecoming Should Have Ended” Delightfully Fixes the Movie’s Flaws

“You gave a teenager a weaponized super-suit. Am I the only one who thinks this is weird?” —Superman

The folks over at How It Should Have Ended finally set their sites on this summer’s Spider-Man: Homecoming, a fun movie that I think we can agree also had its share of flaws. “After you guys submitted over 30 thousand script ideas we did our best to whittle it down to the most manageable batch of scenes. I think about 5,000 of you submitted the ‘language’ joke and the ‘because I’m Batman’ line,” HiSHE wrote on the video’s description.

Here they take us through some of the most head-scratching scenes, providing alterna-versions based on tongue-in-cheek logic rather than the need for big set pieces. Hooray for crowdsourced and funny fixes. 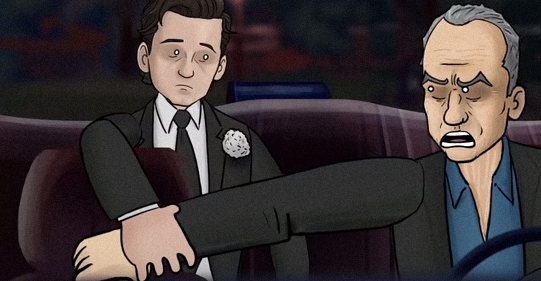 What if, say, Spidey had just popped into the bottom of the Washington Monument rather than try to scale the thing and get in from the top? What if Karen, the A.I. in his super-suit, had helped with more accurate calculations? What if Peter had just shut down the Vulture when he confronted him in the car before the dance? What if Happy Hogan had actually made sure his fancy plane full of ridiculously expensive and important materials was properly guarded? What if Superman and Batman were to take Iron Man to task over his recruitment of a minor? And what if Peter were to be confronted by the ghosts of Spider-man past and future? These questions, and many more, are addressed above.

(I also love how they’ve managed to depict Tom Holland’s features so well, and the exaggerated ‘New Yawk’ accent he sports sometimes here.) 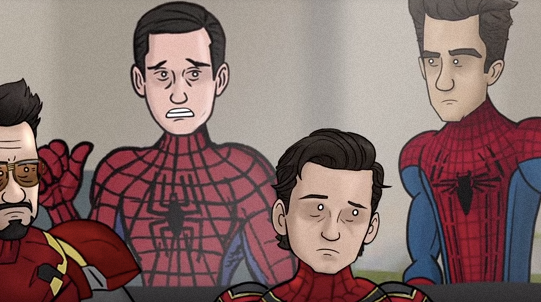 “Being replaced sucks. It sucks a whole lot.”

Can we agree this is a scene we never expected to see but that we are now better and more content people for having seen it?

(via How It Should Have Ended, images: screengrabs)