First things first: Spider-Man’s new movie suit now sports the “web wings” he originally had in the comics. Truth be told, I’m not 100% sure whether or not they were ever more than decoration in the comics, but I tried to read all of Amazing Spider-Man from the beginning once, and at least two paperback volumes in (before eventually giving up), I’m pretty sure they were purely ornamental. Here, where they’re received as a special gift from Tony Stark and flared out when jumping from a building, I’m imagining they’ll give him a bit of aerial maneuverability.

We’ve also got an appearance from Jon Favreau as Happy Hogan, reprising his role from the Iron Man movies, as well as a found-footage camera style. That fits right in with Peter’s YouTube habits from Captain America: Civil War, but I really hope it’s not something we’re subjected to too often in Homecoming, despite how much sense it makes for a modern, teen version of a superhero who’s historically known for setting up a camera to catch footage of himself.

It looks like the full trailer will debut on Jimmy Kimmel Live!

Tomorrow, Spider-Man comes home. Tune into @JimmyKimmelLive for a first look at the #SpiderManHomecoming trailer! pic.twitter.com/bBSKU9r4Wn

Otherwise, there’s not a whole lot going on here, because again, it’s a trailer for a trailer, which probably keeps happening because we’re all overzealous nerds who will gladly cling to any amount of footage, no matter how small. They’re onto us. Scatter! 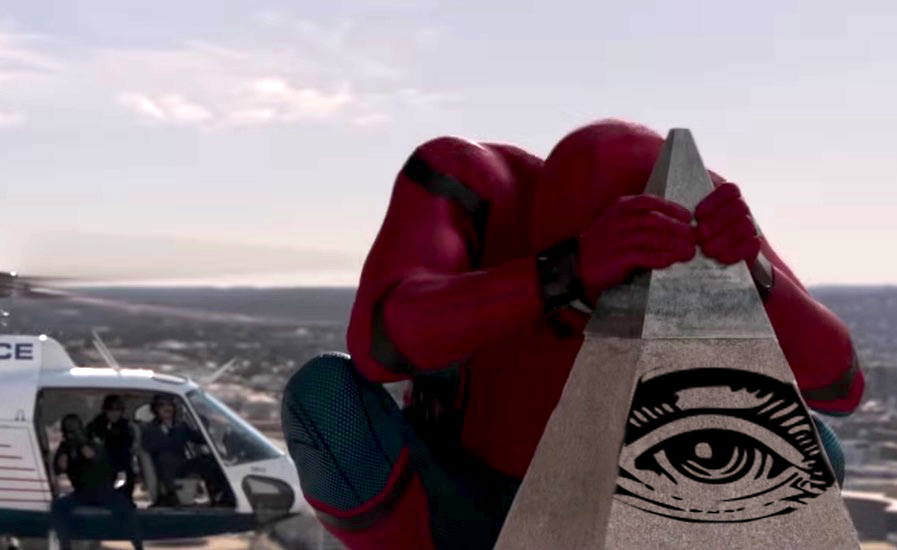 (via ComingSoon.net, image via screengrab)